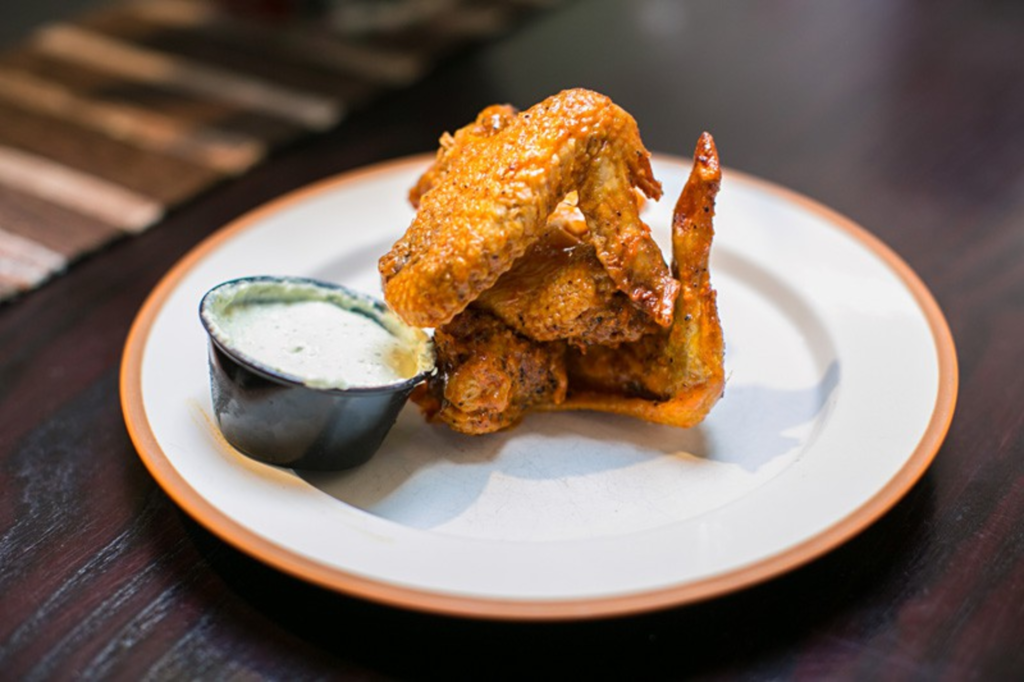 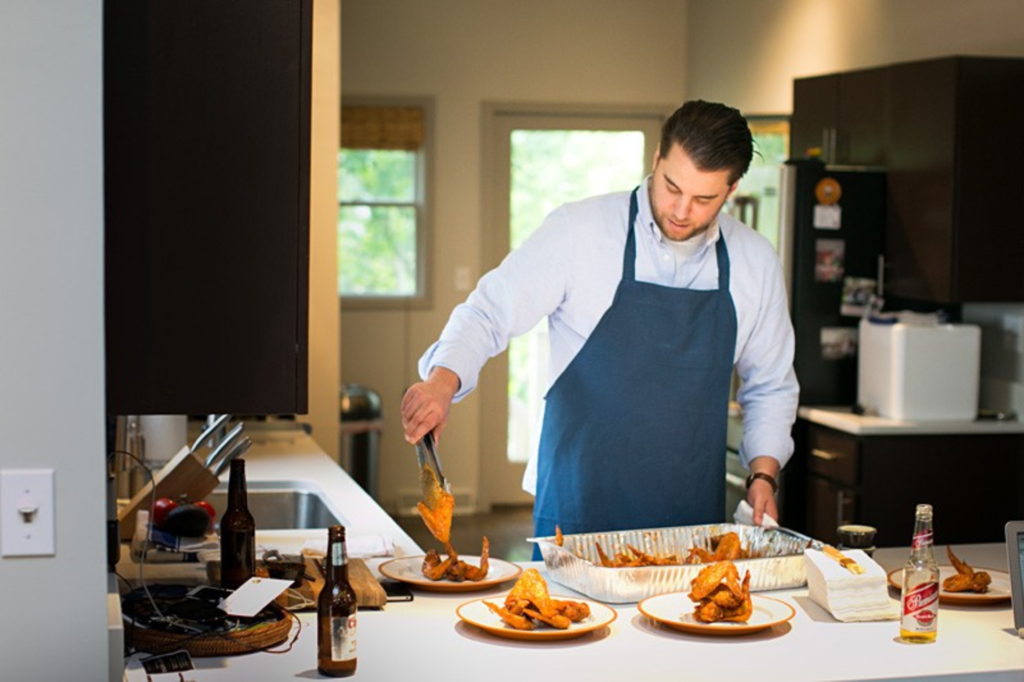 “Should we just get into it?” chef Aaron Confessori asks, moments after slipping on a blue apron.

Confessori, the owner of the Westport Café and Bar, dips his hands into the aluminum tray, where a dozen Peanut wings are snuggled together.

A day earlier, Peanut owner Aaron Whiteside delivered to my house a Styrofoam cooler packed with two vacuum-sealed bags of wings. I had tried to have them shipped, but he insisted on dropping them off after learning that I live in Kansas City.

For the last 10 months, Whiteside has been cooking (the wings are fried with the pan sauce poured on top), packing (they’re vacuum-sealed, frozen and nestled under dry ice) and shipping the wings to former Kansas Citians longing for a taste of home. This week, he started selling the sauces, sans wings, online at peanutwings.com.

I wanted to give the Peanut’s at-home wings a try, and Confessori, a Peanut regular for a decade, agreed to prepare them.

“I hope this doesn’t ruin it for you,” I tell Confessori. “I once made the clone version of Cadbury creme eggs, and I didn’t eat those for six or seven years after.”

I hand Confessori a Ziploc bag with a trio of wings — the results of my experiment the night before. I had picked up 25 uncooked wings at the Peanut’s Main Street location and turned my kitchen into a one-night chicken shack. The massive wings — both the drumette and the flat — could be fried only in threes in my new tabletop fryer from Target.

Confessori puts the baggie of three in the fridge and sets the timer on his iPhone to 17 minutes for the tray of wings in the oven.

“These look pretty darn good,” Confessori says as he removes the tray from the oven.

The wings have a bright-red pop of hot sauce. Confessori uses tongs to stack the V-shaped pieces into a tower on the plate. He pries the tops off a few beers, and we dig in.

“They’re tasty,” Confessori says, his fingers splotched with sauce. “What sets the wings at the Peanut apart is the black pepper. And they’re still messy. I thought they’d be drier.”

The meat is tender, but the skin isn’t quite crispy enough. A Saturday regular at the Peanut, along for today’s tasting, easily pulls apart a wing. The drumettes that stayed in the fryer the longest have browned and the skins tightened. They’re deemed the best approximation of the real deal.

“It’s pretty close,” Confessori says. “I think we’d just have to perfect the technique. I’d do it like we do at the restaurant: Everything is 500 degrees. That way, we get that caramelization, and it’s done as fast as can be. Next time, I’d just blast them at 500 degrees for five minutes at the end.”

Next time. Those are the key words. Confessori texts me a few days later: “Cold leftovers were very good.”

Next time has already happened without me.