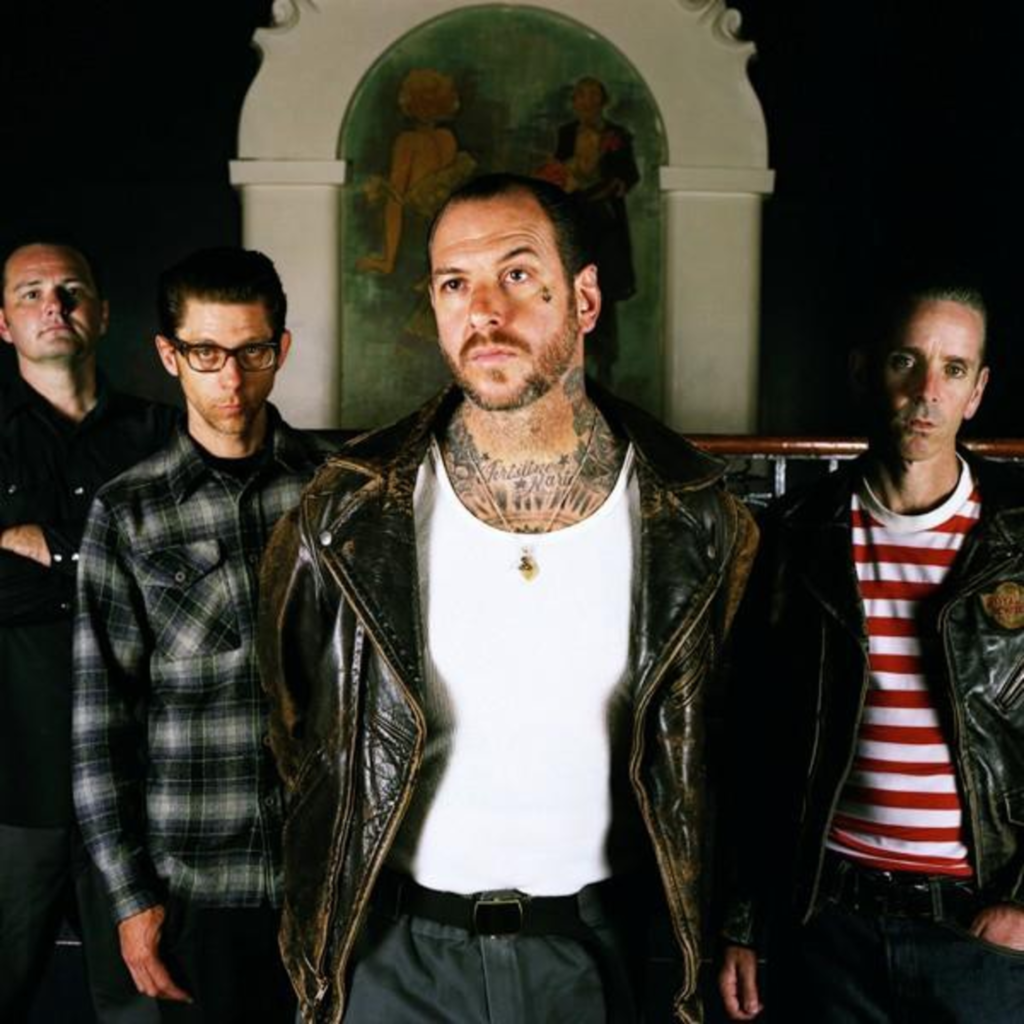 Few bands today can say they’ve been slogging it out together in the rock trenches for 30 years. But longevity is just one of the reasons that makes

After 30 years, founder and sole remaining original member Mike Ness still tours as hard as ever, is still copied by the younger generation and is still relevant. The road Ness chose, however, has not been an easy one.

Ness started Social D. in Fullerton, California, with friend and guitarist Dennis Danell (who died unexpectedly of heart failure in 2000) as response, Ness says, to “the shit that was around in the late ’70s and ’80s.” Social Distortion mixed a love for country, blues, roots music and rockabilly with the speed and message of punk, creating a style that would influence thousands, even as the band pushed through addictions, tragedy, triumph and devastating loss over three decades.

We caught up with Ness over the phone about the fact that his band’s so damn old, and also about turning his kids on to Johnny Thunders, his appreciation for the Killers, handling the death of Danell, the beauty of a chopped ’40 Mercury and, well, quite a lot, actually.

The Wayward Blog: Tell us about the new album.

Mike Ness: Well, we haven’t really started recording it yet. We’ll start in the studio in January, but we have been playing some of the new songs live in the set. You know, it’s been five years since our last studio record so we’re really excited.

Very good. We’ve been working all summer. We did Europe for five weeks, Canada for three, now we’re hitting up the States.

How are midwestern audiences different here then, say, New York, Europe or L.A.?

I really can’t decipher, you know, I’ve tried and I really can’t. There’s really more stuff in common then there are differences. More similarities than differences. You know what I mean? You would think there would be differences for different reasons. Like maybe in Spain they’re a little more vocal than Germany, but really our fans are pretty consistent across the Gourd.

How does it feel to be in one band for the past 30 years?

30 years, wow. It feels great. We never really thought it would last this long, ya know. I mean, geez, the average lifespan for a band these days is something like three years.

30 years is a long time for anything.

Yeah, exactly. I question all the time how do you do something for 30 years? Ya know, I think you gotta be stubborn and really love what you’re doing. It’s a combination of the two.

What made you want to start a band?

Because I love music so much, and I didn’t just want to listen to it — I wanted to play it too.

There is an obvious vein of country and rockabilly running through your music. Why such a connection to roots music?

After I got tired of all the British stuff — it was good in the late ’70s, early ’80s, but by the mid-’80s, there wasn’t really much happening, so I felt a real need to grab ahold of my American roots. You know, I saw a connection between early Americana music — whether it be jazz or blues or folk music, rockabilly, primitive rock and roll, bluegrass — I saw a connection from that directly to punk. It was working-class music, talking about working-class issues, the honesty of it and just the raw simplicity of it. Talk about rebellious music. I mean, please!