Michelle Markowitz is the owner and proprietor of Davey’s Uptown Ramblers Club, a Midtown entertainment institution. From Alejandro Escovedo and Freedy Johnston to goth DJs and burlesque shows, this family-owned operation has continued to host diverse local and touring acts and pour stiff drinks through the digital music explosion, a literal building explosion and the threat of a light rail running past the front door. Yesterday, to the sounds of the Grateful Dead, Michelle and I talked about iPods, Maker’s Mark vs. Old Fitzgerald and what it takes to stay ahead of the game.

The Pitch: What are your KC roots?

Michelle Markowitz: Born and raised in Kansas City. My family’s had the bar since Prohibition. It was at the location where Café Trio is on Broadway. Now we’re here at 34th and Main and relocated here after the explosion in ’49. My father bought the Bow and Arrow Rambler’s Club #2 which is what we currently call Davey’s Uptown Rambler’s Club. 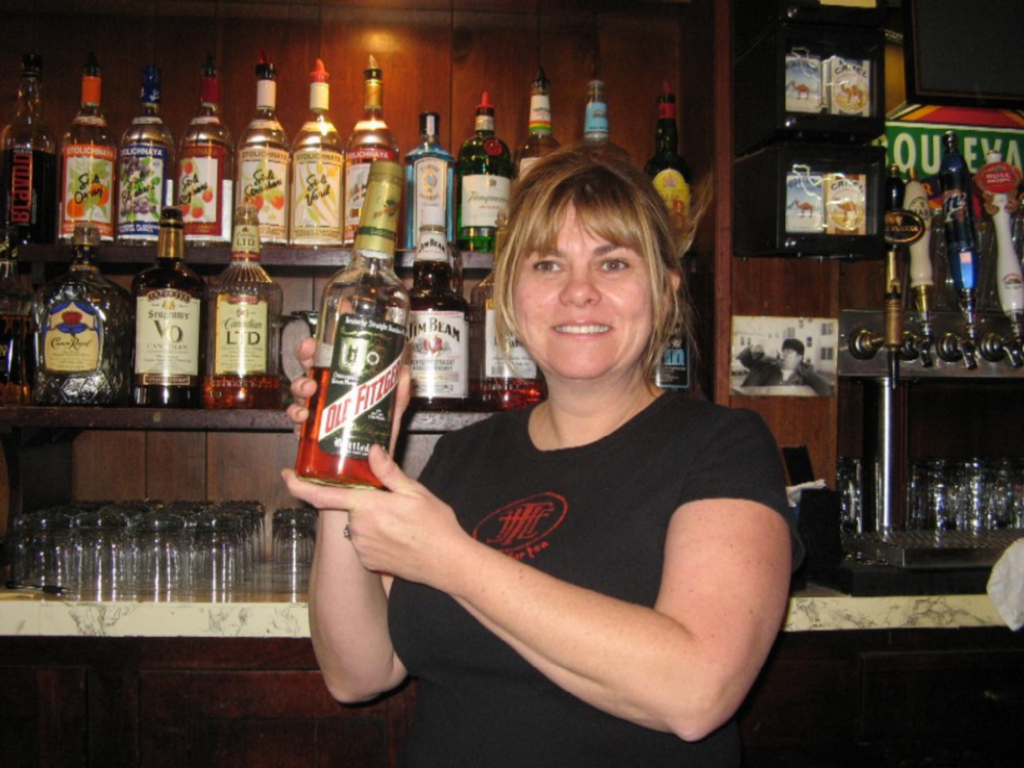 The Chickenhoof reunion with Hearts of Darkness would have to be the top, tied with this last Saturday’s show, which was Olympic Size, American Catastrophe and Expassionates, You don’t have enough paper in the book to write down all the ones I’ve seen in the last decade, because there’s been tons. A lot of great music comes through here … our doors and elsewhere. I don’t get out much, I have kids, so I don’t get to go to other places much, but I have to say in the 2000s, the Republic Tigers at the Brick [11-27-07]. Apocalypse Meow was last year, so I can’t put that in as my recent 30 day favorites. I would have to say that is clearly the most organized and locally talented music benefit that’s ever been done here. I would have to say that for sure. It was a truly memorable show and one of my top tops. As well as the one at the Record Bar the following day that had Sister Mary Rottencrotch and the Pedaljets, I thought that was stellar as well.