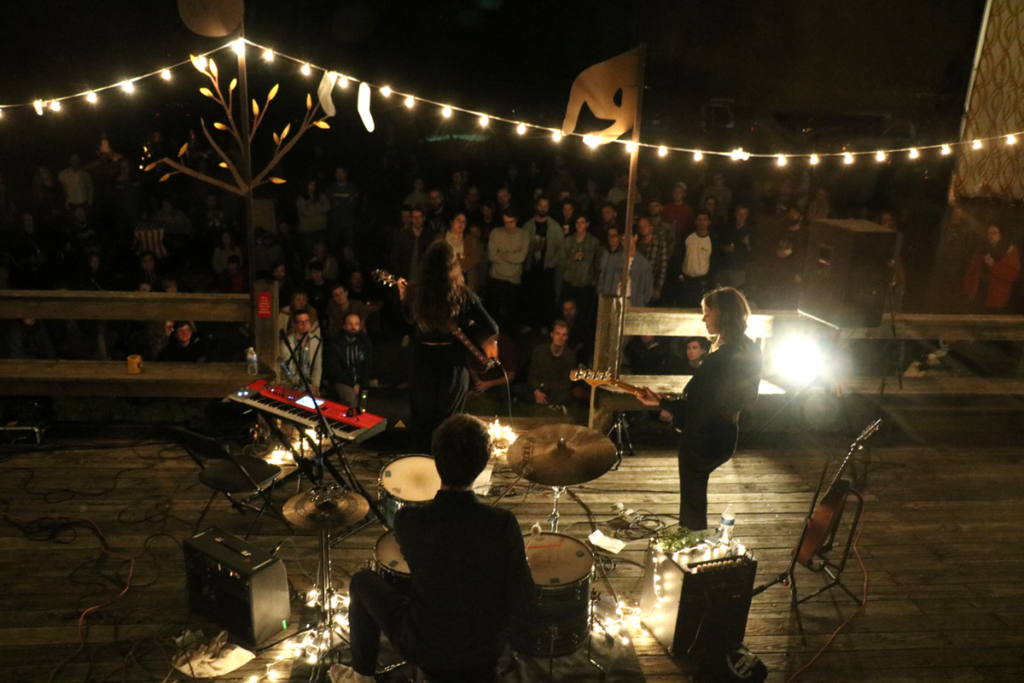 Petri Productions made the inspired decision to take advantage of Friday’s gorgeous slide into fall weather and move this show at Lawrence’s White Schoolhouse outside. By the time the show started, around 8 p.m., I’d helped park cars, gotten a fire going, and drank a blackberry gin and tonic. I was primed for a lovely show, and a lovely show I received.

When you hold shows in a relatively remote location a few miles from downtown, you get a crowd that wants to be there. People don’t wander in to a White Schoolhouse performance. So, when opener Night Shop (Justin Sullivan) told stories or paused between songs, it was whisper-quiet — the stillness broken only by crickets, passing cars, and the occasional train in the distance. 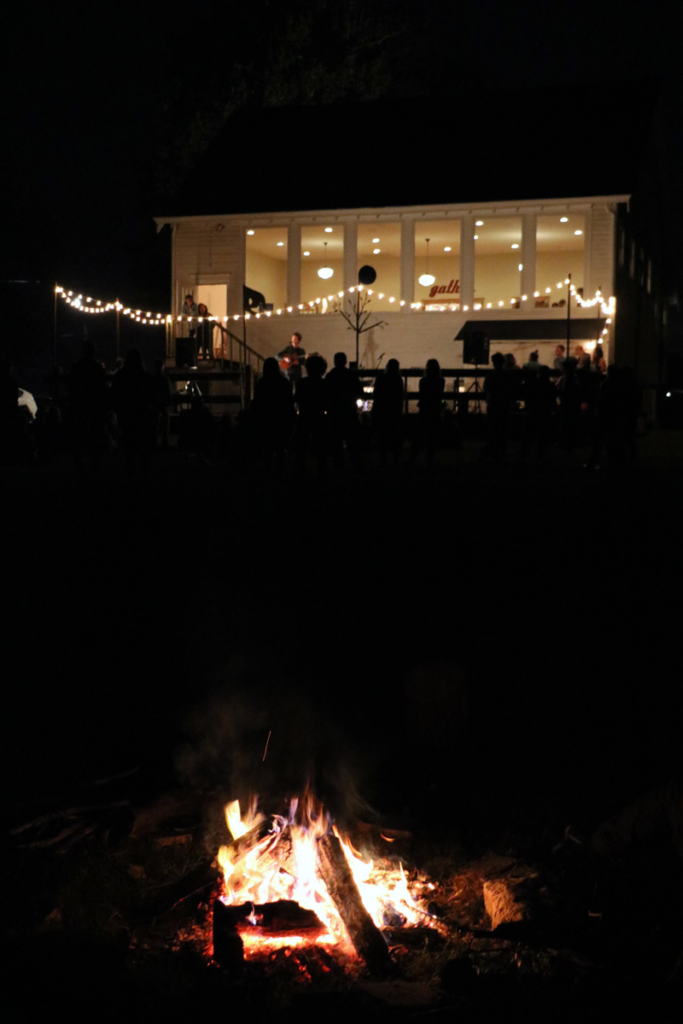 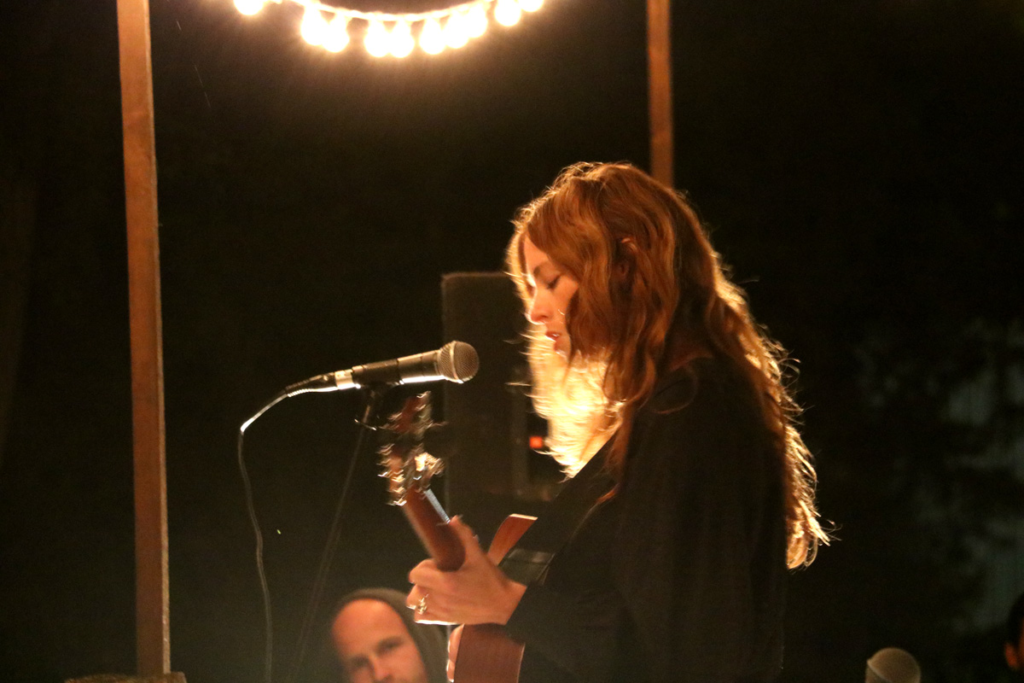 Magical! This show was absolutely magical, I tell you, and believe me when I also tell you that this opinion seemed to be shared by everybody else in attendance. People sat in camp chairs and sprawled across blankets on the lawn beyond the deck-turned-stage. Promoter Paige Batson floated around with a near-permanent smile on her face. Maybe it was the weather, maybe it was hot butterscotch cider with rum, maybe it was the pure, beautiful indie folk that floated through the trees. But it was a near-perfect night.

Night Shop and Anne St. Louis each played solo sets before Waxahatchee’s Katie Crutchfield took the stage. Crutchfield started solo, then brought in St. Louis and Sullivan to join her on bass and drums. Kevin Morby joined in for a couple songs as well. Keep an eye on the Schoolhouse’s social media — if they move a show outside again, do yourself a favor and attend. 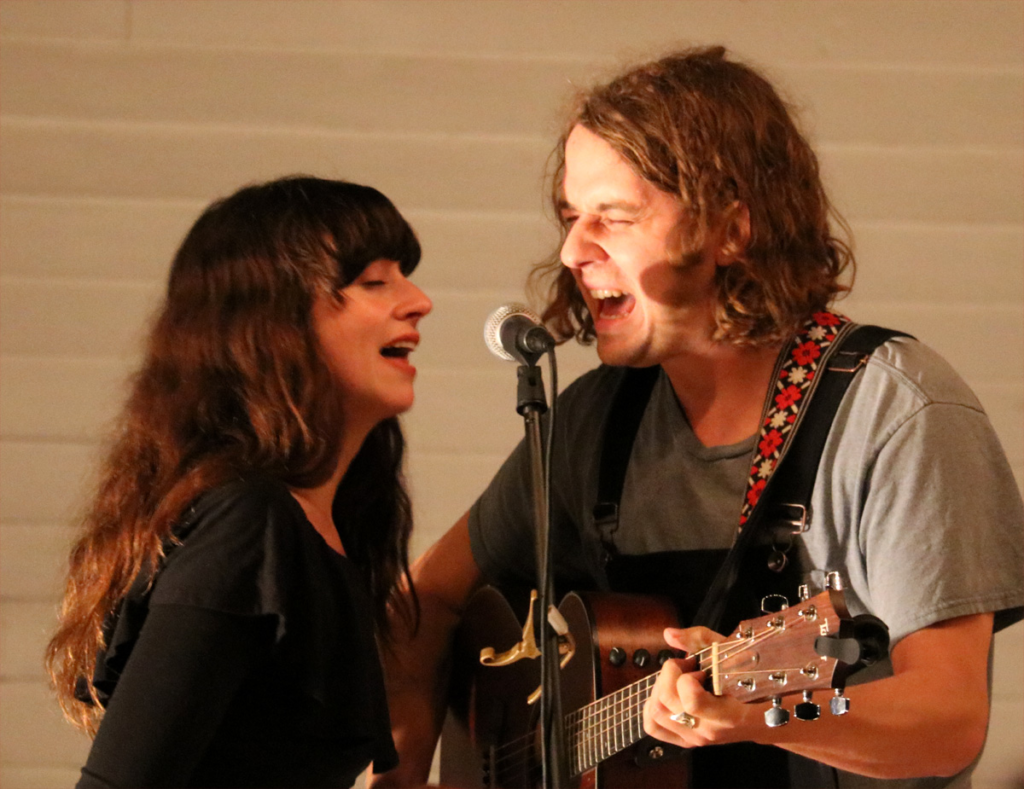 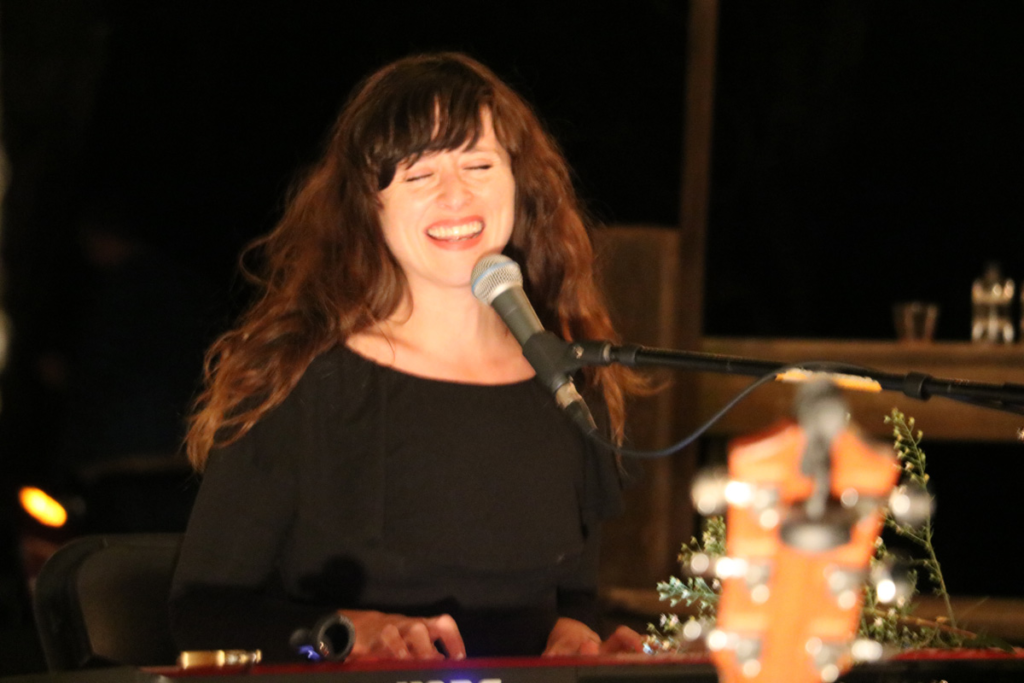 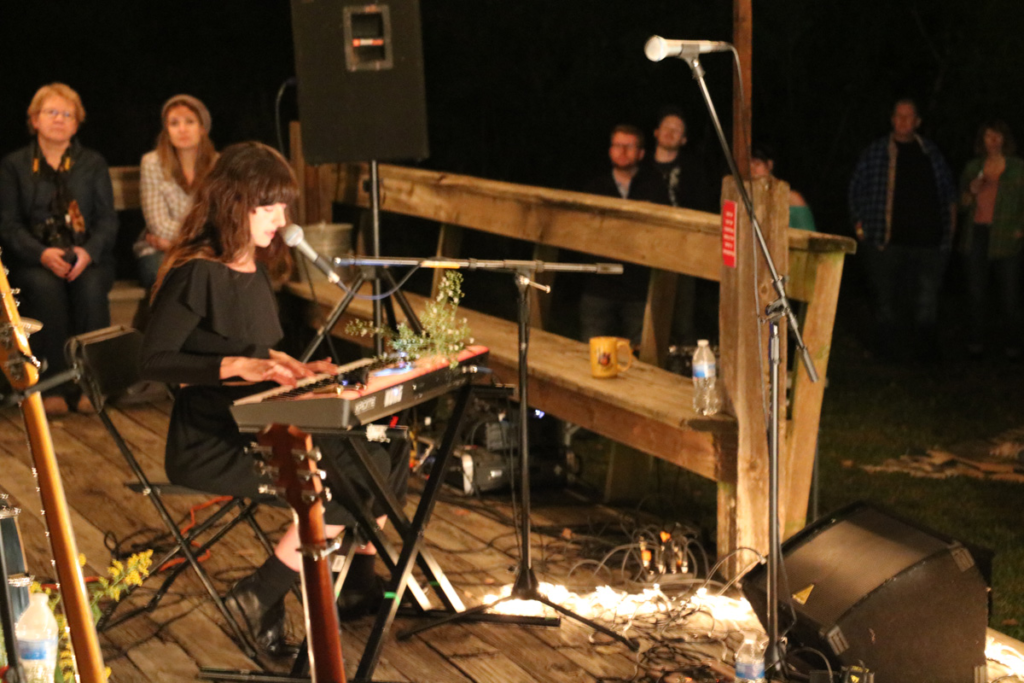 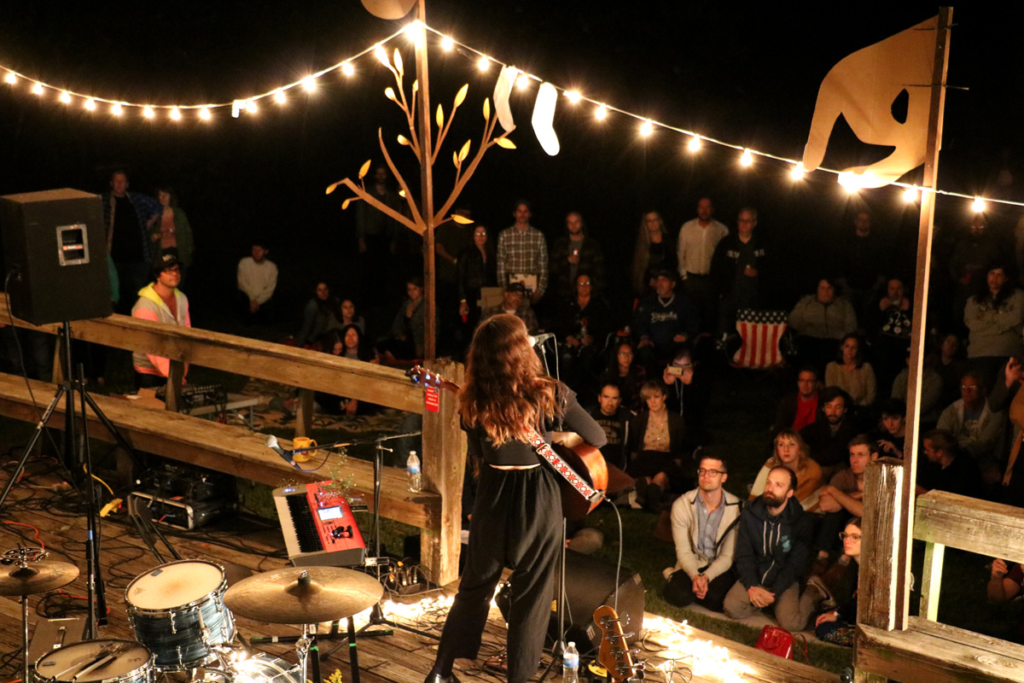 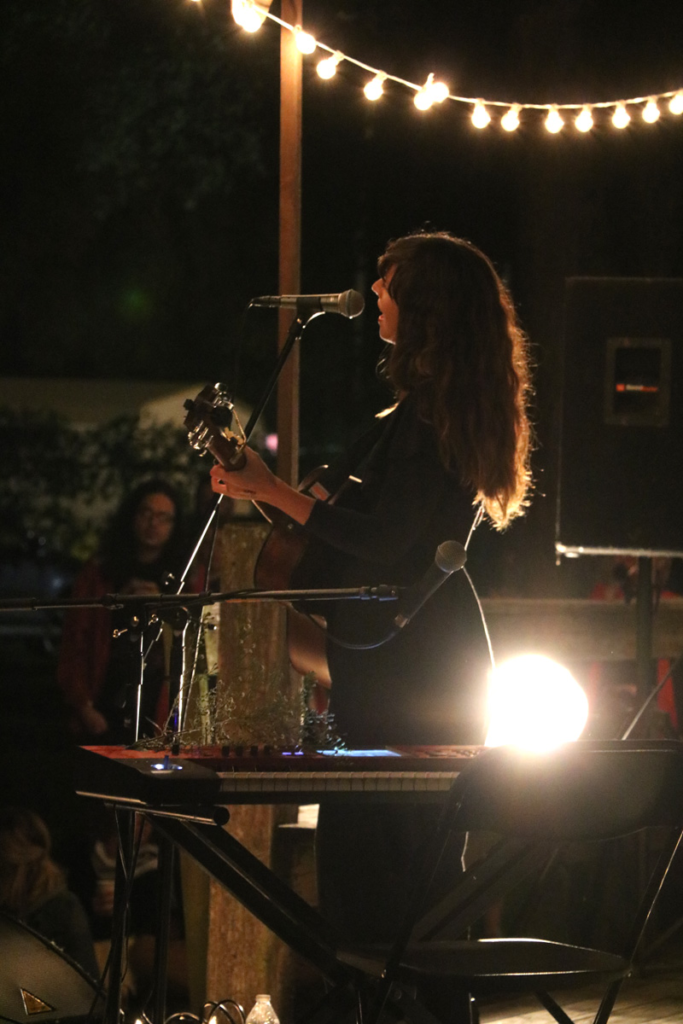 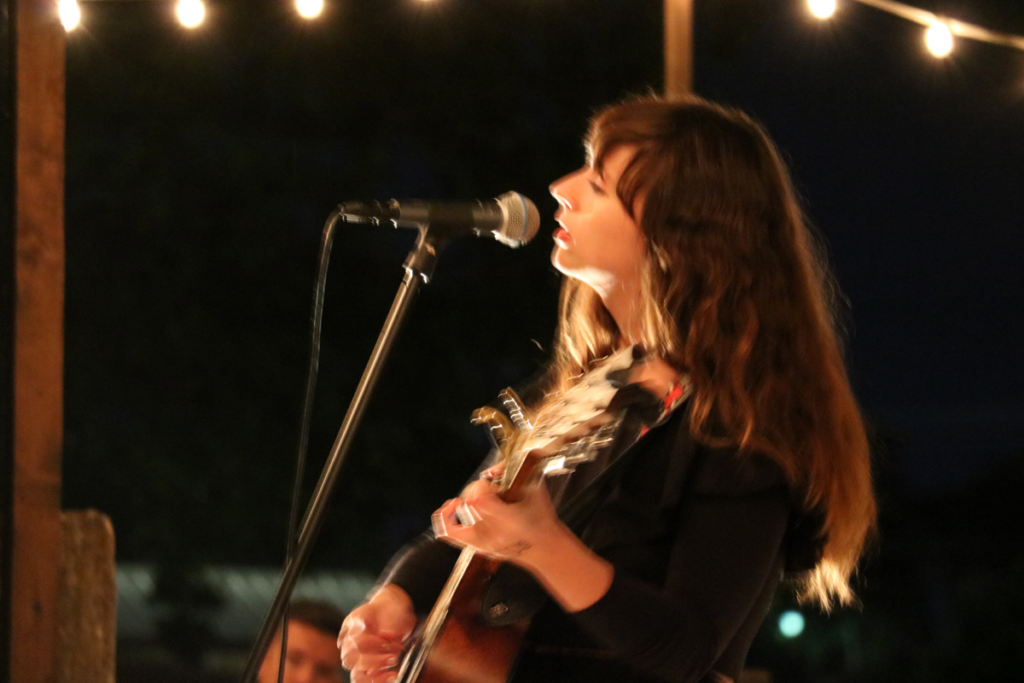 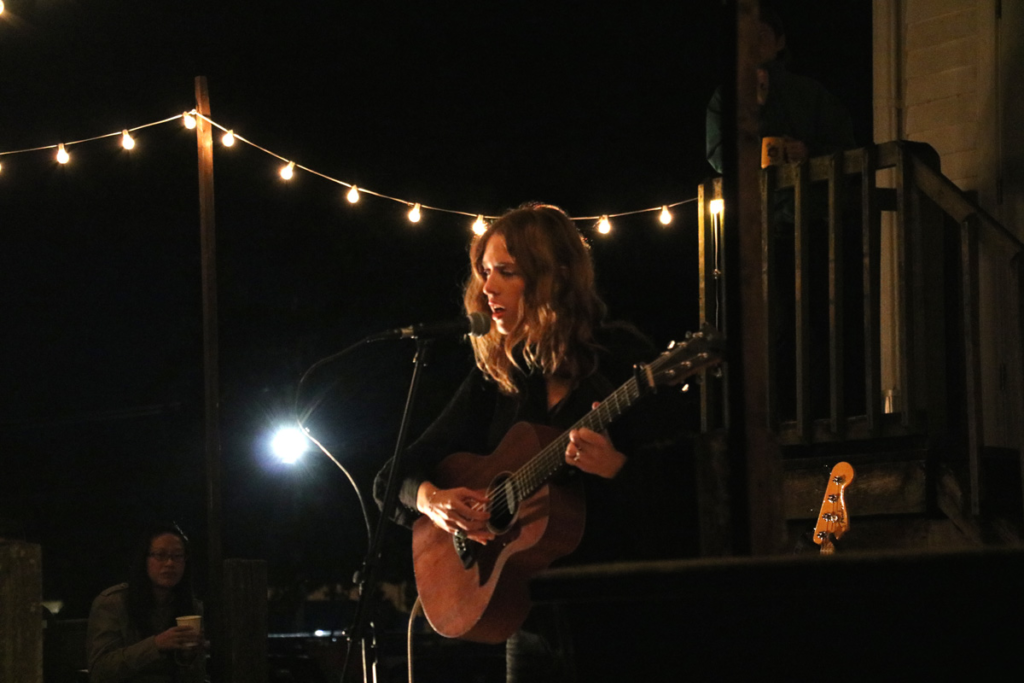 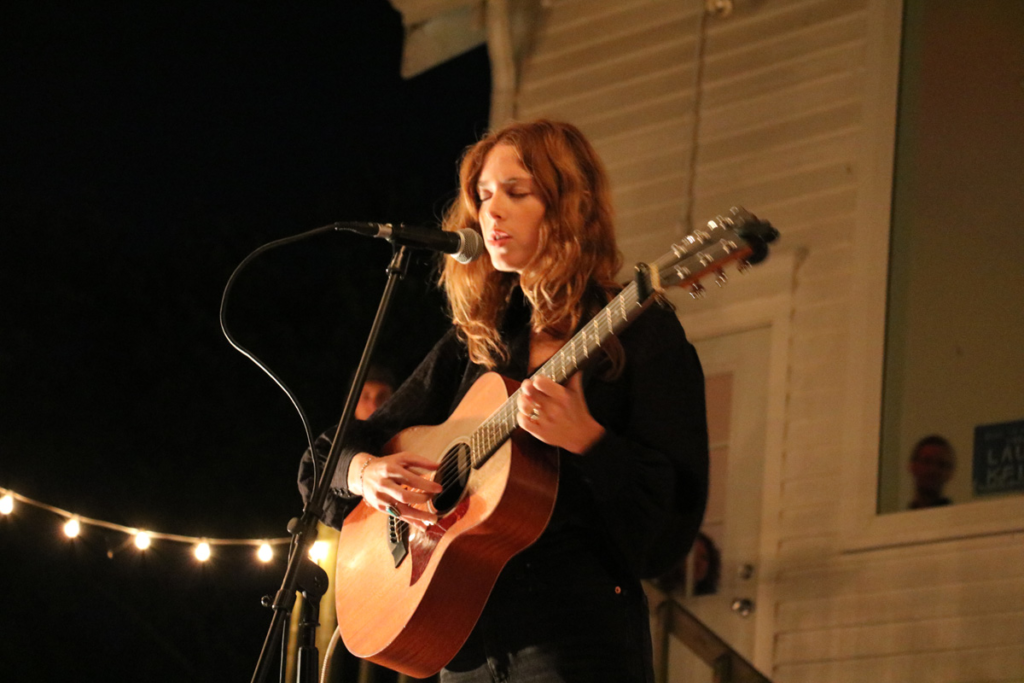 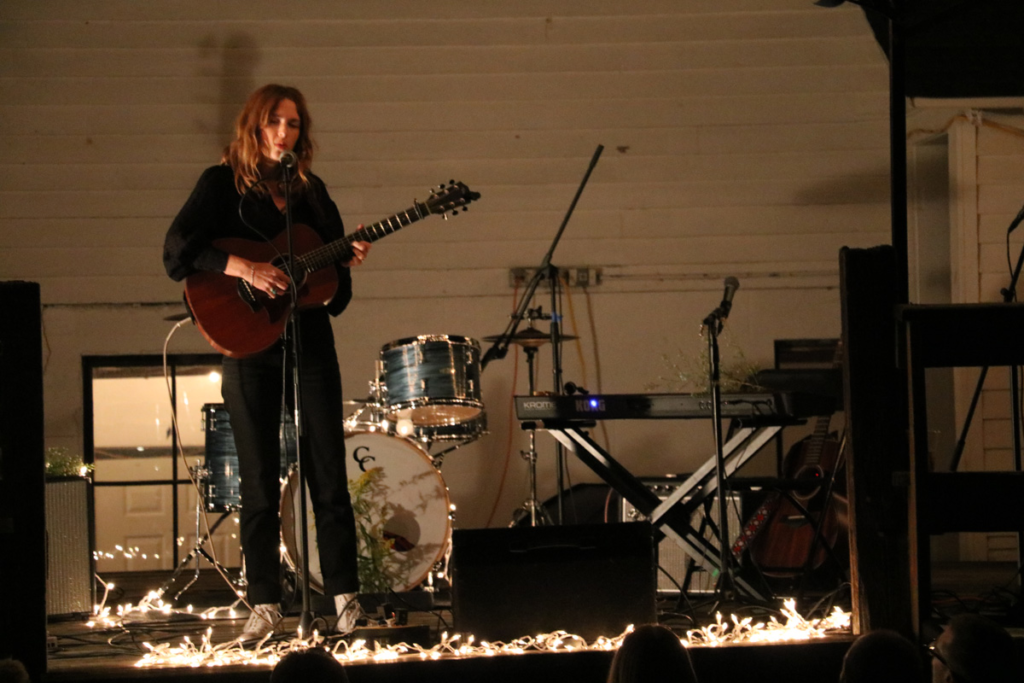 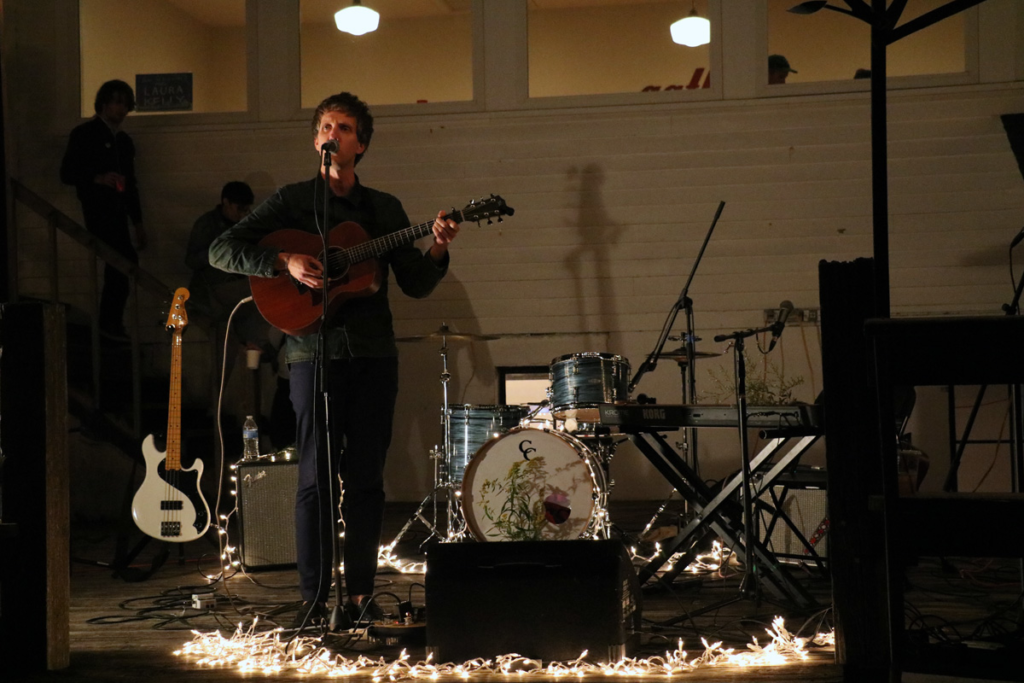 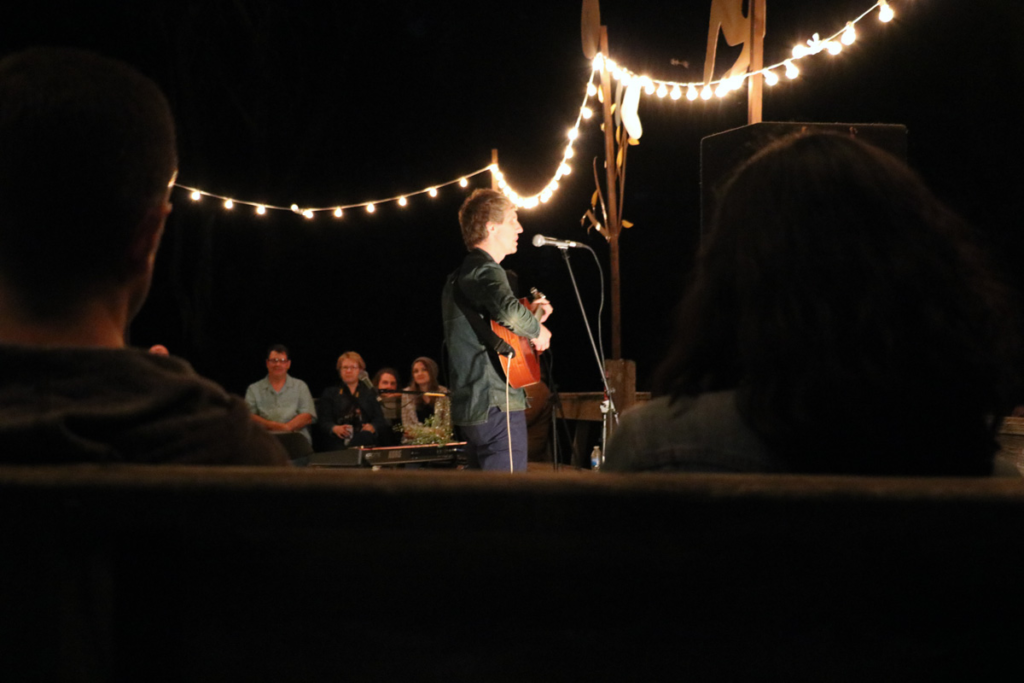 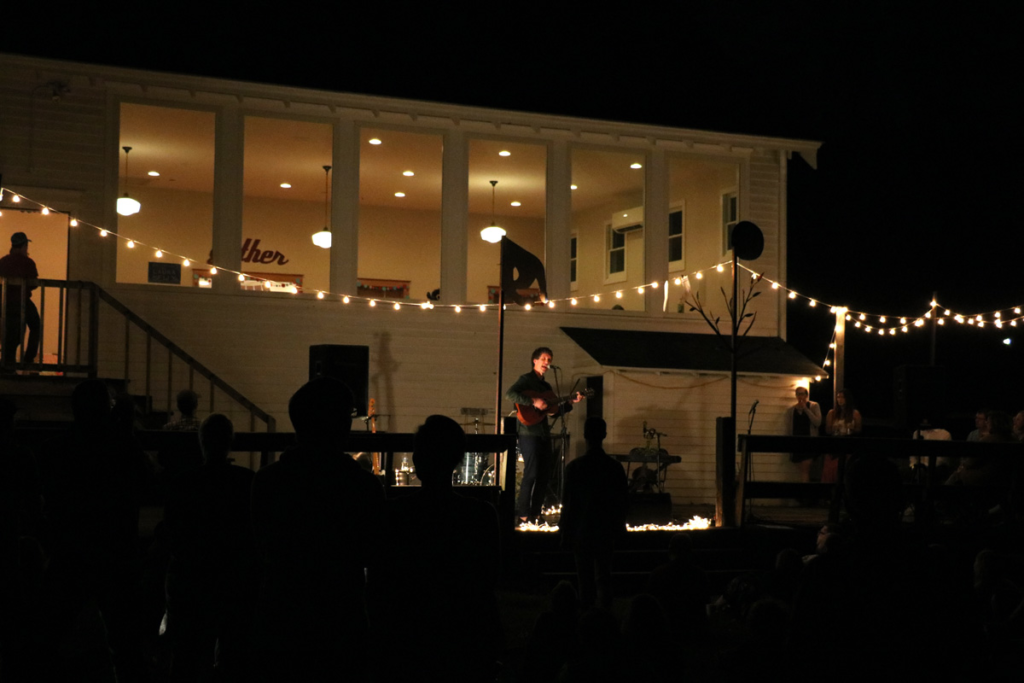