Are you losing your hearing, or is it just earwax? 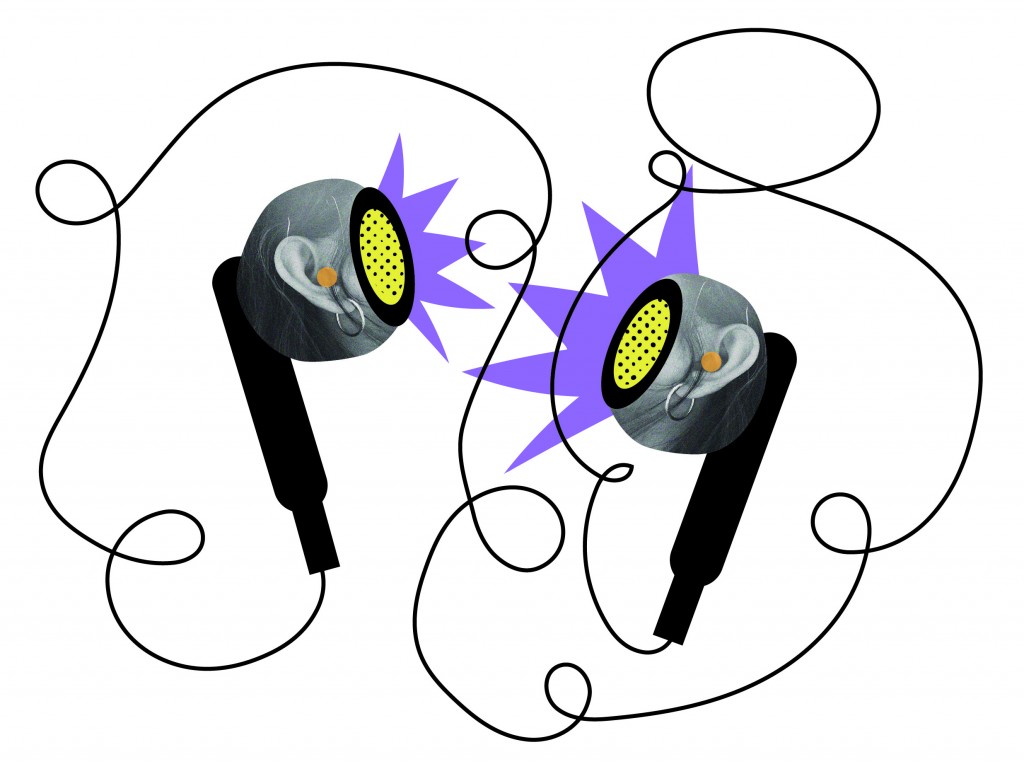 Whether yours is wet, dry, or sticky, earwax is a good and necessary bodily secretion—got to plug those holes in your head somehow, right? But many people’s relationship with their earwax has changed during the pandemic—and they may not know it.

An initial signal of that changed relationship is hearing loss.

Dr. Kate Aberle, a Kansas City ear, nose, and throat surgeon, says that over the past year her specialty clinic has seen both new and run-of-the-mill medical issues—like earwax impaction—in higher numbers.

“One of those would, of course, be earwax issues related to wearing earbuds or AirPods—those types of earphones that people are using for online school or Zoom meetings,” Aberle says. “So [they’re] causing a lot more problems that, in the past, we’d only see in elderly patients with hearing aids, for example.”

Aberle works at Ascentist Ear, Nose and Throat in Merriam. She says she’s now seeing young adults, teenagers, and even school-aged children for impacted earwax. Patients say their ears feel full, they can’t hear well, sometimes they feel a sharp pain, and, if it’s gotten really bad, they have drainage or swelling.

Earwax’s more technical name is cerumen. According to a clinical practice guideline document from the American Academy of Otolaryngology-Head and Neck Surgery, the substance is “a water-soluble mixture of secretions (produced in the outer third of the ear canal), plus hair and dead skin, that serves a protective function for the ear.”

The Academy’s article explains that, in a typical year, 12 million people seek help for impacted earwax symptoms. The number is likely far higher this year, but the Academy doesn’t have an exact figure yet, only anecdotal evidence like Aberle’s.

Those anecdotes keep coming because earwax is making itself known. What should be a silent partner to all humans, doing its job then quietly making its exit, is no longer silent or self-sufficient.

When people jam earbuds, hearing aids, earplugs, or anything else in their ear canals, “that natural process essentially gets blocked,” Aberle says. “You get this wax that just gets stuck and accumulates and it becomes a snowballing problem.”

She says whatever you do, don’t try to dig it out with a Q-tip or anything else. Doctors in her specialty like to say: Don’t put anything in your ear that’s smaller than your elbow.

Aberle means it. Her voice was very serious. So, yes, skip the Q-tips, but also toothpicks, pinky fingers, and those ear-candling cones.

Instead, she says, try an over-the-counter earwax softener like Debrox. It’s a mixture of hydrogen peroxide and oil. The oil softens the wax, and the hydrogen peroxide helps it bubble up and out. Someone who’s having a problem can use three to five drops per ear once a week, and someone in maintenance mode can use that same amount once or twice a month.

An additional issue that’s arisen from virtual meetings and classes is an increase in neck tension, muscle tightness, and migraines. Patients with these issues also see ENTs like Aberle.

In those cases, she says, “It’s not the earbuds themselves, but because the muscles around the ears and the jaw and the face are already tight and irritated because of being on the computer more. They’re going to have more pain with placing those earbuds in the ear canal, and that can be completely separate and not at all related to wax being present or not.”

It’s hard not to imagine that all the extra earbud use might also cause non-wax hearing loss, but she says that’ll take decades to develop. Unless someone is keeping their volume above 50% for months at a time—then real hearing loss will present a little sooner, but still not immediately.

[Note, whether you’re using earbuds or non-wax-impacting headphones, keep your volume below the 50% mark or risk suffering the above-mentioned hearing loss down the road.]

And, as all medical articles conclude, so must this one: What you’ve read here doesn’t take the place of seeing a medical professional.

“People can have more serious things causing hearing loss,” Aberle says, “and because it’s a part of your body that you really can’t see [by yourself], the best way is for someone to look and say, ‘Oh yeah, that is earwax,’ or, if the ears are clear and there’s nothing there, then get a hearing test to see what’s going on.”