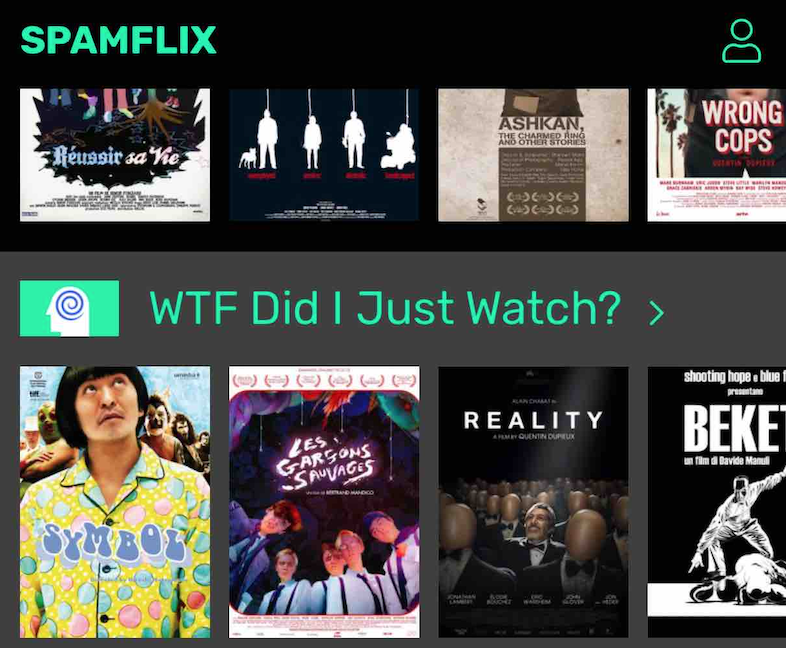 Spamflix was founded in 2018 by Markus Duffner, a project manager at the Locarno Film Festival and Julia Duarte, former producer of São Paulo International Film Festival. Called ‘Netflix for Cult Film Fans’ by GEEK SPIN the bulk of Spamflix’s library consists of hard to find and lesser-seen genre titles, many of which garnered acclaim on the festival circuit only to land without significant distribution.

A treasure trove for cult film enthusiasts that has a specialty focus on black comedy and adult animation, the new app makes it easier than ever before to navigate and stream films. On both the website and app users can rent individual films for 72 hours for the uniform price of 5$ USD, or acquire multiple titles in a Film Pack deal, with special discounts and a Free Film Coupon to newly registered users until May 22nd.

“With the app we aim to reach a larger audience through a variety of devices, all offering the same catalogue and attention to showcasing cult and genre cinema that Spamflix excels in,” says Spamflix co-founder Markus Duffner. “However, when we planned this months ago we couldn’t have accounted for the current worldwide situation, and hope that releasing it now helps those stuck indoors to pass their days more pleasantly.” 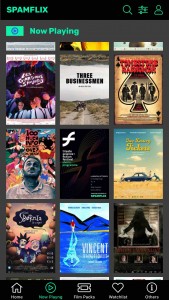 The Spamflix app is available for iOS, Android, AirPlay and Chromecast

With over 50 films on the platform for each region, and more being added every month, below is a spotlight selection of titles for the US, Canada, and UK, in addition to recent additions available in multiple territories, including The Anooki, a block of french Animation shorts from David Passegand and Moetu Batlle, Old Man Cartoon Movie, by Oskar Lehemaa and Mikk Mägi, and Bruno Aleixo’s Film, by João Moreira & Pedro Santo.

Blood Machines is a psychedelic abomination, and we mean that in the best way