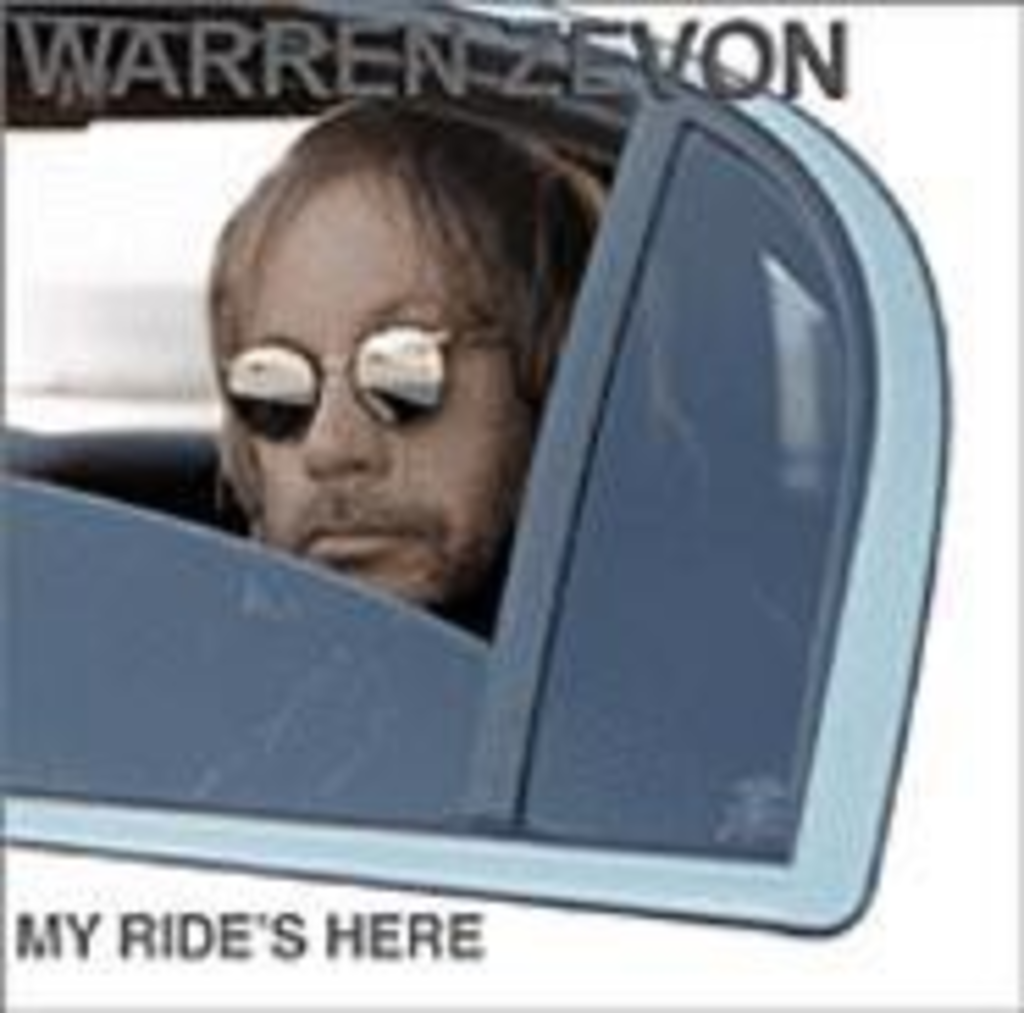 It’s clear now that Mitch Albom is the angel of death. The sports columnist became a cottage industry when Tuesdays With Morrie, a sentimental memoir of time spent with his ALS-afflicted mentor, scored on the best-seller list. Morrie, of course, died. More recently, Albom collaborated with Warren Zevon — a songwriter who wields the heartstring only as a garrote — on the obvious but funny hockey send-up “Hit Somebody.” In September, Zevon announced that he is in the last stages of terminal lung cancer.

Zevon says he got the news himself only weeks before. Ride‘s title song, a succinct farewell that waves at Charlton Heston and Milton on the way to the great beyond, turns out to be a coincidental grace note rather than the ultimate punch line of Zevon’s trademark morbid fatalism.

When Ride came out this May, it was an easy mistake to write it off as smart but underwhelming, even disjointed. But that lack of cohesion — a penny-whistle-and-violin ballad bumps shamrocks with an oddly clenched Serge Gainsbourg cover — is a smile rather than Zevon’s usual smirk. “Genius,” featuring a string section Zevon arranged himself, and “This Time I Have to Leave” are wry rather than bitter. Still, for all of Ride‘s surprising warmth, it’s not an after-school special; the shortness of breath in Zevon’s singing, mimicked by the dash-dot-dash of his telegraph-quick guitar lines, radiates stubbornness, particularly on the chugging voodoo “Sacrificial Lambs.”

Zevon says he will continue working in the studio on what will be his final songs. Whomever he spends his Tuesdays with until the end is likely to pick up lessons too brutal and true for any sales chart — the kind Zevon seemed to know all along.