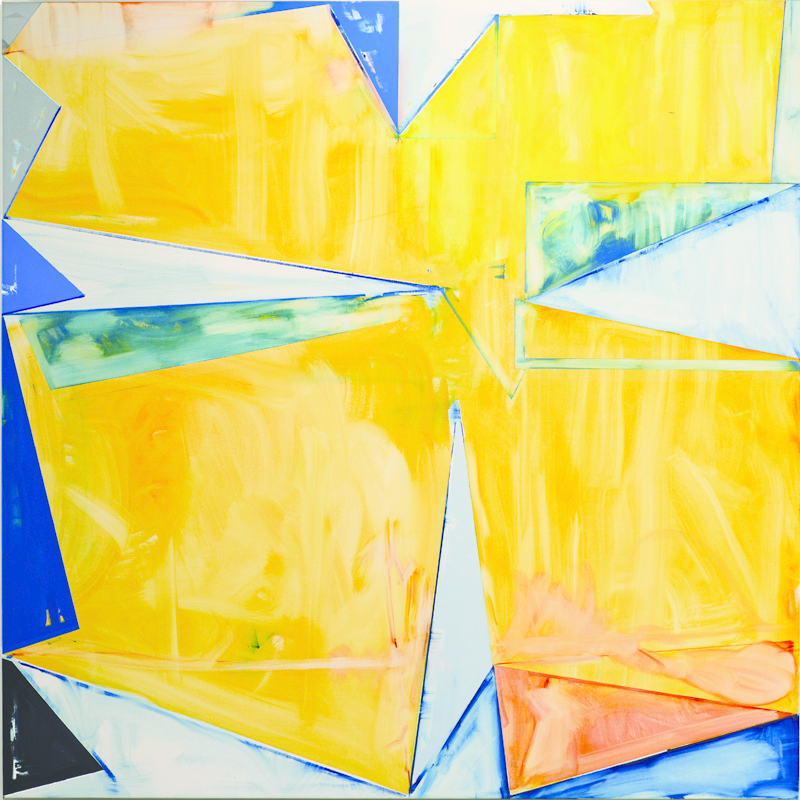 Warren Rosser, the painter born in South Wales, has lived in the United States since 1972. For 28 of those years, he was chairman of the Painting Department at the Kansas City Art Institute, where he remains the William T. Kemper Distinguished Professor of Painting. Friday, January 13, his first solo show at Haw Contemporary takes over that space’s three main galleries (1600 Liberty, in the West Bottoms; reception: 6 to 9 p.m). Loitering With Intent puts a slightly different structural theme in each of the spaces. In one, four works shift between two- and three-dimensional forms; in the second, viewers will note more geometric forms, vacant spaces and sparse application of color. In the third space, Rosser’s works expose his lifelong interest in color’s ability to change its identity, depending on process and surface.

Rosser is also the initial artist whose work is on view in the Genevieve Guldner Gallery at the Kansas City Central Library (14 West 10th Street), as part of the Charlotte Street Foundation’s 20th anniversary year. Every Street Is Charlotte Street programming kicked off last Friday, in partnership with 20 local art organizations, and Rosser’s Coloring Spaces is at the library through March 9. He’ll speak there at 6:30 p.m. February 7, in an event that also includes a performance called “Folds” by Myth-Science Ensemble. Look for upcoming exhibitions by other CSF fellows Jessica Kincaid, Rodolfo Marron III, Glenn North and Mike Sinclair.

Every Street Is Charlotte Street programming is also under way at the Nelson-Atkins Museum of Art, where Jane Gotch is artist-in-residence through January 19. After public rehearsals starting at 4:30 p.m. Friday, January 13 (see nelson-atkins.org for other times), a performance takes place at 7 p.m. Thursday, January 19. For additional workshops, see charlottestreet.org or nelson-atkins.org.

This month’s free event, one of a series of forums about where art and business meet, includes painter Robin VanHoozer and fiber sculptor Neil Goss, who will talk about how they support themselves through and how they hope to expand their practices. 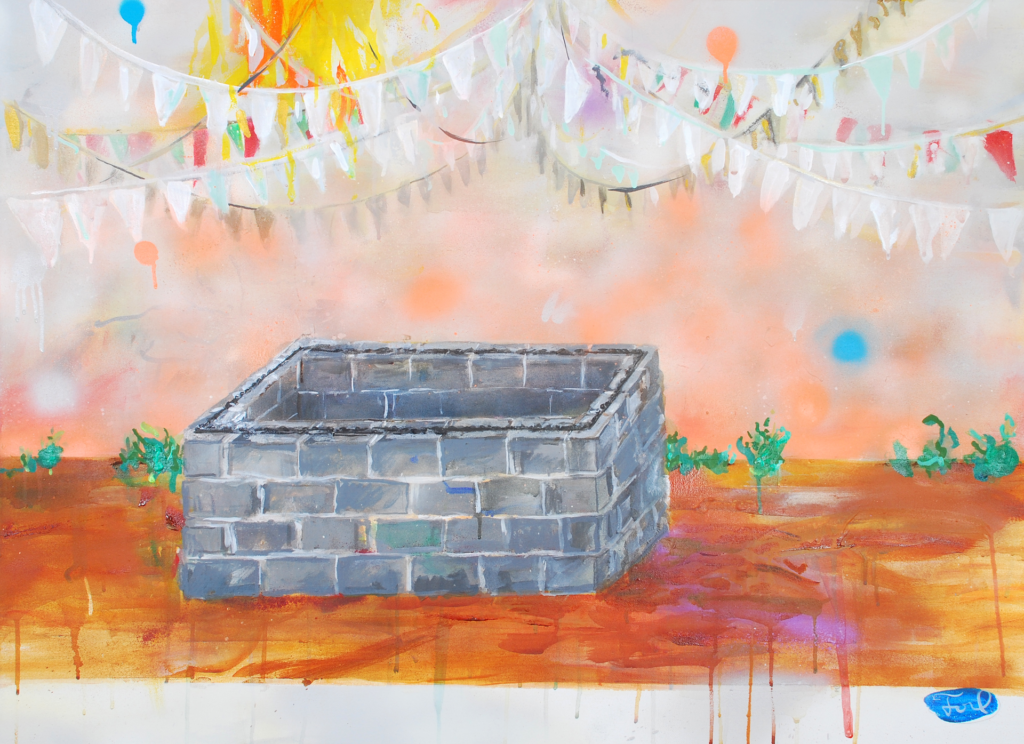 Join the artist for a 6-10 p.m. reception at his first solo exhibition of paintings and assemblages in three years, showcasing work from 2014 to 2016 that reflects the influence of travels coupled with three decades of being rooted in Kansas City’s Crossroads. 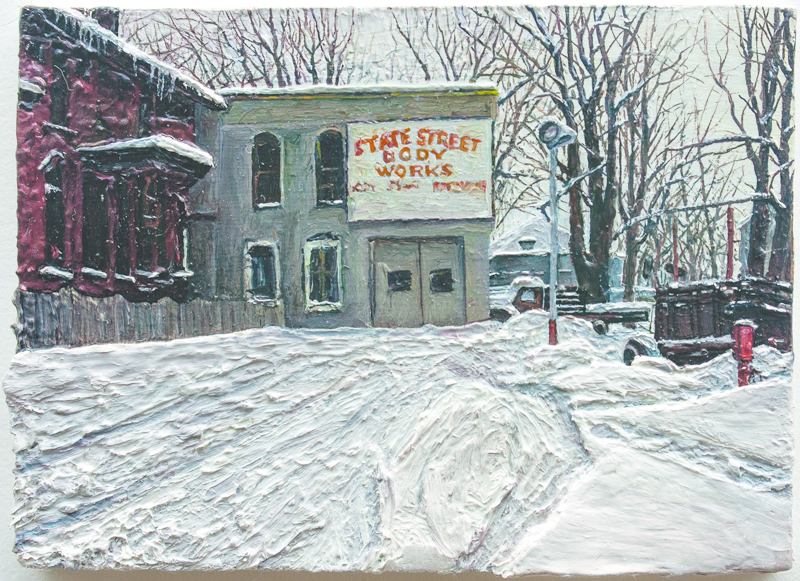 A series of small works in the upstairs galleries opens in conjunction with Rosser’s reception (6-9 p.m.) and follows up Umbral’s 2015 solo exhibition. The paintings in She-Bop offer what the artist proposes as an intimate experience. She writes that the viewer should explore these images as if they were “old, tangible” photographs, “archival, unchanging” art objects asking to compete with the fleeting imagery presented by your cell phone.

You’ll Never Be Younger Than You Are Today

Of the paintings and installation art here, the artist writes: “It belongs to All People, to where everyone is accepted as individuals. It is for some a deeper Spiritual self-awareness, where all things can come together, it is a physical circle, and as we come into this circle, it grows, and we grow in understanding of who we are, and where we stand in the circle.”

Elizabeth Kirsch curated this exhibition, which spans 25 years of works made since Henk abandoned the paint medium due to allergies. Among the art: sculptures that reference the human form with evocative parts in plaster, paper and sweaters. 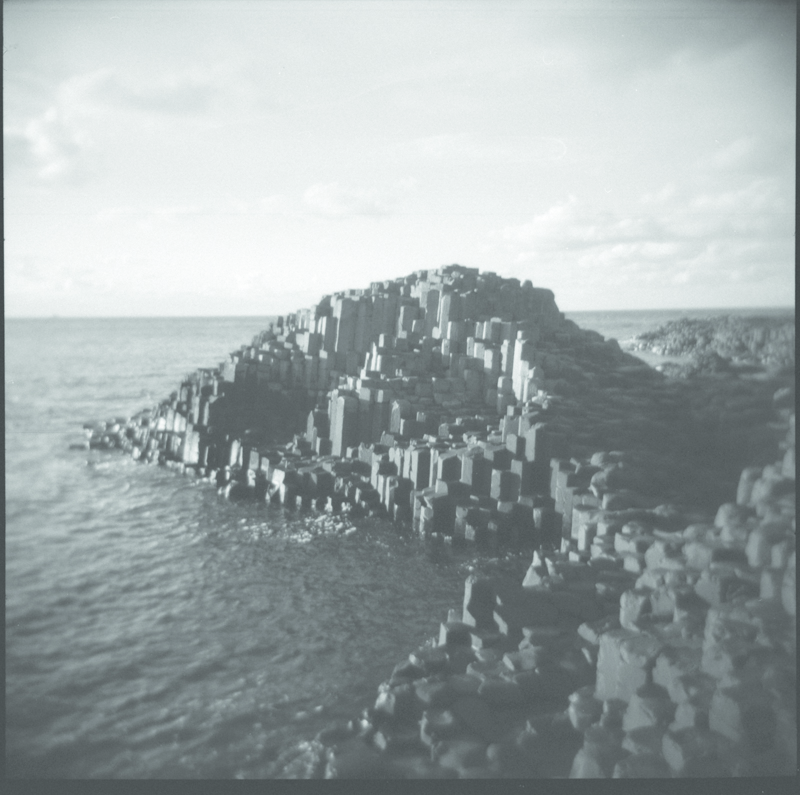 Dan Ohm and Whitney Walter: Anywhere but Here: An Exploration in Time and Space

The paintings here, curated by Elizabeth Kirsch, invoke the spagyric arts: ages-old systems for natural healing, developed from plants and based on notions of alchemical transformation.

Gamble’s deliciously attractive works include ceramic cupcakes, matte layer cakes, “put a ring on it” tan hands, Cinderella shoes and assorted baroque and semi-grotesque figures, on view in this retrospective that spans the main gallery.