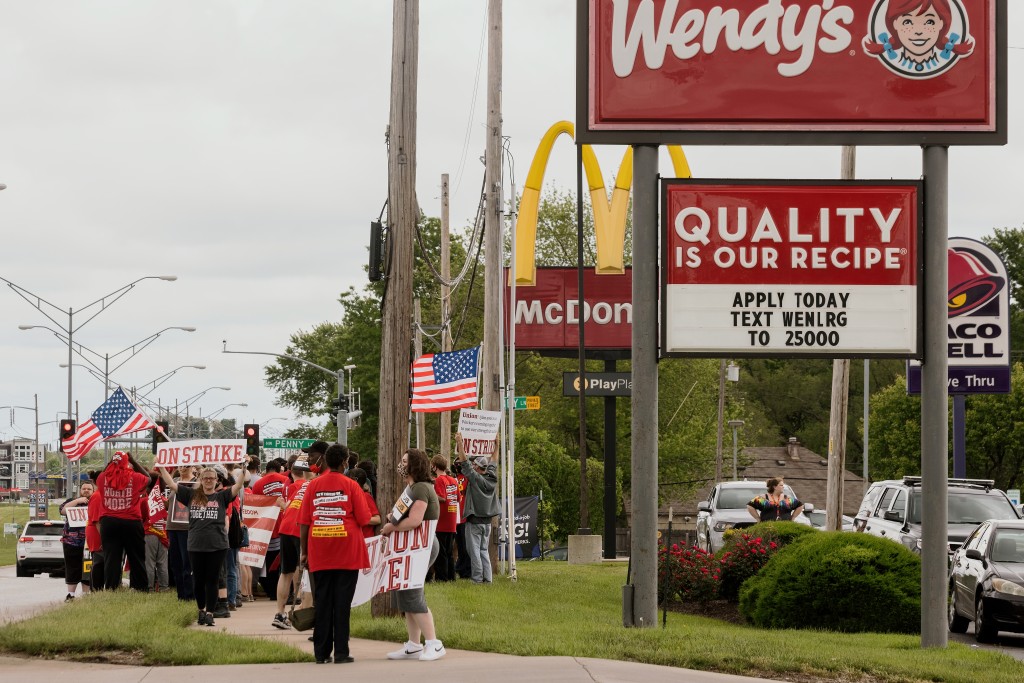 Workers and allies hold a rally in support of fast food workers on strike May 19, 2021. // Photo by Chase Castor

If you’ve ever navigated the horrific infrastructure of Wornall in the Waldo area, you’ve also probably dodged the seemingly permanent traffic that wraps around the Taco Bell at 8215 Wornall Rd.

On Thurs., Sept. 1, however, Kansas Citians can expect a stagnant line, as workers at this location have announced plans to strike at 12:30 p.m. Post-walk-out, workers will join community supporters for a rally, during which Missouri Rep. Patty Lewis, D-25th Dist., is scheduled to speak.

Unfortunately, a cumulation of classic food service industry complaints precedes this decision in response to unsafe working conditions, low wages, no paid sick days, and a lack of respect from upper management.

Local protest is not a new concept for Waldo Taco Bell employees. In May 2021, a few employees participated in a strike under Stand Up KC, a local chapter of the nationwide Fight for $15.

Just this week, the California State Assembly and Senate passed AB257, otherwise known as the “Fast Recovery Act.” In response to current national union limitations, the bill aims to create a state Fast Food Council with the authority to standardize wages, hours, and working conditions.