"you guys care way too much about taco bell" 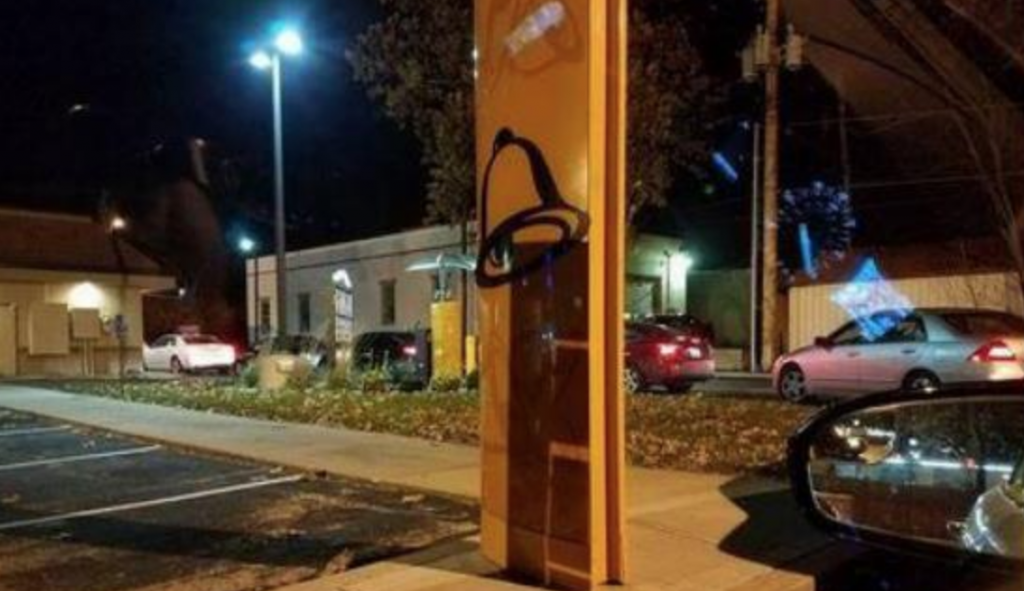 The internet can be a horrible, no good, despicable place.

But if you are good at the internet, you find places of refuge. Places where you can laugh, be informed, have some healthy debate, and feel like a part of a community—a community with its unique quirks and preferences.

For me, that refuge on the internet is the Waldo Neighborhood in Kansas City Facebook Page. I resisted for so long thinking why would I want to join the step-sibling of the racist NextDoor?

Only when my water pressure dropped and I freaked out about a pipe bursting in my front yard did I feel it was necessary to join and get the scoop.

Once I arrived, I began to see a curious trend—there was a lot of conversation around Taco Bell. But not just any Taco Bell, our Waldo Taco Bell.

I kept seeing it. A post here, a post there with some robust dialogue, references, and opinions that I didn’t quite understand since I hadn’t actually eaten there yet.

So I felt it was critical to do a deep dive on this complex and complicated relationship through primary source research and field observations.

The Speed of Service

One of the reoccurring themes was the speed of service. Apparently, our Taco Bell takes some time to get that Crunchwrap Supreme beans no beef with a Extra Large Mountain Dew Code Red.

This reality prompted some calls for neighborly help.

The drive thru line has made some Waldonians get introspective about their experience and enticed them to give a Hamilton creative writing prompt.

Despite the apparent lack of speed, the constant drive thru line and continuous updates from neighbors show there is a confounding high level of loyalty.

Through my research, I found out that at one point a new manager arrived not only at the Taco Bell but also in the Waldo Facebook page. Talk about some community outreach.

The slow service, often missing Fire Sauce, and other complaints were fairly consistent in my research but it was not all bad. There were differing experiences and healthy debate about the Waldo Taco Bell.

During this pandemic, there were a string of props from satisfied customers about their COVID protocols.

Even after this deep dive into the history, the Waldo Facebook page’s relationship, and issues that plagued this Taco Bell but also made it great, I was perplexed. I needed more.

I needed to experience it myself.

Once I arrived, I was greeted with a line of cars. It was what I expected.

I sat patiently and took a photo of the drive thru wait. It is a rite of passage.

Eventually, after about a 12 minute wait, I pulled up and ordered: black bean crunchwrap supreme and black bean hard shell taco meal. I learned this order in high school before Taco Bell got vegetarian woke. All my friends were Indian and vegetarian and this was the only place that we could really go before Obama became president.

Once I arrived home, I dug in. The crunchwrap supreme had unfortunately tilted to the side, leaving a lot to be desired in the first few bites. But once the CW supreme leveled out and you got to the good part, a wave of euphoria came over me.

Wow! This is it. This is the Waldo Taco Bell Experience. This is what people have been saying on the Waldo Facebook Page.

20 minute wait—yeah, not great but this chalupa? *Joe Biden Voice* Come on, man.

I finally got it. It was not only a tremendous culinary exploration but the collective, neighborhood experience is a powerful combination.

So in conclusion and in response to this poster, yes, we do care about Taco Bell.

While the Waldo Taco Bell chugs along feeding hungry Kansas Citians, many of our neighbors who work there and at other fast food restaurants are in dire need of a raise.

Currently, a $15/hour federal minimum wage is being considered in the COVID relief bill.

Please reach out to your congressional representatives and ask them to support this important change. And support organizers like Fight For $15.

This story is republished from the author’s substack, Dispatches From Waldo, which you can subscribe to here for free.