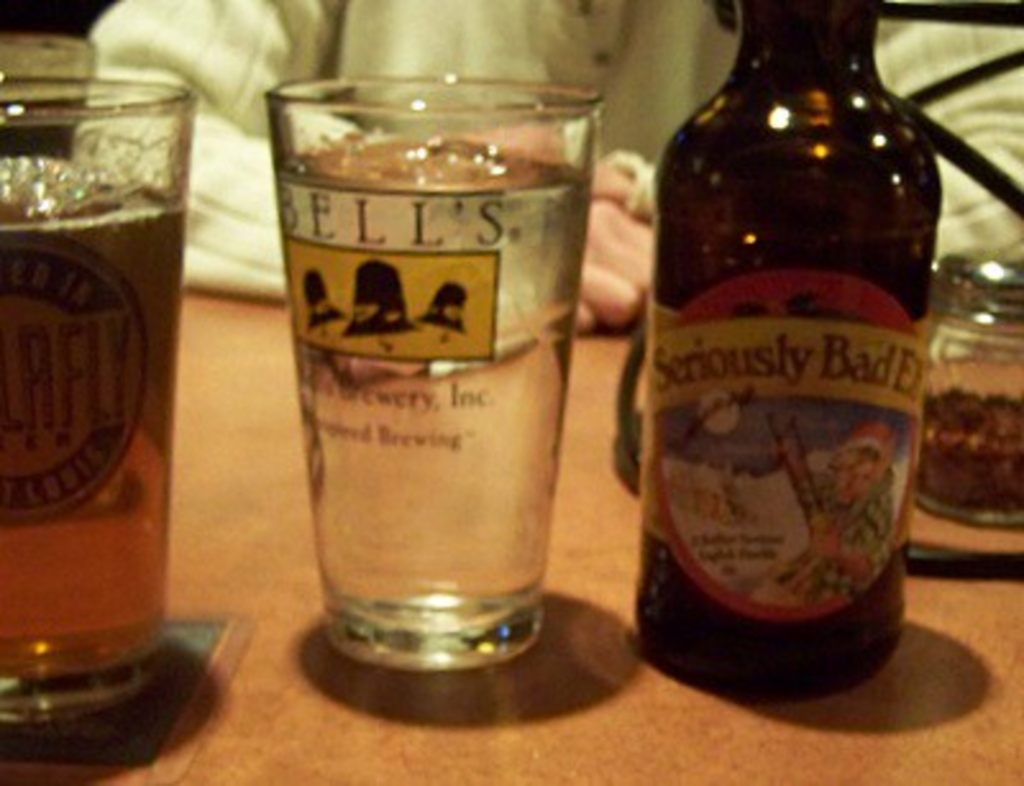 Among them are the more-traditional Christmas beers like Schlafly Christmas Ale and Anchor Christmas Ale. The Schlafly tastes too strongly of cloves but Anchor is more balanced, if on the light side of an ale. Not to make things confusing but the Anchor is the beer in the Schlafly glass above and its light-gold color reflects its taste.

The holiday ales are more interesting, more rare and more potent. Waldo features six ales, four from England, one from Norway and one from France. The three highly alcoholic Bad Elf brews range anywhere from nine to 11.2 percent ABV. At the low end is the Seriously Bad Elf English Double Ale, which hides its high alcohol level behind a lot of hops and a slightly sweet flavor. The strongest is the Insanely Bad Imperial Red Ale (Vintage 2007), aptly described as “resembling a barley wine.”

The fourth English ale and winner for best name is Santa’s Butt, a winter porter. I didn’t try it but with a name like Santa’s Butt, how could it be bad?

From Norway is the expensive ($10.95) Nissefar Christmas Ale, which drinks more like an apertif than a regular ale. Imagine Boulevard’s BBQ with chocolate instead of cherries and you get an idea of this beer.

Finally, there is the Bière De Noël Winter Warmer. I didn’t get a chance to taste it, but it’s described as “citrus flavor with a hint of apples, peach and allspice.” That sounds like a winter ale (lighter ale with fruit) more than a Christmas ale (heavier ale with spice) but it can’t be that bad if Waldo is confident enough to put it on the holiday menu. — Owen Morris