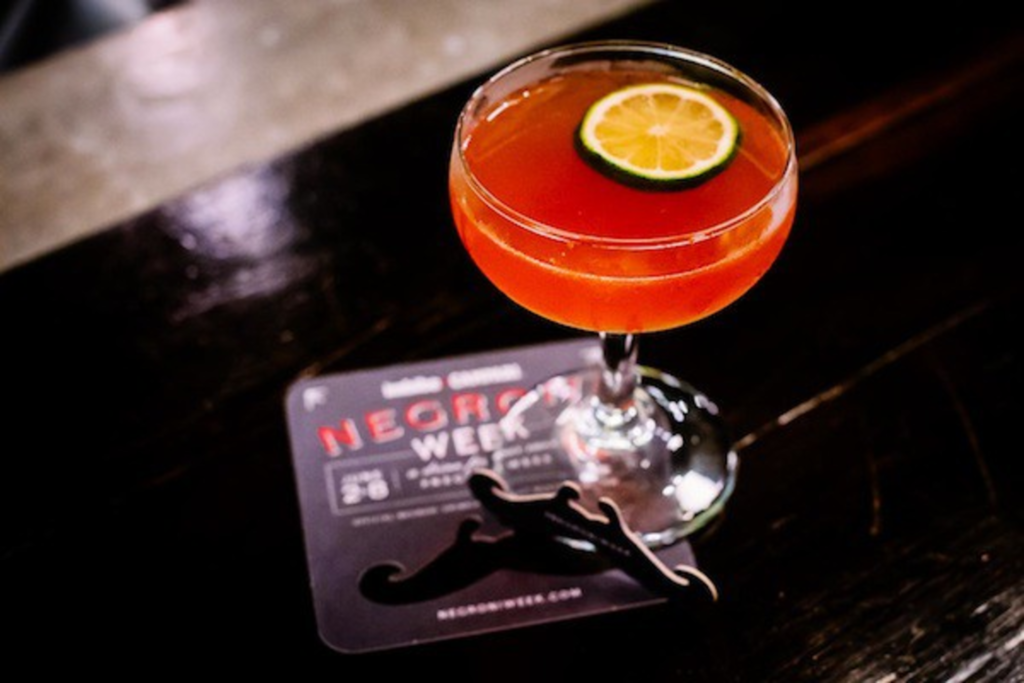 The handsome bar at Voltaire is all but empty as happy hour begins at 4 p.m. on a recent Friday. This is fortunate because it means that Ryan Miller, Voltaire’s lead bartender and permanent fixture, is eagerly awaiting cocktail orders. And I have a long list.

Well, sort of. In advance of Campari and Imbibe Magazine‘s Negroni Week (June 2-8), when bars and restaurants all over the nation pay homage to a classic drink and donate a portion of their sales to a charity of choice, Miller, the social media director for the Kansas City Chapter of the United States Bartenders’ Guild and the captain of the local Negroni Week task force, seemed like the perfect guy to speak to.

Over the past few months, Miller has worked to coordinate with various bars throughout town to raise awareness for Negroni Week and the Children’s Center for the Visually Impaired – the nonprofit that Kansas City’s USBG is supporting. At least a dollar per Negroni purchased at participating bars will go to the CCVI (or another local nonprofit of the bar’s choice). Miller gave me a lesson on the drink and the week devoted to it.

“A lot of people – I think – kind of consider the Negroni to be the perfect cocktail,” Miller says as he prepares the beverage. “It’s easy, it’s bitter, it’s sweet, it’s refreshing. Every time you drink, you want to drink it again. Campari is an amaro – a bitter liqueur with a neutral spirit base and added herbs. It’s got a lot of sweetness and in the middle palate – orange and strawberry. And it lingers with a long finish, but it still makes you thirsty.” 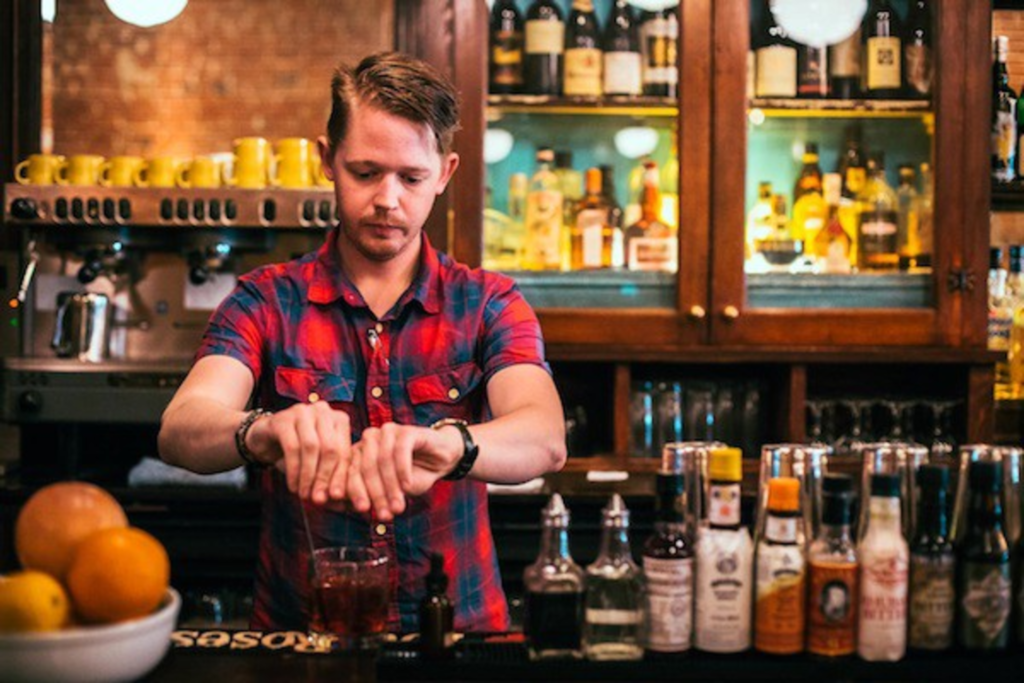 A traditional Negroni is equal parts gin, Campari and sweet vermouth over ice in a lowball glass, garnished with a healthy lemon peel. As Miller continues his work, he goes into the drink’s history: “The Negroni itself is kind of a riff on another classic cocktail called the Americano, which is just sweet vermouth, Campari and soda water. In 1919, Count Negroni asked his bartender for an Americano, but to substitute gin for club soda.”

Once finished, Miller presents his product. It’s a deep ruby red, bright and tempting – a forbidden fruit color. And after one sip, I am, of course, addicted – as Miller predicted. The Negroni is crisp and light, the juniper flavor of the gin – Miller used London Dry Gin – striking a balance between the sweetness and the bitterness of the Campari. It is the quintessential cocktail, and I know that I must have another.

But Miller says Negroni Week isn’t just about the traditional recipe, and elaborates on twists on the cocktail that have been popularized: the Boulevardier, the Old Pal and Miller’s favorite, the Emperor (created by Manifesto’s Valdez Campos).

“For Negroni Week, basically, if it’s got Campari in it, it’s fine,” Miller says. “Being creative bartenders, we’ve got all kinds of things. At Voltaire, I’ll be doing mostly classic stuff. We’ve already done the Boulevardier and the Old Pal on previous menus, so I’ll be making three or four drinks, and also trying to explain the nuances between bourbons, vermouths, gins, ryes, etcetera. But if someone wants me to, you know, ‘do something fun,’ sure.”

“Something fun” is exactly what I have in mind, and I ask Miller for a Negroni with tequila. He creates what he decides to call “The Count of Arandas,” featuring Campari, Tequila Cabeza and Cocchi Americano. This is tequila as the grown-ups would have it, and the citrus flavors of the Campari bring out a hint of the tropics in the Cabeza. After that, Miller moves on to a rum-inspired take on the Negroni, with Angostura 7 Year Rum and Aperol. He terms this the “Island in the Sun.” It tastes like the sort of daiquiri you want to keep secret from your weak-constitutioned girlfriends.

What you shouldn’t keep secret: all the bars in Kansas City partaking in Negroni Week. If you needed an excuse to hit up a happy hour every night this week, this is your ticket – and the train is full of good times.