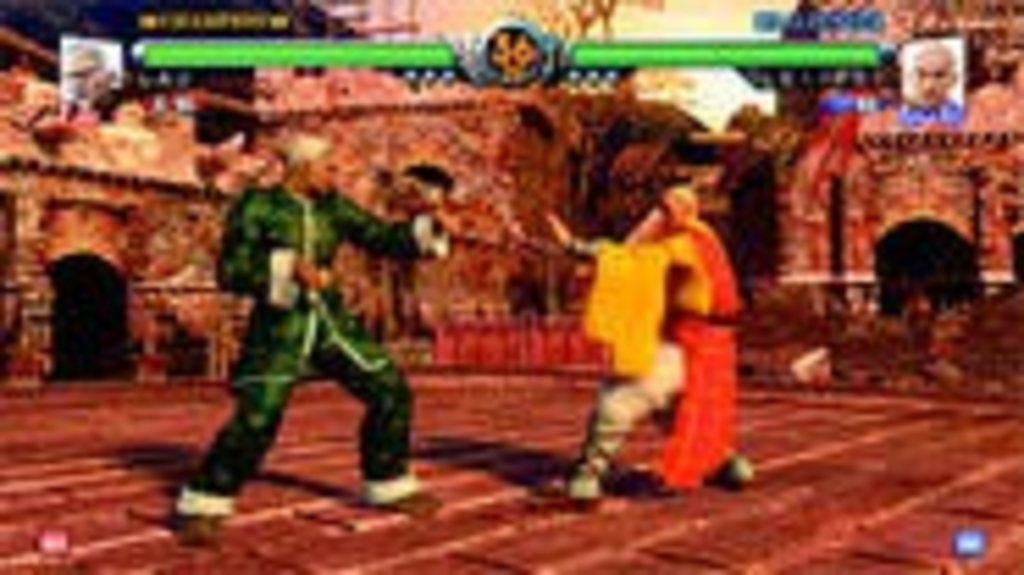 For the aging videogamer, nothing’s as sorely missed as the corner arcade. Unlike the family-friendly Dance Dance Revolution discos you see today, classic arcades were seedy little dives tucked into strip malls — dark caves thick with the musty bouquet of cheap carpet and adolescent stench.

They were also thick with competition. These were the modest battlegrounds where geeks squared off to prove themselves. And in these dingy holes, fighting games were king.

Though Sega’s Virtua Fighter series never had the pop appeal or carnage of some others, it was always the most sophisticated of the lot, valuing thoughtful, strategic play as much as split-second timing. And while the Street Fighter and Mortal Kombat sequels seemed to lose their way, Sega steadily improved upon its formula every outing, culminating in the best yet: Virtua Fighter 5.

And it’s great — in terms of core game play, probably the best fighting game available. It’s also a welcome relief for PlayStation 3 owners who haven’t seen a meaningful release since the console’s launch. But it’s a no-frills port of an arcade game, designed for those dark little caves full of challengers — so you’re gonna want to find a few friends who are ready to throw down.

Virtua Fighter 5 is set up like any other game: Pick a character from a list of 17 martial artists, and start karate chopping your way to the top. Two new faces join the crew: the wild, masked luchador El Blaze, and Eileen, a female master of Monkey Kung Fu (alas, no poo-flinging moves). The rest of the cast covers the normal spectrum of lumbering grapplers and lithe kung-fu chicks, with everything else in between.

Regardless of your style of play or skill level, there is a fighter for you. Some characters are ideal for beginners, while others require an expert’s finesse; some are suited for aggressive, fast-paced play, and others are perfect for patiently luring an opponent into a trap. What’s remarkable is that no one character is better than any other — they’re all deadly if played well. This sort of balance is hard to achieve.

And visually, it’s stunning: Characters are sculpted in the finest detail, with every hair, every wrinkle, and every bit of stitching on their clothes visible. The animation is outstanding, with everything moving at a buttery-smooth pace. Backgrounds are comparatively bland, but VF5 still shows off the PS3’s power quite nicely.

If the game has a failing, it’s sparseness: This is a very bare-bones port of an arcade game. The training mode is particularly disappointing, with only a fraction of what was seen in Virtua Fighter 4: Evolution — and it’s never OK to have fewer features than the last game. The rudimentary “Quest Mode” lets you unlock items to customize your fighter’s appearance, but with no way to go online, it’s a bit pointless. The game’s so basic, in fact, that there aren’t even character-specific endings for finishing it — just some credits.

Clearly, VF5 is oriented toward one thing: playing against human opponents. So if your only gaming partner is your wife (and even then, only after constant begging), VF5 could get stale within a few days.

But if you have like-minded friends eager to prove their kung fu is righteous, VF5 is a richly designed fighting game that offers almost unlimited depth and fun. And if you close your eyes in between the roundhouses and trash-talking, you can almost smell the ol’ arcade.