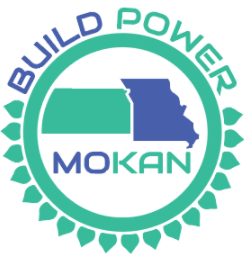 Tonight at 6:30 p.m. a coalition of organizations that created Build Power MoKan and allies are hosting a people’s hearing. The intent of the hearing is to give Evergy users a platform to express their concerns and demands for Evergy’s long range energy planning.

The hearing comes just in time, as Evergy’s Sustainability Transformation Plan is due to Kansas Corporation Commission (KCC) on April 1, and its Integrated Resource Plan (IRP) is due May 1 to the Missouri Public Service Commission (PSC) and in the summer for Kansas.

While the hearing is not a formal government hearing, it will give citizens access to air their complaints and concerns with Evergy prior to the IRP being filed, allowing them to be a part of a conversation that will affect Evergy’s future.

According to the Sierra Club, the IRP is used by utility companies to determine how they will serve their customers far into the future.

“An IRP is the process by which electric utilities decide how they are going to serve customers’ electric needs over the long-term, including decisions about which types of generation resources to build and which existing power plants to retire,” says the Sierra Club. “IRP processes are not designed to be accessible to the public or stakeholders, requiring organizations like Sierra Club to seek approval to intervene. If granted approval to intervene, the regulatory process often requires nondisclosure agreements because proprietary information is used to inform a utility’s long-range planning process.”

Evergy, which has recently been under fire for rising utility charges, continued use of coal-burning plants, and power outages received an F rating in Sierra Club’s Dirty Truth Report.

This will be the only opportunity for the public to comment before the IRP is submitted to state regulators. To take part in the people’s hearing, register through Zoom here.

Organizations and allies who will be present during the hearing include but are not limited to: Mothers Out Front KC, Clean Air Now, Reale Justice Network, Poor People’s Campaign, Citizens Climate Lobby, Environment Missouri, Communication Workers of America, Sunrise Movement Kansas City, and Sierra Club.