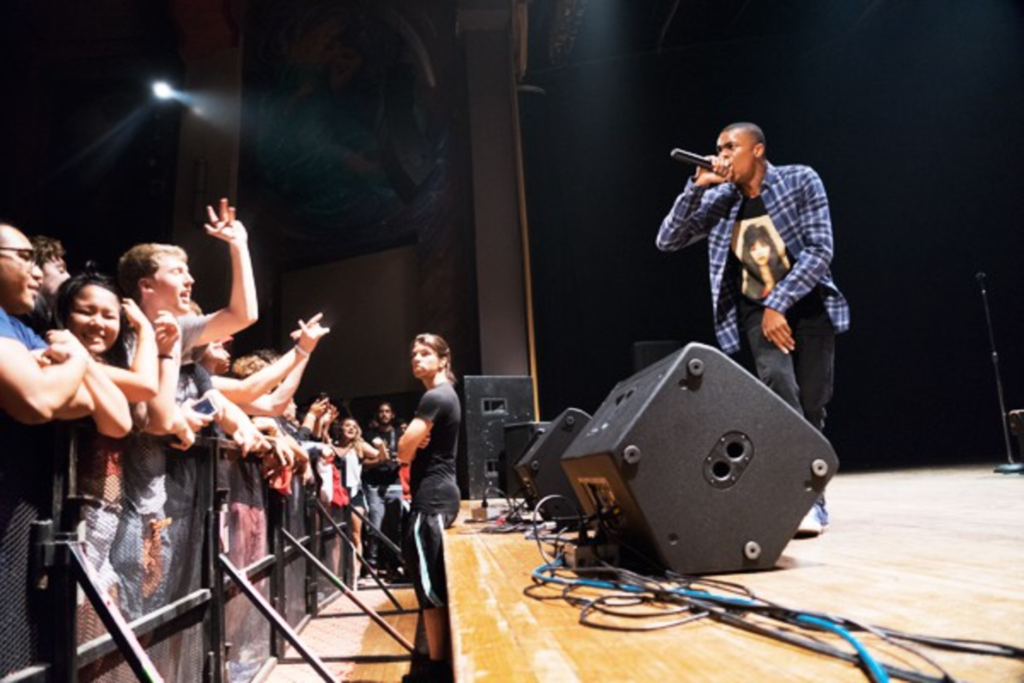 Perusing Vince Staples’ Instagram, you’ll come across an iconic, stark portrait of Ian Curtis, posted by the precocious Long Beach rapper just six weeks ago. The parallels Staples draws between his own work and that of Curtis’ band Joy Division (the short-lived Manchester post-punk act that would go on to become New Order following Curtis’ suicide) don’t end there: look no further than the Unknown Pleasures-riffing cover art to Staples’ debut LP Summertime ‘06, released this past June on Def Jam. The message is clear: Like Joy Division once did, Vince Staples is making unforgiving, industrial-sounding music, songs that often feel as cold and bleak as their lyrical content suggests. 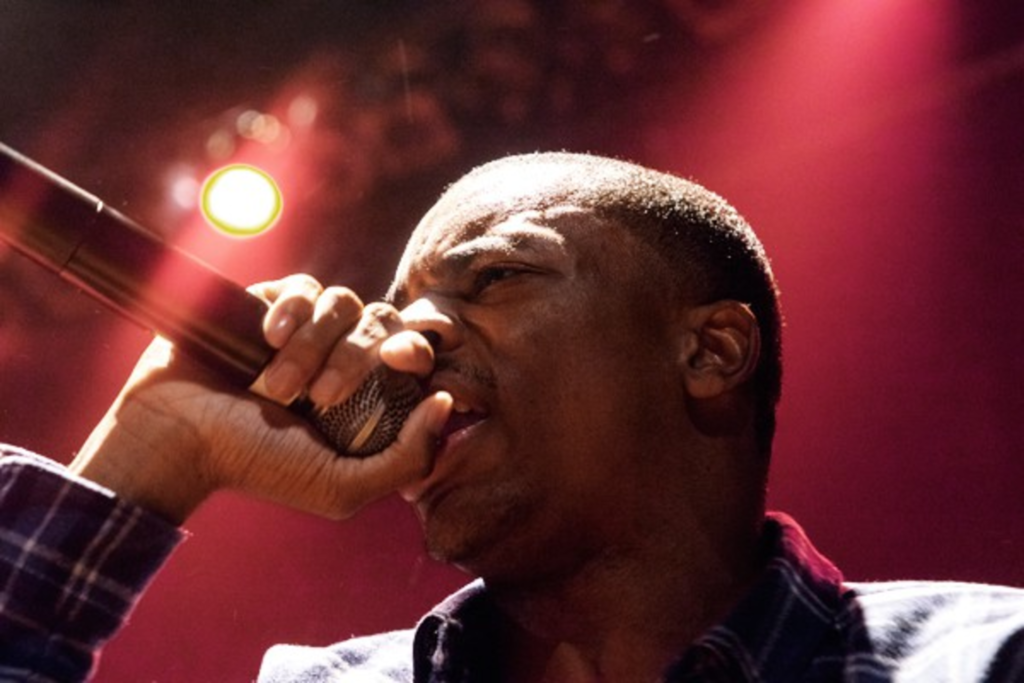 Somewhat surprisingly, Vince Staples played against that insularity last night with a bouncy, rapid-fire set that spanned a brief hour at Liberty Hall in Lawrence. Energetic and jovial (despite copping to still being under the grips of a slight cold), Staples bounded from one end of the stage to the other, resting only briefly in between songs to namedrop Sprite with ridiculous frequency (the Coca Cola-owned beverage endorses him). It was immediately obvious he was taking the piss.

Even better was when he urged the crowd — mostly teenagers and college students — to shout out in unison their disdain for the police, only to immediately call out the absurdity of that sort of sentiment parroted by a room full of mostly white 18-year-olds. The rapper’s jokes, however topical, never felt at the expense of his audience. And this was, indeed, an enthusiastic crowd: Concertgoers hanged on Staples’ every word, repeating his lines. The whole room seemingly pressed flush against the stage barricade for the show’s duration. 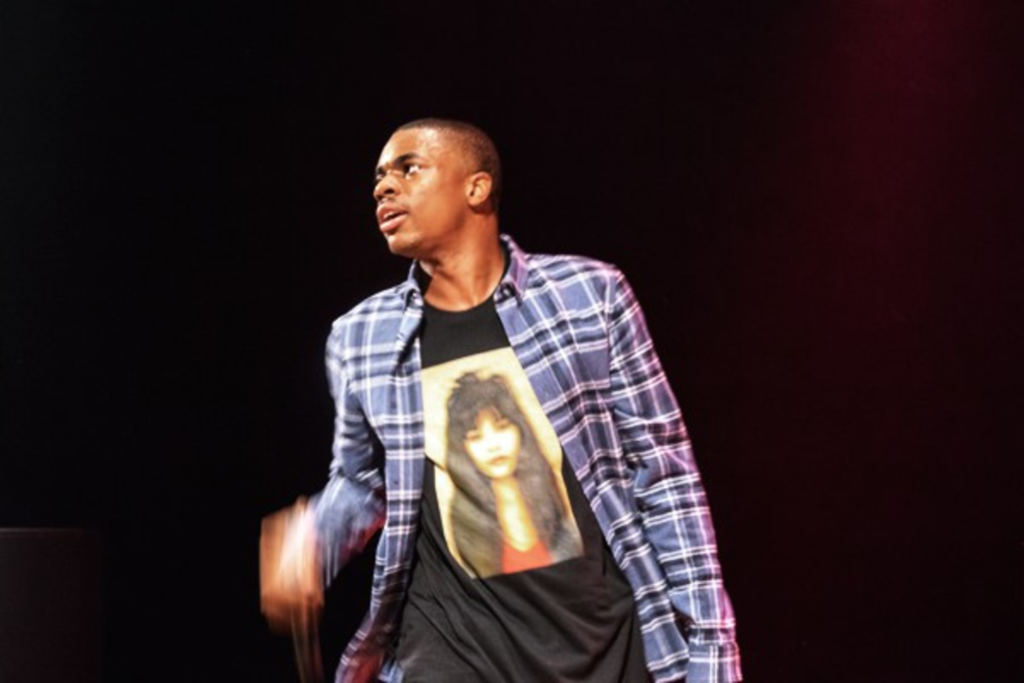 Staples’ music — a handful of early mixtapes, last year’s Hell Can Wait EP and this year’s double LP Summertime ‘06 — unapologetically details Staples’ upbringing in Long Beach, California. Channeling the 22-year-old rapper’s past selling drugs, a father submerged by gang violence and dead childhood friends, Summertime ’06 in particular comes into stark relief through its minimalist soundscapes and blunt clarity. Though Staples has met wide acclaim already, it’s to his credit that his music rests safely at its peripherals; he is seemingly unconcerned with landing anywhere near the Billboard Hot 100. 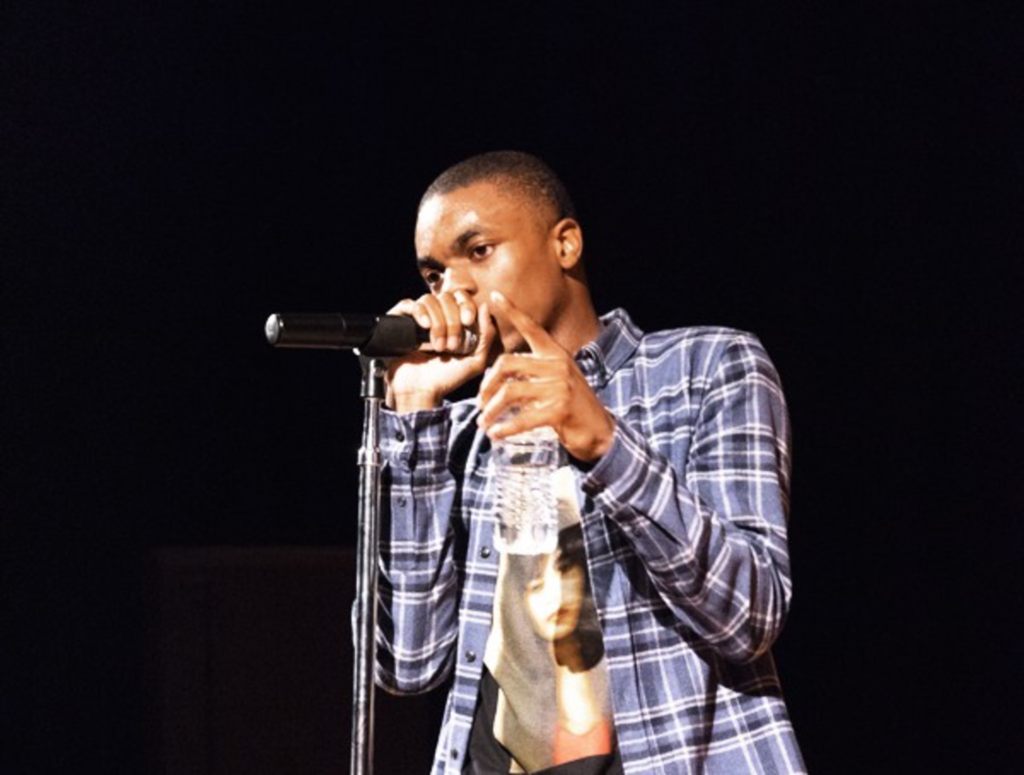 Summertime ‘06 opener “Lift Me Up” rides a sluggish but persistent groove, its rumbling, bassy synths carrying Staples’ smart wordplay over the ebb and flow of a monochromatic tide. As Vince emerged onstage to the song’s opening chords, the Tuesday night crowd’s excitement peaked, and the wild anticipation was palpable in the room. Despite the joyous vibe, there was a cognitive dissonance in hearing these songs rendered live as turn-up anthems. For example: The lines All these white folks chanting when I asked ’em where my niggas at? / Goin’ crazy, got me goin’ crazy, I can’t get wit’ that / Wonder if they know, I know they won’t go where we kick it at? could have made for some terrific tension.

Call it willful naiveté, but the crowd answered by rapping along. And Staples, to his credit, was gracious and genuine, playful in his embodiment of both artist and entertainer. 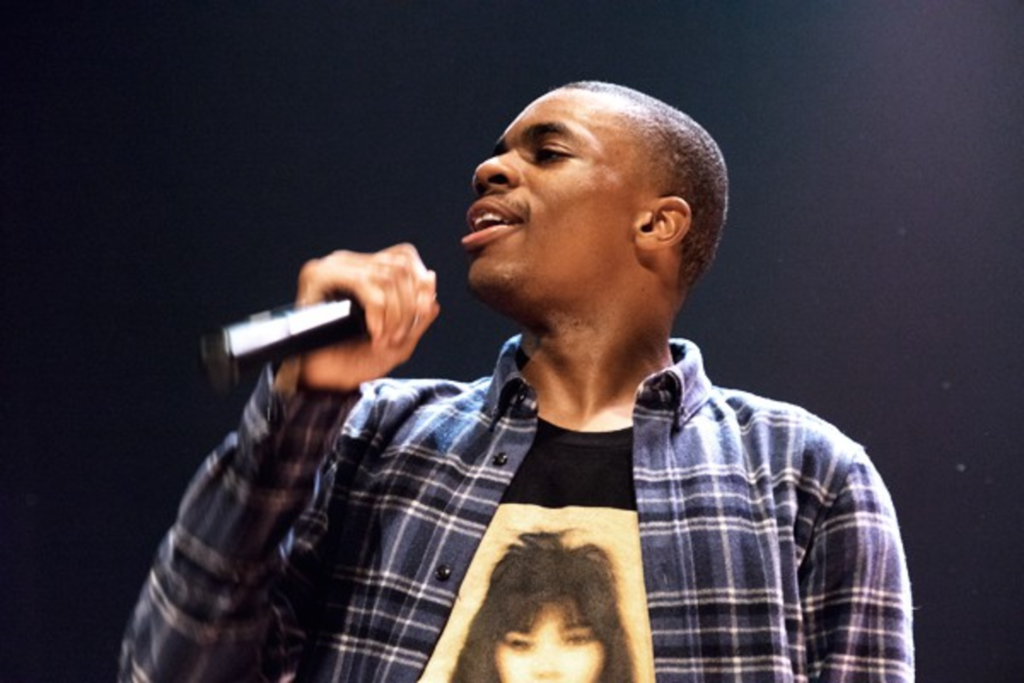 Midway through the set Staples instructed the crowd to raise their hands in the air before launching into the ominous “Hands Up” from 2014’s Hell Can Wait. Staples denies the song was written in reference to Ferguson, but regardless, it proved difficult not to read between the lines.

Finally, everything clicked during set closer and album single “Señorita.” Here, Staples lifts a symphonious Future sample for the hook, rapping intently over a stuttering trap beat and minor-key synths that sound swiped from a John Carpenter horror film score. A track with clear crossover appeal that quite literally pulls straight from the playbook of perhaps the most beloved rapper of 2015 suggests that Staples’ pop appeal isn’t quite so far off. 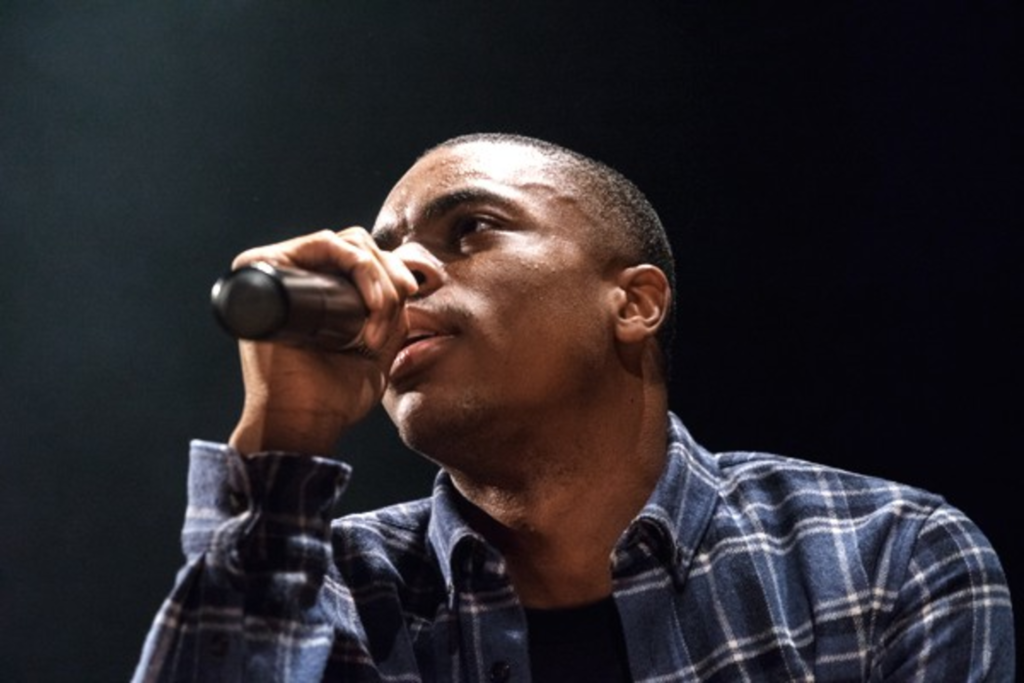 Leftovers: Listening to Summertime ‘06 before the show, I wondered how Staples would translate these songs live. The answer: fairly seamlessly. He gave his audience what it sought — an unhinged performance that each person could collectively get lost within, rapping along to every word, bouncing with the MC as he pogoed across the stage.

Over the course of the first few songs, I was somewhat taken aback: I was expecting Joy Division, somber and reticent, live renditions felt as gravely as the songs come across on record. Staples raps scathingly about the violence and injustices African Americans in this country suffer that many white people actively pretend don’t exist, and that context feels imperative to his work. But as he launched into “Norf Norf” near the end of his set, I began to reconsider the distinction I had made between listening to his songs, alone in my car, and now, with a room full of ecstatic people. And then, Staples seemed to answer as he rapped the night’s own mission statement: My Crips lurkin’, don’t die tonight / I just want to dance with you, baby.

A note on the openers: Lawrence act Ebony Tusks set the mood as concert goers trickled in, taking on the task of hyping up a gathering but no less attentive crowd. Best was a guttural, rumbling number that recalled Death Grips. Clouds of weed smoke curlicued up into the red hues of the stages lights as the group’s shadows danced across the side stage curtains. You could feel their rising chant of “Way back, way back” in your chest. If you haven’t heard this group yet, remedy that now.