The highly anticipated sci-fi epic is intelligent but emotionally vacant. 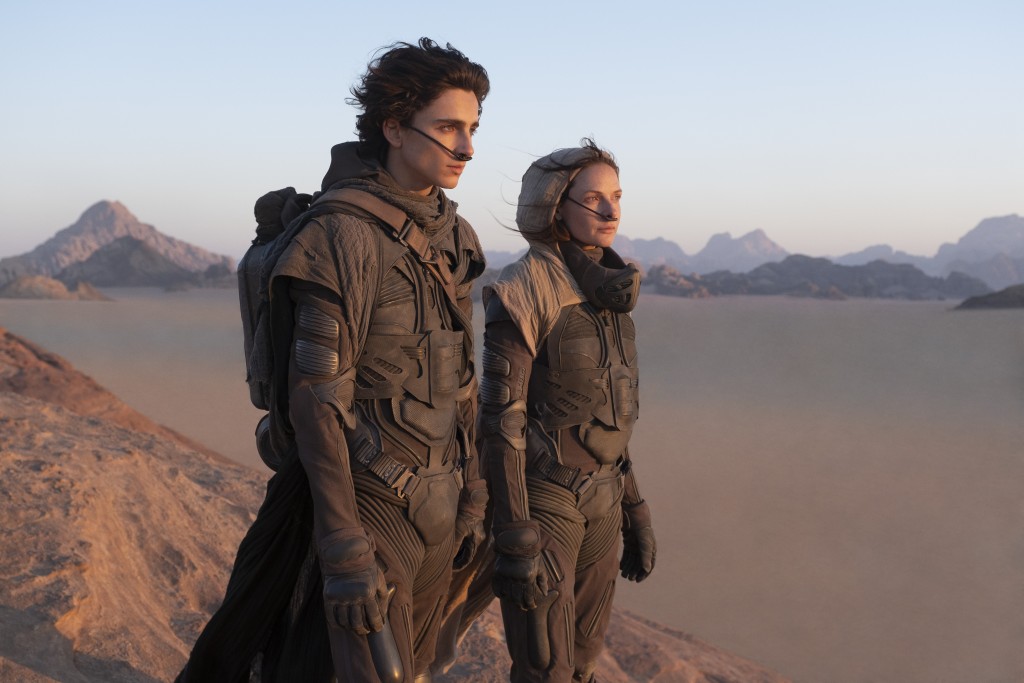 It’s finally here. After what’s felt like ages, Denis Villeneuve’s adaptation of Frank Herbert’s seminal sci-fi classic Dune hits theaters. It is, of course, a property with a difficult cinematic legacy. David Lynch’s infamous 1984 version crammed the whole novel into two hours and 17 minutes. It was so poorly received that Lynch wanted his name removed from the final product.

Villeneuve’s film is two and a half hours and only covers the first half of the book. Whether it will be successful enough to deliver a part two remains to be seen—during its festival run, Villeneuve’s Dune received a divided response from critics and audiences alike.

So, all that expectation aside, how is Dune, really?

There are some parts of Villeneuve’s movie that are incredibly special; no matter your feelings on the director’s insistence that you see his film in the theater, it’s true that this is best watched on the largest screen possible.

Villeneuve, production designer Patrice Vermette, and cinematographer Greig Fraser combine forces to create massive spaces and deceptively simple architecture, doing some incredible work with scale that functions best if you yourself feel like an ant. So, if you must see Dune, you should see it in IMAX.

None of this, however, changes the fact that this movie is largely table setting for the action and character development to come in part two—if we get it. Dune spends a lot of time promising viewers that no, really, just hold on, things are going to get interesting, only to actually pick up steam in its final half-hour before it abruptly ends on an intriguing but frustrating note. Think of it like the blockbuster version of Buffy the Vampire Slayer’s season one: to get to the good stuff, you have to work through this first.

To Villeneuve’s credit, considering the novel’s complex mix of politics, economy, and ecology, the movie does a solid job of worldbuilding. The desert planet Arrakis is the source of a valuable mineral called melange or “spice,” sacred to its indigenous people, the Fremen, and a necessary interstellar travel resource off-world.

The planet is also an imperial property. At the start of the film, the galactic emperor changes Arrakis’ stewardship from the greedy Harkonnen clan to the more progressive Atreides family. Patriarch Duke Leto (Oscar Isaac) mobilizes his forces to set up shop on Arrakis, alongside his partner Lady Jessica (Rebecca Ferguson), and son Paul (Timothée Chalamet).

Shortly after their arrival, obese, levitating villain Baron Harkonnen (Stellan Skarsgård) initiates a coup, which drives Paul and Lady Jessica out into the treacherous desert. On top of all this, Paul’s been having dreams featuring a Fremen girl (Zendaya) and possible glimpses of a future in which he plays a significant role. Lady Jessica, a member of the powerful Bene Gesserit religious sect, thinks Paul may be some kind of messiah, a possibility the sect’s leader (Charlotte Rampling) confirms.

Dune boasts a sprawling cast of interesting characters who we don’t get to spend much time with as the movie jumps between plotlines. Mostly, Dune focuses on the economy of the empire and the environment of Arrakis, both of which are interesting but don’t carry much dramatic tension. Once we get past the Shakespearian-history-play setup and blood starts to spill, Chalamet’s Paul comes into his own.

It’s good casting, as Chalamet can play pale noble-born man-waifs like nobody’s business. Evolving into a divinely appointed leader, however, will be the hefty work of part two. In the meantime, part one doubles down uncomfortably on the white savior nature of the character. (Yes, Dune fans, before you come at me, I realize that’s intentional.)

Surrounding all of it is the sparse, modern design that’s defined Villeneuve’s other sci-fi epics like Arrival and Blade Runner 2049. It’s a hard sci-fi look that’s grand and otherworldly. However, it must be said that it’s also a bit bland and serious. You’d be hard-pressed to find anything as innately silly as Patrick Stewart in military dress holding a pug in Villeneuve’s telling. This Dune’s narrative parallels to middle eastern cultures are clear, but very little of that influence exists in the film visually.

All this is to say, nothing in Dune offends. Some of it is genuinely impressive. But, unfortunately, it’s hard to find anything that inspires. Given the movie’s length, that’s a particular letdown. There are suggestions that, should the second half of the story get a green light, we’ll eventually get something worth being excited for.

If you can weather what amounts to a promising two-and-a-half-hour pilot, you may find some payoff down the line.