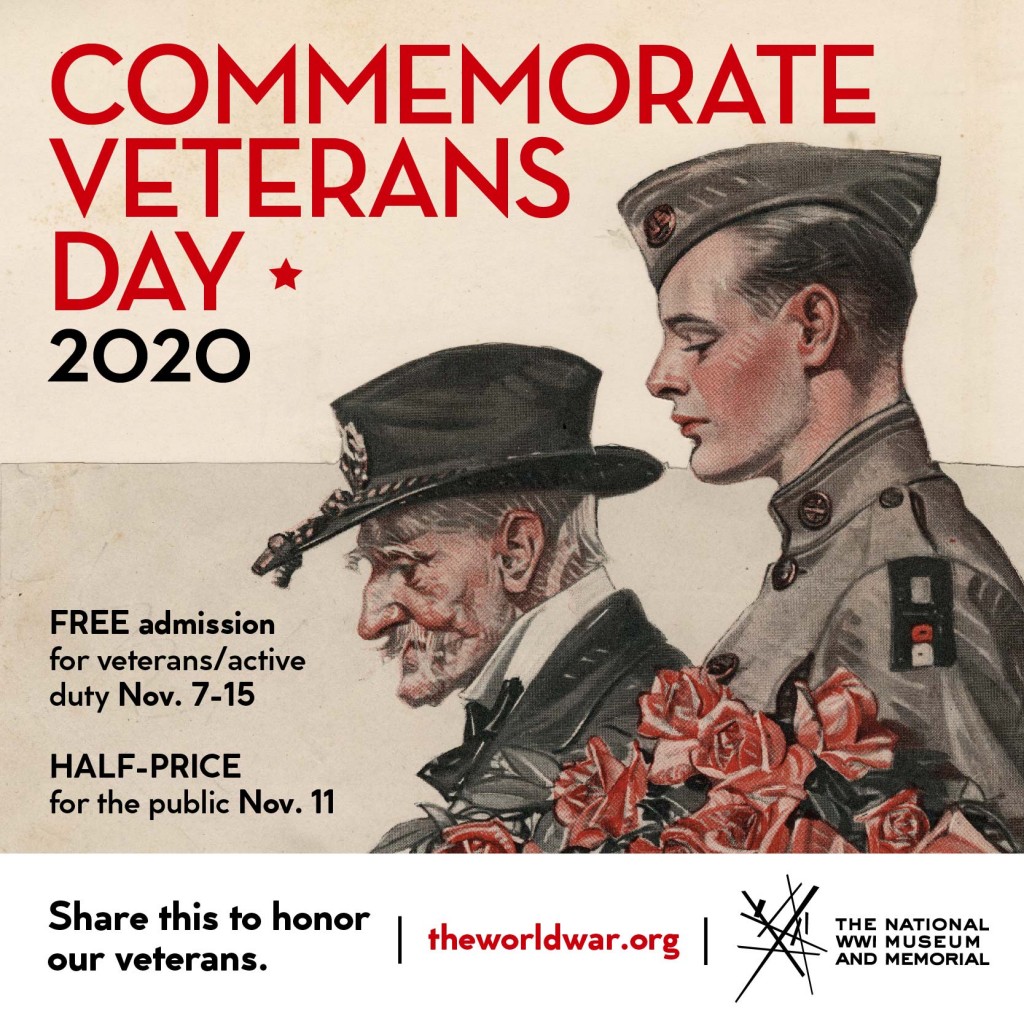 Make sure you’re up early tomorrow and at the World War I Memorial or you’ll miss skydiving veterans at 6:30 a.m. This one-of-a-kind aerial stunt will kick off a full day of activities for Veterans Day 2020.

WWI Museum Director of Communications, Karis Erwin explains how the jump came to be, saying, “We had a group approach us called the Bird’s Eye View Project, they are a nonprofit that works to impact the lives of veterans and first responders. They approached us asking if they could host this event here, where they tandem-parachute 10 veterans from each conflict since WWII onto our grounds, and then cap it all off with a base jump off the Liberty Memorial tower, and we said, “Sure, why not?” So that should be pretty exciting.”

The skydiving stunt, dubbed the “Legacy Jump” will be led by Purple Heart Recipient, former Navy SEAL and extreme sports enthusiast, Ryan “Birdman” Parrott. The “Legacy Jump” will feature an All-Veteran Group parachute team who will tandem skydive a veteran from each war–World War II, Korean War, Vietnam War, Persian Gulf, Afghanistan War & Iraq War, as well as Sept. 11–and land on the Museum and Memorial’s North Lawn. The veterans range in age from 28 to 92.

Parrott will cap off the jump with a symbolic WWI Soldier & “Missing Man” BASE Jump from the 217-foot Liberty Memorial Tower in honor of POW-MIAs and World War I. The “Legacy Jump” will bring together generations of veterans, including news host Pete Hegseth, to raise funds and awareness for veteran and first responder causes through the Bird’s Eye View Project.

Alongside this “legacy jump,” the museum will be hosting a free public Veterans Day ceremony, featuring an address by Bob Kendrick, president of the Negro Leagues Baseball Museum; a reading about “Resilience,” this year’s theme, by Mayor Quinton Lucas; and a performance by the Kansas City Symphony. During Veterans Day, general admission to the museum for the public will be half price, and completely free for veterans and active-duty military from November 7 to the 15th.

“We have the traditional events that we always do, that are really important to us as an organization,” says Erwin. “We do also have three new events, which is very exciting, and everything is outdoors. All of our events will be outdoors this year, to help with the safety of all our celebrations.”

After the Veterans Day ceremony at 11 a.m, local organization Cars for Heroes will be giving away 11 vehicles to veterans on the memorial’s North Lawn. The twice-annual Walk of Honor dedication ceremony will take place outside at 2 p.m, and will be followed by a performance from the KC Symphony’s Mobile Music Box.