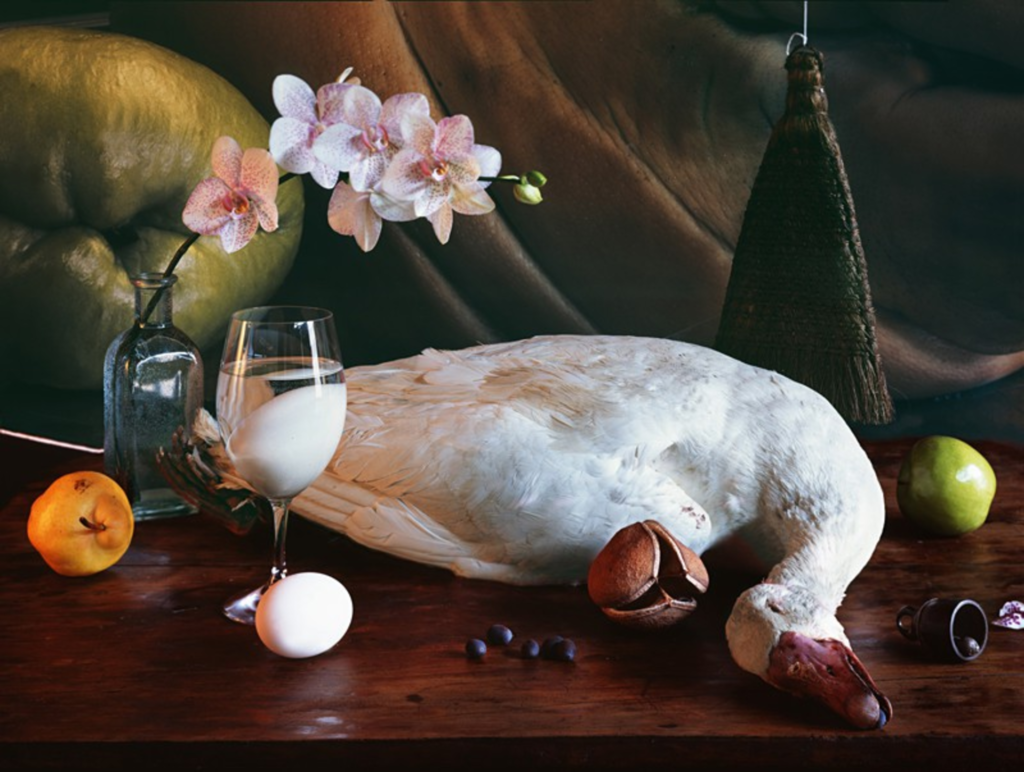 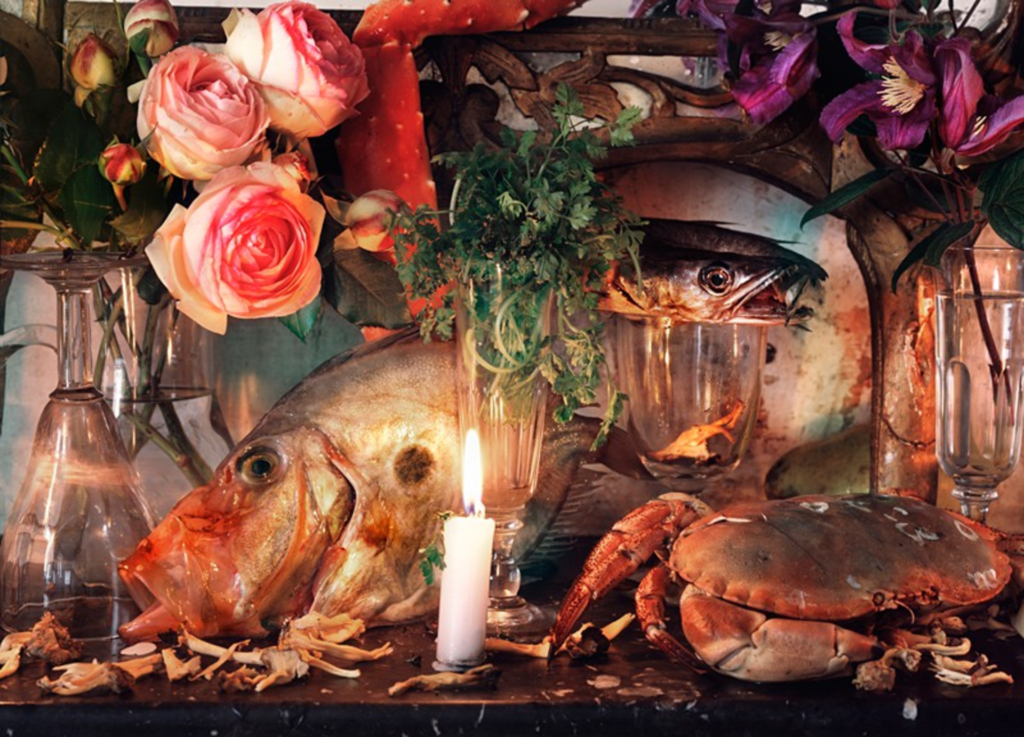 Artist Vera Mercer splits her time between Paris and Omaha, Nebraska, where — along with her husband, Mark — she runs the restaurants V. Mertz, La Buvette and the Boilerroom. She says the Parisian markets and local farmers and hunters she has met in Nebraska provide her with a bounty of items for her large-scale photographic still lifes, 14 of which are on display at Sherry Leedy Contemporary Art.

With their dramatic lighting and painstakingly assembled arrangements of china, cutlery, fruit, fowl and game, Mercer’s photographs recall Dutch Baroque still-life paintings. Shifts in religious views and the growth of the middle class in 1600s Northern Europe opened the market for secular artwork, and painters met that demand with still-life oils showing off their skills in reproducing intricate details, textures and light effects.

The Pitch invited Denise Giannino, a doctoral candidate studying Dutch Baroque art history at the University of Kansas, to look at Mercer’s art with us and offer some expert insights.

The Pitch: Do you see any subject matter or themes in Mercer’s images that you would also find in Dutch Baroque still-life paintings?

What I see in these is a combination of both of those ideas. In many of them, she has them laid out on a table that you could sit down and eat at, but to my eye they are not always presented in any sort of discernible category or logical combination. I don’t really know what flowers are doing with fish. And you really wouldn’t eat strawberries with fish. I can’t really think of a kind of meal where you would combine fish and strawberries.

The foods don’t look like they are prepared and ready to consume, either.

No. What’s also interesting is that, even though she has the candles, they seem to function as both an internal light source and maybe as a vanitas or memento mori symbol.

Can you explain vanitas?

Vanitas is a visual motif or element reminding the viewer of the transience of life, of their own mortality and the futility of believing in any sort of sense of permanence.

When you have the overt vanitas theme or motif in Dutch still lifes, there’s definitely some sort of element of decay. There’s an item that’s rotting or a bug that’s eating something. That connection between time and transformation is much more evident to the viewer than I can see with these.

You mentioned the candles as a light source. In terms of shadows and light, is there anything that was important to still lifes historically?

One of the hallmarks of Baroque art in general is dramatic lighting. The dramatic lighting you tend to see in still lifes is usually the product of a very dark background. Because of the dark background, you have a sense of a very shallow space or an ambiguous space all together, with the items placed close to the foreground and a spotlight effect usually falling from top left to bottom right.

These are photographs, and part of photography is being able to focus on certain parts of the picture plane. But what about painters? Would everything be in sharp detail?

There’s definitely an emphasis on precision because it’s a way for the artist to show off how they can use oil painting to depict something.

You could spend hours looking at one of these and discovering new things.

That quality of an image is another similarity to Dutch still lifes because everything is so precisely rendered. It makes you want to spend a lot of time looking at it.