Vedera vies for the limelight with major-label debut LP 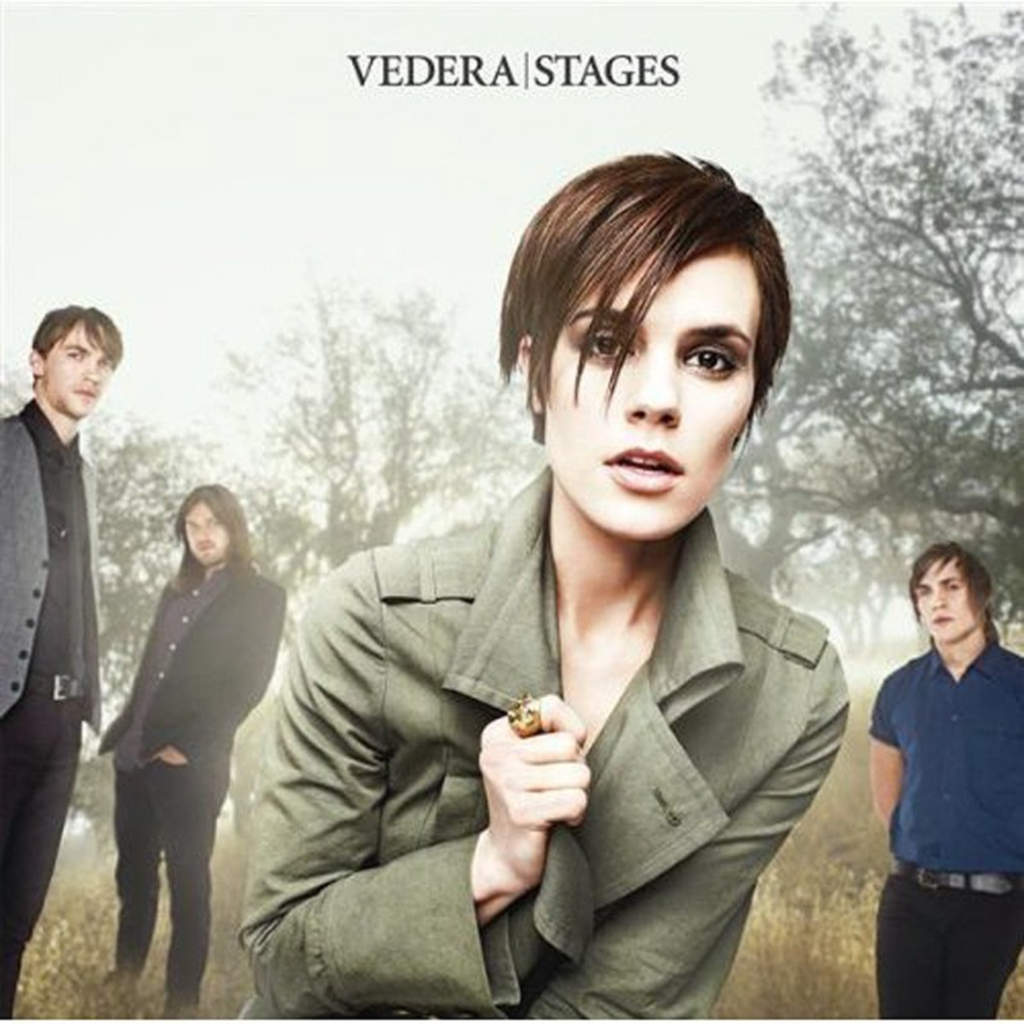 With its plush, interactive Web site and constant tweets, KC-gone-national act Vedera is, by all appearances, a busy band these days.

A brief history: The emotional indie-rock group sprang up as Veda around 2004, changed its name in 2005 and signed with Epic in June 2007. The major label finally released Vedera’s second full-length, Stages, this month — on the same day that the band appeared in an episode of The Hills.

Stages had been finished for more than a year now. Meanwhile, the band endured at least one mishap — a car accident last December, which reportedly left singer Kristen May with a broken nose.

If the Hills performance is any indication, the injury didn’t have any lasting effects on her sweet face or the sounds that come out of it. Showing off May’s pipes is pretty much the whole point of Stages.

May’s mournful call — striking if you just hear one song — is the focal point. But as she oohs along in a high and rather narrow vocal range for 13 lovelorn tracks, the effect can be tiresome.

It would help if the music were more interesting, such as if the band made use of electronic beats or let May’s keyboard skills shine. (Think Regina Spektor.) But Vedera’s never-too-aggressive guitar chords and drum fills are just bland pop cushioning for May’s keening. After several listens, only one song, “Loving Ghosts,” stuck in my head, and that’s partly because I remembered it from a New Year’s Eve 2008 show at Main Street Café.

Homogenized though they are, the Stages songs are perfect soundtracks for romantically fraught TV-show moments and for drawing in younger audiences — and their moms. Kinda like a lot of the successful yet mediocre-to-annoying bands (the Fray, Plain White T’s) that Vedera thanks in its liner notes.

Vedera also thanks a host of locals, including KRBZ 96.5, the Kansas City Drum Company and Blue Collar Distro. The band’s gracious hometown pride makes it easy to be proud of its successes, even if the music isn’t all that to me.