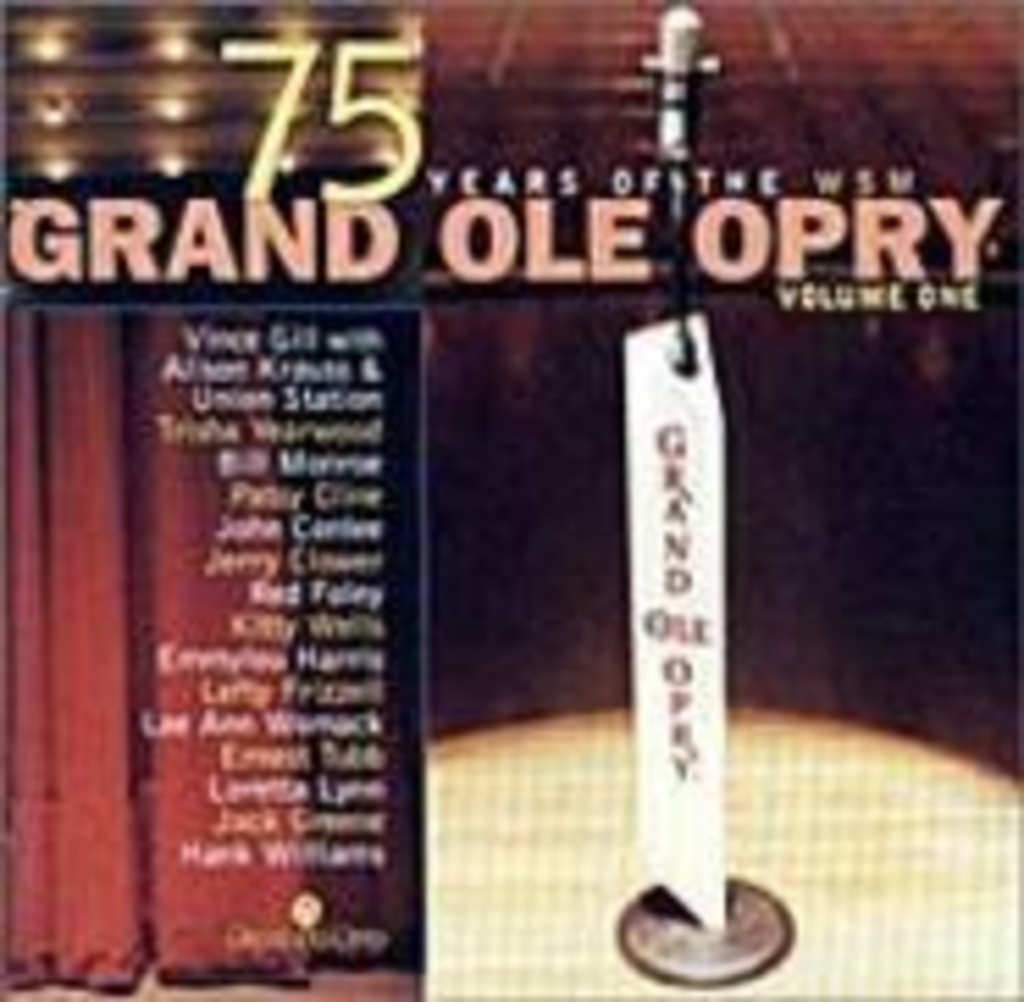 In a play to keep its show vital into the new century, the Grand Ole Opry has recently begun booking promising but as-yet-unknown acts such as Mandy Barnett, Mike Ireland, and the Derailers alongside its roster of country legends, and the program is now even Webcast at wsmonline.com. However, these two discs are dedicated to the venerable live radio program’s colorful past, not to inventing its future. And so, from Uncle Dave Macon’s “When the Train Comes Along” to Lee Ann Womack’s “Lord, I Hope This Day Is Good,” from Patsy Cline’s “Walking After Midnight” to Patty Loveless’ “Timber, I’m Falling In Love,” these discs, 15 cuts each, offer some of the finest records ever made by many of the Opry’s biggest stars. However, the Opry has always been about live performances, not records. Remembering the show with a collection of studio recordings is deeply flawed, like honoring an actor’s stage career with clips from his movies.

The discs provide no sense of what Opry historian Charles Wolfe calls “a good-natured riot”: The Solemn Old Judge doesn’t blow his steam whistle here, Minnie Pearl doesn’t flirt with ol’ Hank, the announcer doesn’t hawk Goo Goo Clusters, and DeFord Bailey doesn’t wow the crowd with his harmonica prowess. In fact, except for on one live cut per disc (the first from Bill Monroe, the other a duet by Brad Paisley and Chely Wright), what’s most notably absent here is the Opry audience. For instance, Jack Greene’s 1968 hit “Statue of a Fool,” on Volume One, is certainly a great record, monumental in every sense of the word. But when Greene performs the song today from the Opry stage, his nearly operatic final note is immediately followed by a blast of ovation that’s truly staggering. It’s the electric thrill of just such spontaneous outbursts that has made the Opry special and that these tributes miss.