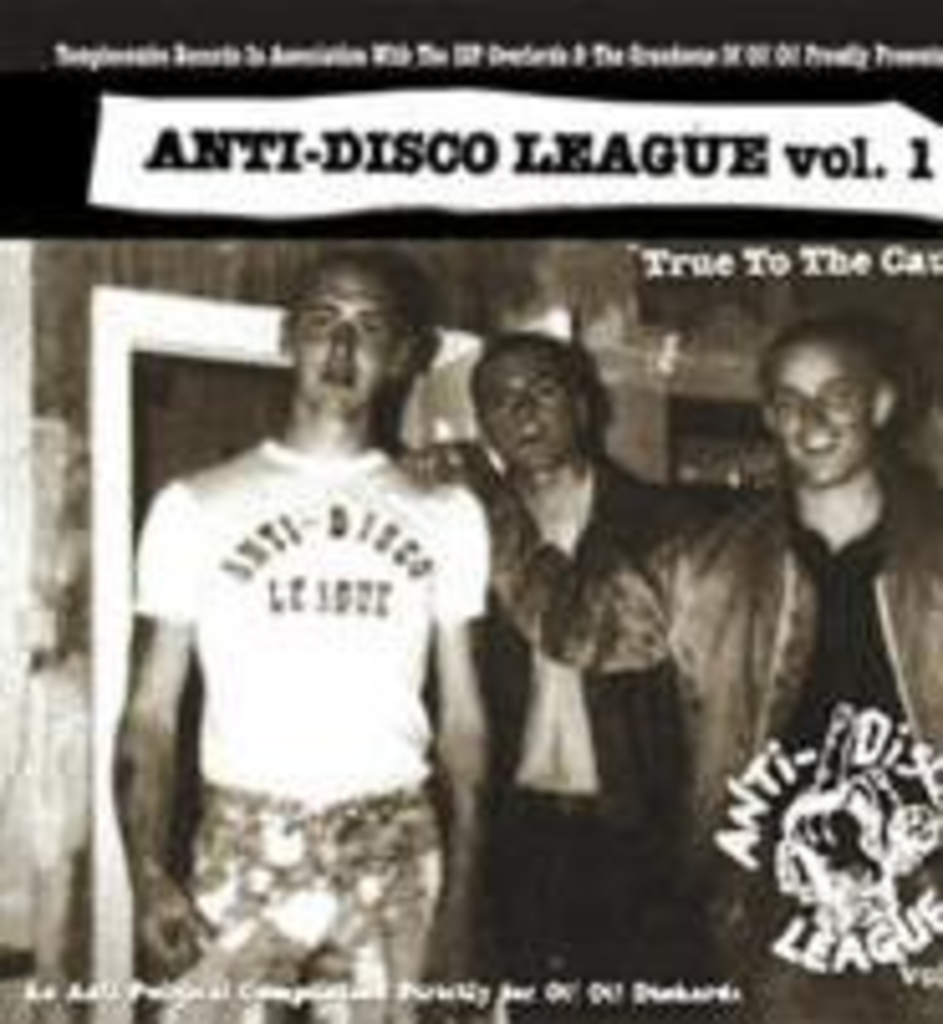 Around 1980, the skinhead youth cult was invaded by English neo-fascists, provoking a well-meaning anti-fascist response. Ever since, skinhead rock — the steel-toed, beer-serious cousin to punk known as Oi! — has hauled around more baggage than any petty hooligan should have to bear. Anti-Disco League Vol. 1 aims to water the genre’s non-ideological roots with 16 tracks by a veritable U.N. of current bands. New York’s Templars, who organized and released the comp, contribute a catchy, stuttering track with a refined mix of Clash-ish punk and ’60s Britrock, while the more conventional Spanish Basque-region band Des-Kontrol turns in a bold anthem reminiscent of Oi! pioneers Angelic Upstarts. England’s Retaliator is guttural and pissed, contrasting the near punk-pop of fellow Brits Deadline, and fronted by a female singer who sounds like a tougher Kirsty MacColl. And Germany’s Stomper 98 serves up the most fun, with a swinging ripper that owes something riff-wise to “Raunchy,” the ’50s rock instrumental. With an overall commitment to street-level aggro and pub-rocking efficiency, these bands have not scattered into cranky little subgroups the way punk bands have. But they retain as much organic variety in their music as they do in their politics, which seem to range — in historical American terms — from, say, the Dead Kennedys to Lynyrd Skynyrd. Presumably, they all agree on one pressing issue: Disco sucks.