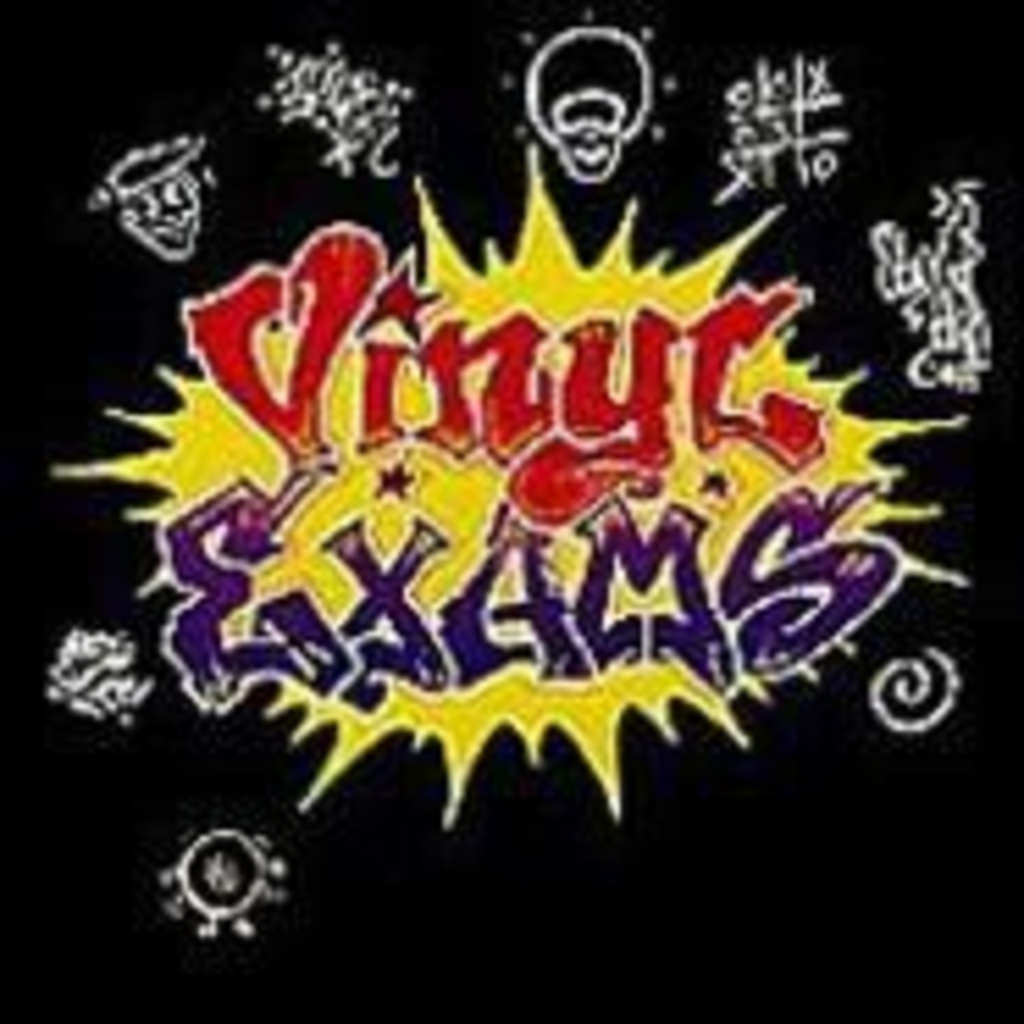 The hip-hop generation is getting older, and Vinyl Exams is the perfect tool to help aging heads reminisce. More important, Vinyl Exams, which flashes back to the “golden era” of hip-hop with a collection of rare jams, helps new jacks respect the culture’s pioneers by providing an interactive history lesson.

The CD features 12 songs, often neglected by music historians, that helped define the movement. Joints by The Fat Boys (“Stick ‘Em”), Just-Ice (“Going Way Back”), and Ultramagnetic MCs (“Ego-Trippin'”) were underground classics long before the corporate takeover of rap. These were the 12-inch singles that local DJs, such as Mr. President, Captain Vonzelle, and DJ Fresh, spun at The Cove, The Amphitheater, and numerous basement parties during the genre’s Casio-and-drum-machine infancy.

Vinyl Exams represents an era during which rap was exciting, new, and fun. DJ Cucumber Slice, a.k.a. Bobbito, hosts the audio portion of the disc in the format of a radio show. The songs are bangin’, and the interviews with such rap legends as Run-DMC, Jam Master Jay, Prince Markie, and Afrika Bambataa are priceless. Bambataa explains how the 1964 movie Zulu inspired him to create the Zulu Nation, and Run-DMC discusses the creative process that led to “Peter Piper,” the definitive rap song.

Musical highlights include Roxanne Shante’s improvised duet with clown prince Biz Markie on “Def Fresh Crew” (which features Biz’s unforgettable beat-box version of the Meow Mix jingle) and The Treacherous Three’s go-go party jams “The Body Rock” and “Bring the Beat Back.” Also notable is the album-opening “P.S.K.: What Does It Mean?” from Schooly D, the originator of gangsta rap. (At the time, Dr. Dre was still with the R&B group World Class Wreckin’ Cru, dressing more like Prince than a thug.)

The album’s most innovative feature is its enhanced-CD option, which gives listeners who slip the disc into their computers a comprehensive look at rap’s origins. Opening with a break dancer who moves to The Fearless Four’s “Rockin’ It,” which sounds fresh, the disc offers lessons in hip-hop culture’s major components: graffiti, fashion, b-boying, and DJing. Video clips of interviews, which come complete with demonstrations by pioneers of the game, provide a massive amount of information. Crazy Legs demonstrates b-boy moves through interactive dance lessons while discussing the history of hip-hop dance styles. In the graffiti section, legendary artist Doze serves as a dope tour guide through a gallery packed with street masterpieces. In the record-spinning segment, DJ Grand Wizard Theodore, the inventor of the scratch and needle drop, talks about his art, then Charlie Chase drops the science on how crews used to throw park jams, offering a step-by-step demonstration on how to steal power from a lamppost to power a sound system. The threads segment features an old-school fashion show that pays homage to such gear as Kangols, shell-toe Adidases, and fat belt buckles.

Although the enhanced-CD bonuses are amazing, hip-hop heads without computer access are out of luck; the album inexplicably offers no liner notes. Despite this slip-up, Vinyl Exams is a must for anyone who wants to understand the pure, uncut version of hip-hop culture without media misinterpretation and misconceptions.