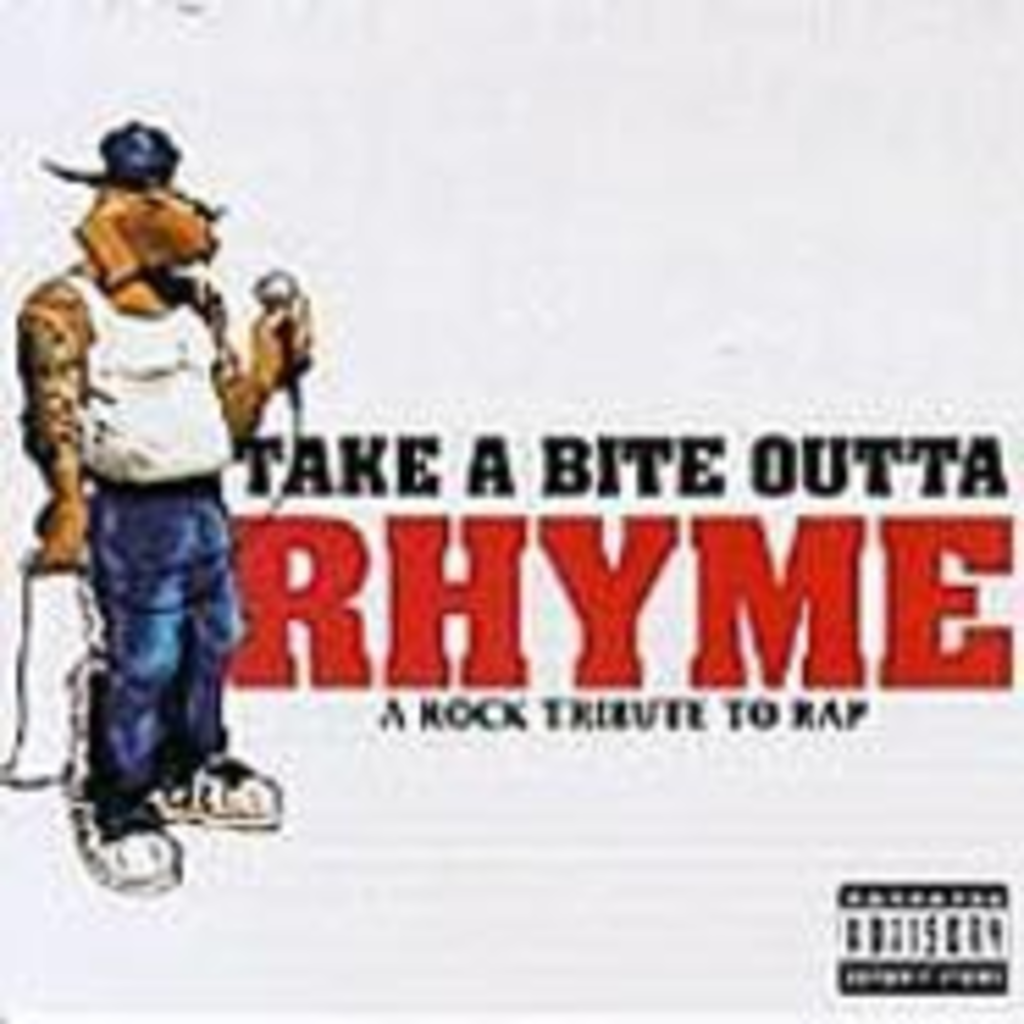 Young bands that lack original material often cover songs by their primary influences to take up space in concert. Neither desecration nor reinterpretation, these quickie covers tend to lack the craft and care that made the originals worth covering. The nicest thing that can be said about Take a Bite Outta Rhyme: A Rock Tribute to Rap is that a few of these enthusiastically delivered tracks approach this B-side status.

Limp Bizkit (which has been known to cover Jane’s Addiction, Metallica, House of Pain and, in a postmodern twist, Korn — covering an Ice Cube tune using a Slayer riff) teams with members of Staind to produce a decent version of Public Enemy’s “Bring the Noise” that nonetheless pales in comparison to P.E.’s 1991 collaboration with Anthrax on the same tune. Dynamite Hack’s “Boyz In the Hood” and Bloodhound Gang’s “It’s Tricky” are funny only the first few times they’re played — “Look at me, I’m a geeky white boy trying to be ‘down'” shtick has a short shelf life. But these songs possess a sense of humor, however stale, which at least separates them from rap-metal opportunists Factory 81, Nonpoint, Dope, and Driver. Britney Spears’ cover of the Stones’ “Satisfaction” seems like an enjoyable and appropriate homage compared with these painfully sterile renditions of some of hip-hop’s most soulful songs.