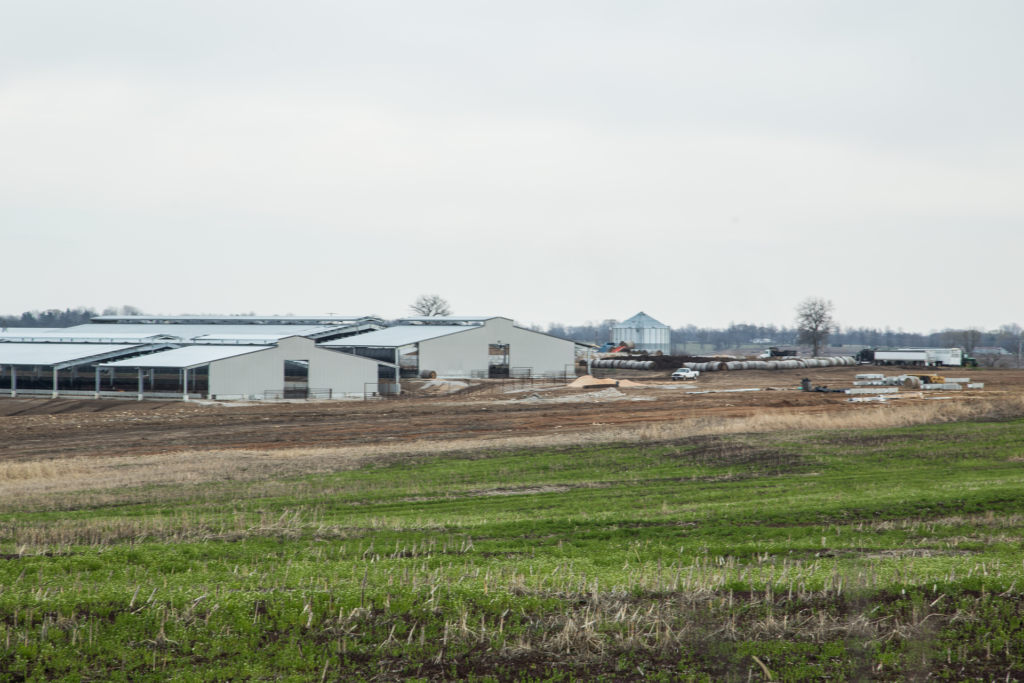 Valley Oaks Steak Company off US-50 Highway in Johnson County, Missouri, announced today that it is closing, effective immediately.

“It is with profound sadness that, due to economics, we are closing operations,” the steak company and cattle feedlot wrote in a statement on its Facebook page. Valley Oaks cited financial hardship from the expenses of legal battles and “extensive marketing efforts needed to counter misinformation.”

Since early 2018, the company has been at the center of lawsuits and appeals filed by Powell Gardens and local residents after the concentrated animal feeding operation (CAFO) applied for a permit that would allow Valley Oaks to expand from 999 beef cows to 6,999.

Valley Oaks sat three miles down the road from Powell Gardens, a botanical garden 40 miles southeast of Kansas City that sees over 100,000 visitors a year. It was also within a three-mile range of somewhere between 500 and 880 homes.

“The last year and a half has been very taxing on the staff and the board and the gardens,” says Powell Gardens CEO Tabitha Schmidt. “I’m sorry to see people losing their jobs. We never wanted to see that, but at the same time, our issue with Valley Oaks has always been its location, its size, and its scope. They just picked the wrong place to do it.”

When the Missouri Department of Natural Resources approved Valley Oaks’ permit to expand its operations last June, Powell Gardens and Lone Jack Neighbors for Responsible Agriculture immediately filed a lawsuit. After several rounds of various appeal commissions recommending that the decision be reversed, the Missouri Clean Water Commission issued a preliminary injunction that halted the feedlot’s expansion until the lawsuit was settled. The trial was set to begin in February 2020.

Just last month, 141 property owners banded together to launch their own lawsuit against the company, accusing Valley Oaks of trespassing and being a nuisance. The lawsuit described the atmosphere created by the feedlot as filled with flies, pollution, and a horrific stench.

The divide Valley Oaks caused was deep. It resulted in three of the company’s cows being shot to death in what the feedlot described as threats against the company’s owners and family members.

“Unfortunately, Valley Oaks became a lightning rod for individuals and organizations as opposed to animal agriculture operations,” the company said in today’s announcement. “In our view, opponents engaged in fear-mongering for their own economic benefit, or simply pre-judged Valley Oaks based on inaccurate information.”

Valley Oaks said that it had designed its business model around sustainable and environmentally friendly operations.

In one of the appellate hearings last October, a state commission found that the feedlot’s plan to spread manure on nearby farmland would likely result in contaminated water. It also said the company did not have adequate storage for the manure the cows would generate per day. If Valley Oaks had been successful in securing the expansion permit, it would have become the largest cattle CAFO in Missouri. CAFOs of that size emit pollutants such as hydrogen sulfide and ammonia, which can be a public health concern for those within a one-mile radius of the CAFO, as the stench travels for miles.

In today’s announcement, Valley Oaks insisted it had been a model for how animal agriculture should be conducted.

“We believe in the court system and looked forward to having our day in court, so that we could prove to a jury and the public that we love our community and that our approach to agribusiness was not a nuisance but was environmentally sound, sustainable, and promoted local and regional agriculture,” Valley Oaks wrote. “Sadly, the economics of doing so did not work out for us.”