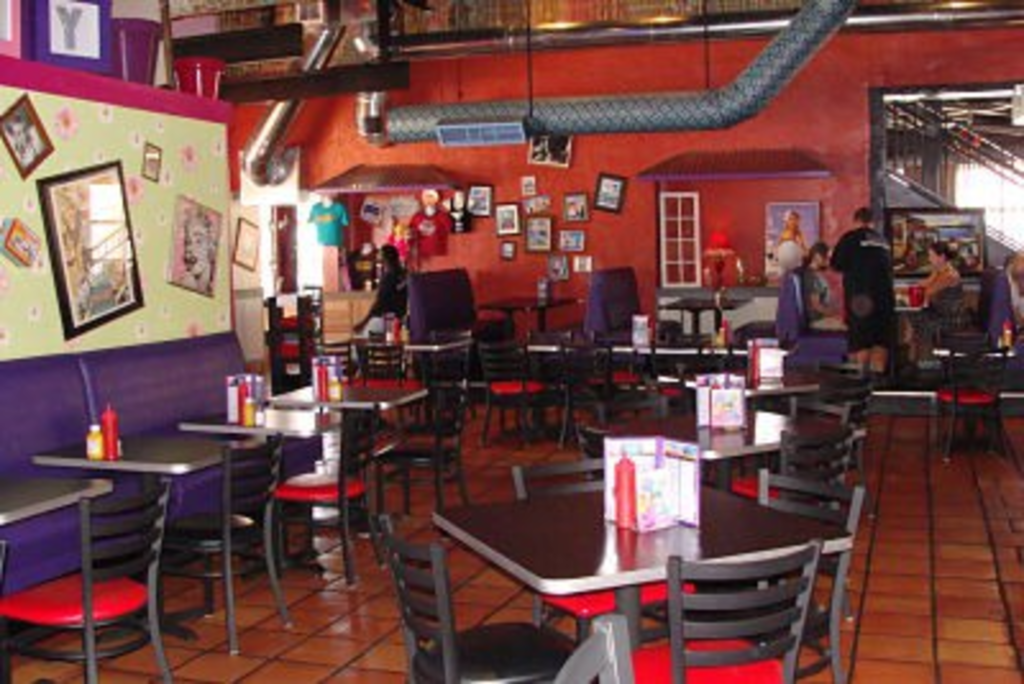 The bright-purple building at 101 Southwest Boulevard that has been home to soon-to-relocate Hamburger Mary’s will next be Up-Down, a bar and arcade featuring vintage video games from the 1980s and ’90s. As soon as Hamburger Mary’s owners, Erik Christensen and Jeff Edmondson, complete their move from the Crossroads to the Uptown Theater (3700 Broadway), tentatively at the end of this month, Up-Down’s owners will start their renovation.

David Hayden, local spokesman for the Des Moines-headquartered Up-Down, says owners Sam Summers and Josh Ivey expect to open this, their second location (the first opened in the East Village neighborhood  of Des Moines a year ago), before spring. And when construction starts, that delectable shade of lavender will be one of the first things to go.

“Yes,” Hayden says, “they will be painting the building a different color.”

Hayden summarizes the Up-Down concept as “an over-21 arcade featuring electronic and nonelectronic games from the 1980s and ’90s and serving craft beers from local and regional breweries, and 1980s- and ’90s-inspired cocktails.”

It will not be a live-music venue, Hayden says.

What kind of cocktail is inspired by the 1980s? “A popular character from Super Mario Brothers was Princess Peach,” Hayden says. “We’ll have a Princess Peach Punch.”

There will be a bar in the arcade but limited seating. (Expect, instead, table seating on the patio.) “We don’t want patrons to isolate themselves around a table,” Hayden says. “We want them up and interactive with the games. This isn’t a bar. It’s the anti-bar. It’s about games, not live music.”

Recalling their original Reagan era, the games will cost just a quarter to play. The owners plan to rotate machines in the arcade from their collection of once-popular machines, such as Pac-Man, Frogger and Donkey Kong. “They have over 200 machines in their warehouse,” Hayden says.

Warehouses are the reason that so many of these vintage machines are still around.

“When Nintendo was released in 1983,” Hayden says, “there was a rapid decline of the video arcade. Arcades were closing, the video sections of bowling alleys and skating rinks were no longer making money. Kids were playing the same kind of games at home on their Nintendo. The market was flooded with unwanted game machines. There was no demand for them. So people began buying them and warehousing them.”

He goes on: “When there was a resurgence of these vintage games, about 10 years ago, people began buying them and restoring them. What sets Up-Down apart is that we have the original machines and it costs a quarter to play them.”

Hayden says the Des Moines location has a customer base that’s 44 percent women, and tends to attract a clientele over 30 years old.