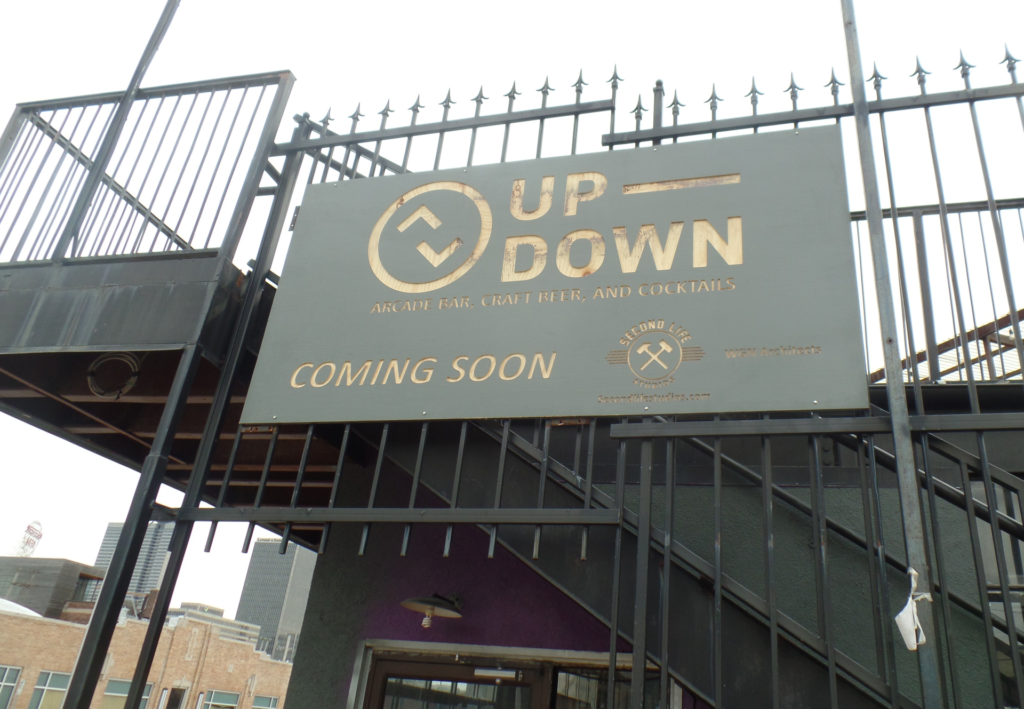 The color purple is almost gone. The vibrant shade of violet paint that had covered the two-story Crossroads building at 101 Southwest Boulevard during its five-year tenure as Hamburger Mary’s is pretty much covered with a first coat of charcoal-gray paint. It’s the most obvious sign that the flamboyant nightclub and restaurant has left the building (and reopened in the Uptown Theater building, at 37th Street and Broadway) and a new tenant is on its way.

As The Pitch reported last November, three young entrepreneurs from Des Moines — Josh Ivey, Sam Summers and Rafe Mateer — leased the building and are renovating the space for the first Kansas City location of Up-Down, their bar and arcade concept featuring vintage video games from the 1980s and ’90s. The trio also own an Up-Down arcades in Des Moines.

The Kansas City Up-Down will be larger than the Iowa location. Josh Ivey says once the wall that formerly separated the bar and dining room in its previous incarnations is removed, the main room at Up-Down will be 3,300 square feet. 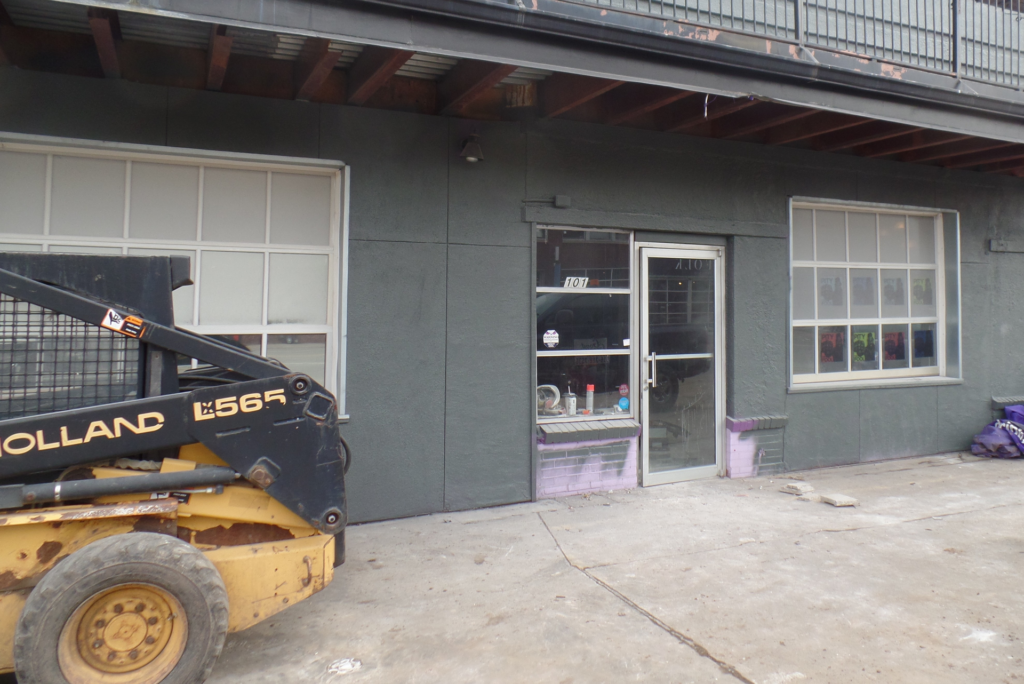 “When we started construction last week, we decided on many more changes than we originally had planned,” Ivey says. “That means removing a wall, completely moving the bathrooms to a different part of the building and redoing the plumbing throughout the building.”

Like the Iowa Up-Down arcade, the plan was not to offer food at the Kansas City barcade. But in order to get its liquor license, Ivey says, the venue will require a food component. Ivey and his partners have kept most of the Hamburger Mary’s kitchen and will offer a menu of quick-serve food options.

“We’re not labeling this a restaurant, however,” Ivey says. “We plan on serving simple but high-quality food. The challenge is offering the kind of fare that won’t take away from the vibe and atmosphere of our concept. We don’t want our patrons to be sitting at tables eating but to be interacting with the activities and games. We do think, though, that having food will add to the experience.”

The mix of booze, food and vintage video arcade games will be a potent combination for the Crossroads, says Ivey, noting that the 50 different beers on tap at the Kansas City venue will be more than twice the offerings in Des Moines. The arcade will also feature craft cocktails and, during the winter months, a see-through vinyl tent enclosing the upstairs patio with, possibly, a couple of skee-ball games. “That’s just one of the ideas we have in motion right now,” Ivey says.

“I’m sure the primary clientele will be young adults between the ages of 25 and 40 years old,” Ivey says. “But we host a lot of birthday parties in Des Moines where there will be a group of 24-year-olds at one table and a group of 60-somethings at another.”

Ivey says he’s unwilling to name an opening date for the arcade, but he has hopes for a late April or early May date for a possible grand opening.

“There are so many things you have to go through, and they all have to be done in a certain order,” Ivey says. “We don’t want to tie ourselves to an opening date yet.”

Kansas City-based Second Life Studios, an architectural and design firm, is working with the Up-Down partners on the interior design of the space. Ivey says much of the interior buildout has already started off-site, so it can be installed after the interior renovations are complete.