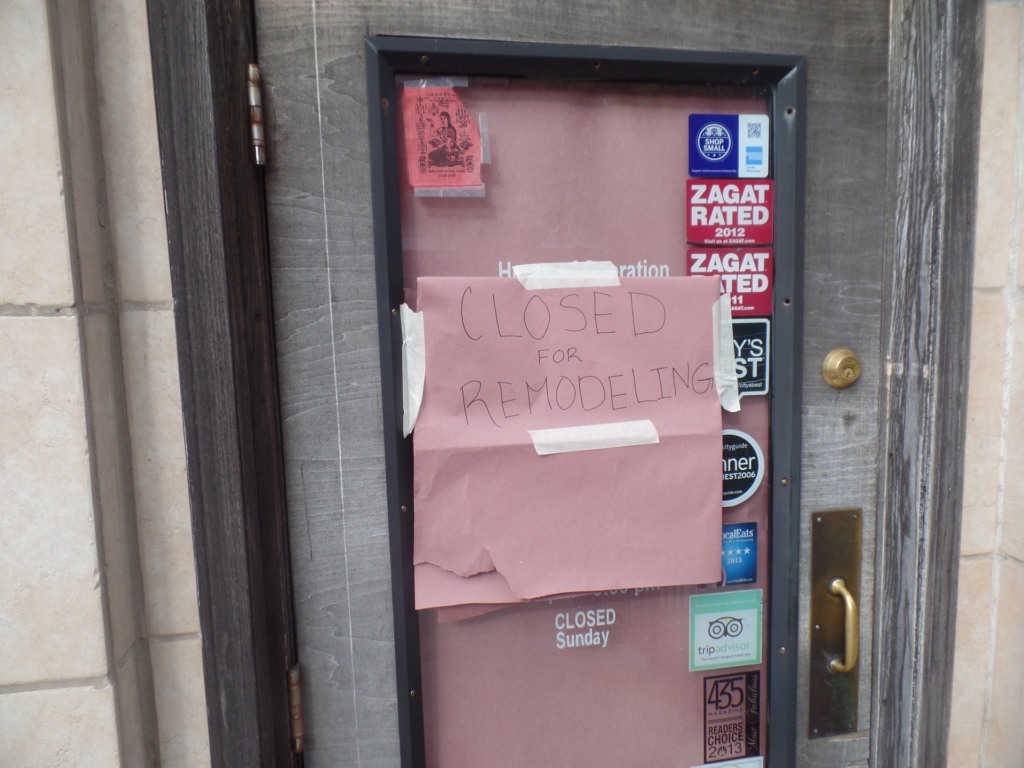 Update: Ted Liberda, co-owner of the Thai Place in Westport, tells The Pitch that he is planning to relocate the restaurant at 4130 Pennsylvania to a different location.

The sign taped to the front door of the Thai Place restaurant at 4130 Pennsylvania says, “Closed for Remodeling.” Increasingly, however, those three words have become restaurant code for “gone for good.”  Word is, that’s the case for this 20-year-old Westport mainstay.

Two restaurant owners in the immediate neighborhood tell The Pitch they don’t expect the venue to open again.

“Their staff was told on Friday night at the end of their shift that they were shutting down for good,” says one restaurateur who runs a nearby business. “I’m not sure why. It seemed busy all of the time.”