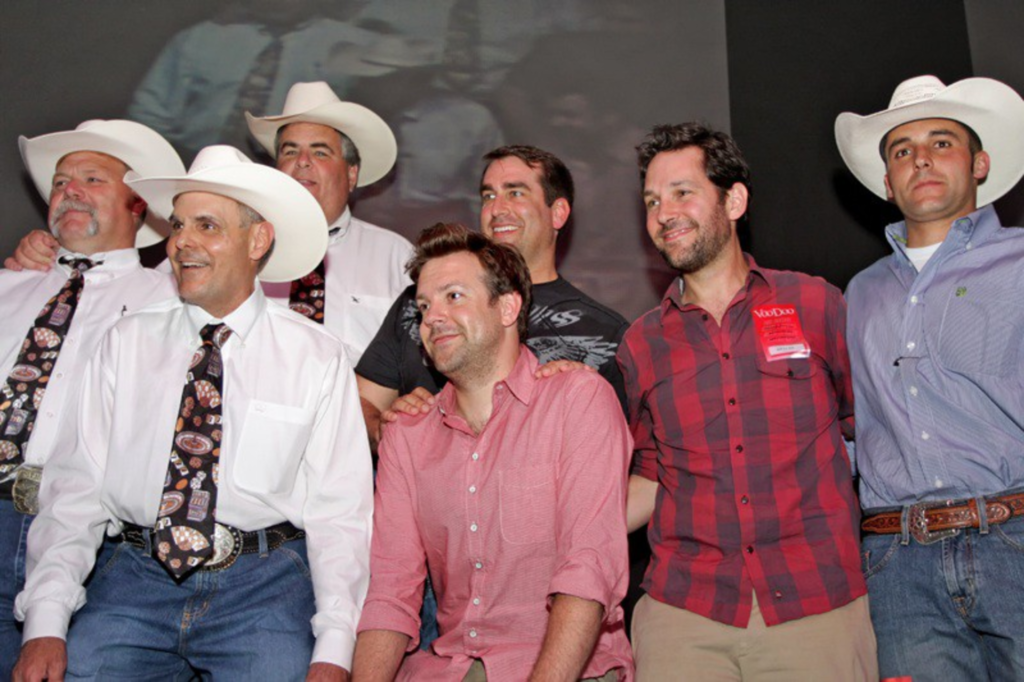 Let’s start off with two of the sexiest words we could ever type: Paul Rudd. Don’t deny the sexiness, we know you say the cover of People’s Sexiest Man Alive 2021. Marvel’s Ant-Man is planning a visit to the metro, and just wait until you hear what it’s for.

Starting in 2010, Riggle gave Rudd and Jason Sudeikis a ring. The three put their heads together and soon had one mission in mind, to raise money for Children’s Mercy Kansas City. Over the past 12 years, the Big Slick team has raised more than $13 million for the cause. Previous celeb alumni include Selena Gomez, Will Ferrell, and Johnny Knoxville, accompanied by a stacked A-list roster.

The softball game at Kauffman on June 24 will start at 5 p.m. The celebrity soft-toss acts as preliminary entertainment to the Royals game against Oakland Athletics. Access to the softball game is included with purchasing a game ticket for the Royals matchup.

The Big Slick Party & Show takes place the following day, June 25 at 8 p.m. Standard lower-level tickets are going for $75, while upgraded seats with drink inclusions start at $250. Tickets for the shindig are on sale now.