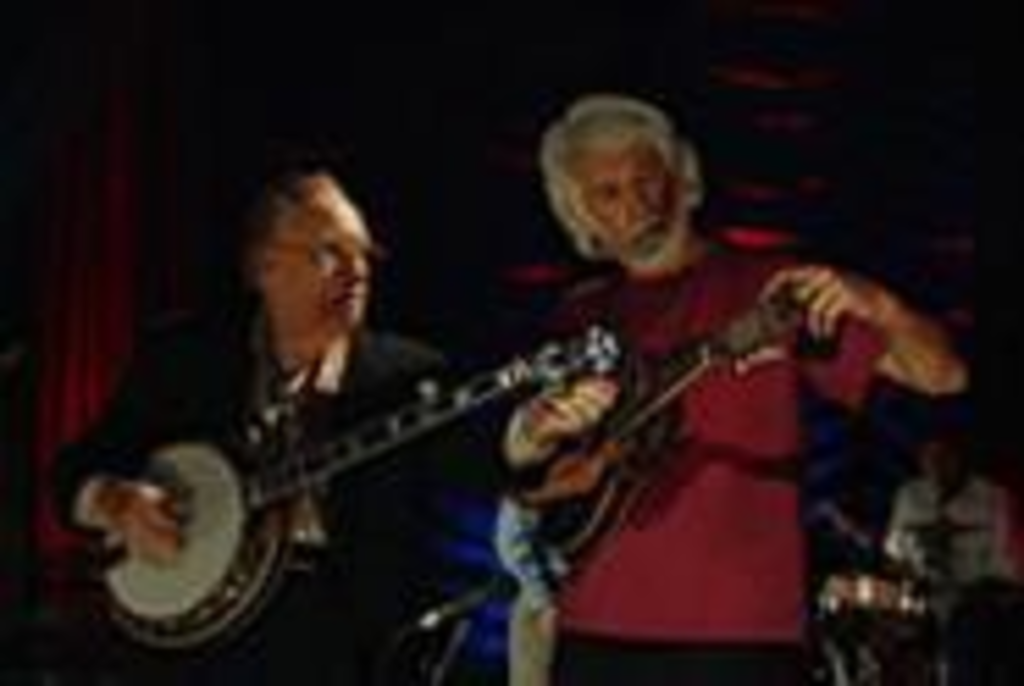 McEuen remembers that Scruggs turned to him and joked, “John, it looks like we’re a couple of big losers.” Three barely hatched string-pickers had beaten the white-haired legends at their own game.

Such is the aftermath of the O Brother, Where Art Thou? explosion. It’s a world where mainstream younguns inject banjo Botox into the forehead of a weathered genre. In 2000, the O Brother soundtrack introduced American roots music to a generation much the way the Dirt Band’s classic Will the Circle Be Unbroken had almost thirty years earlier. Onetime rock snobs raced to pick up dobros and mandolins quicker than a long-tailed cat in a room full of rocking chairs.

“I’m just glad that more people are into acoustic music,” says McEuen, who performs with the Dirt Band this week at the Carlsen Center.

But not everyone digs what’s happened to the bluegrass fanbase. The staunchest members of the old guard view most fiddlin’ whippersnappers as posers. (“The majority of people that jumped on the bluegrass bandwagon after O Brother don’t have a clue what real bluegrass sounds like,” writes one message-board meanie.) And ultraradical hipsters approach the sound with snotty ignorance. (The UK magazine Time Out called the Boggs, who are from Brooklyn, “proof that you don’t have to sport seven fingers on each foot or be fucking your sister sideways to play American folk.”)

Somewhere among the bluegrass, the new grass and the poo-poo-on-you-grass lie bands like Two-Dollar Shoe Revival Story, five college-age guys who have been strumming together on Lawrence front porches since 1999. Vocalist Adrian “Clamp” Erlinger, who plays guitar, mandolin and dobro, tends to be a purist; Two-Dollar’s trip to the Walnut Valley Festival in Winfield, Kansas, last year found him searching for traditionalists. “I had a hard time. I was trying to find the old people,” Erlinger says.

But the band’s mandolin player, Brad Maestas, says a few of the old folks can be tough customers. “They’re the first to give you crap about how old you are or what version you play of a song,” he says. (Folks who are quick to pick up the Pitch this week — and are reading this the day before our official street date — can catch Two-Dollar Shoe at Abe & Jake’s Landing on March 12.)

The Dirt Band isn’t worried about musical boundaries, trends and labels. McEuen says the band’s concerts answer a need felt by many people, regardless of what music circles they claim. “It’s not just bluegrass. It’s acoustic music,” he says. “People now want to feel like a song is being sung directly to them.”