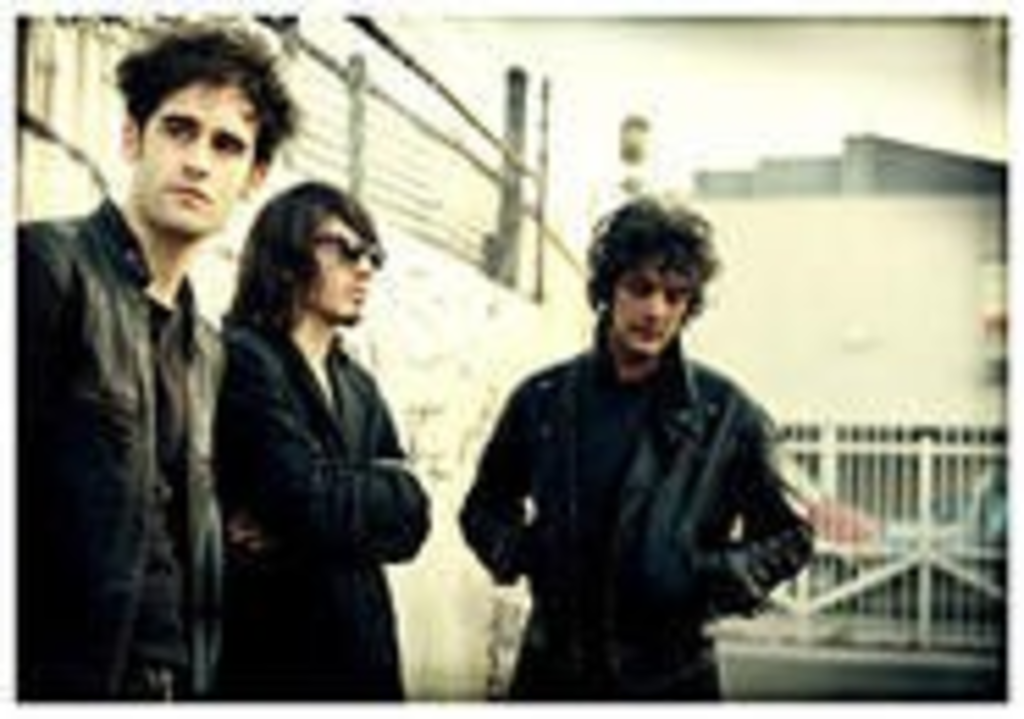 I took out a loan on my empty heart, babe/I took out a loan for my patient soul. Not the most celebratory opening lines from a fairly successful band. But that’s the setup of “Took Out a Loan,” from Black Rebel Motorcycle Club‘s latest opaque opus, Baby 81.

In between the trio’s well-worn, deceitful gal-pal ruminations are inverted business phraseologies (“Lien On Your Dreams”) and battle plans (“Weapon of Choice”) with lyrics of continuing letdowns. By the end of Baby, one gets the sense that this trio is still frustrated with being misunderstood as a bunch of also-rans.

Guitarist and singer Peter Hayes hesitates to identify the seed of the lolling lyrical spite. “I’m not sure where they [the lyrics] come from,” he tells the Pitch. “It’s more about looking for who’s listening and who cares to express it in some way.”

Black-clad cads with doomy sounds and biz connections (bassist-singer Robert Levon Been’s dad is the Call’s Michael Been) are still easy targets, though. And the members of BRMC have taken their hits in the past, especially around the release of their 2001 self-titled debut, which arrived just after the Strokes-induced signing frenzy, when anything remotely garage-greased was lumped together.

But BRMC formed within a Cali psych-pop scene in 1998 — putting it ahead of the curve of Jesus and Mary Chain-inspired shoegazer bands blasting away today (Black Angels, Darker My Love, Black Mountain). And 2005’s rootsy Howl gained the band some crit cred, though the hipsters seemed to have moved on.

Despite Baby‘s occasionally bitter lyrics, however, the music is the band’s most stimulating yet. The upped amps and rowdier rhythms may at first feel like a return to the band’s earlier squall of sound, but Hayes laughs and says, “That’s a catchphrase that’s come up — ‘a return.’ But this album was drawing from Howl a lot, actually. It’s just plugging the guitar back in. But instead of attacking you the whole time, we’re trying to find some more to it.”

The “more” comes in with the Nirvana-nudged “Cold Wind” and the John Lennon la-las of “Window” and “Not What You Wanted.” But overall, the album retains Howl‘s stripped-down production — louder guitars, yes, but not the layered distortion of the first two records.

Indeed, Baby 81 contains a mood of rattled but enduring confidence. The group even digs from its archives the tender, acoustic “Am I Only.”

“That’s one I wrote when I was 17,” Hayes says. “I always shied away from it because I didn’t like how it rhymed. But it’s a good song, you know, and I guess I shouldn’t worry about that too much. There’s nothing wrong with being 17 and writing a song like that.” The album “is like a definite closure,” he says. “We’re about done introducing ourselves to people.”