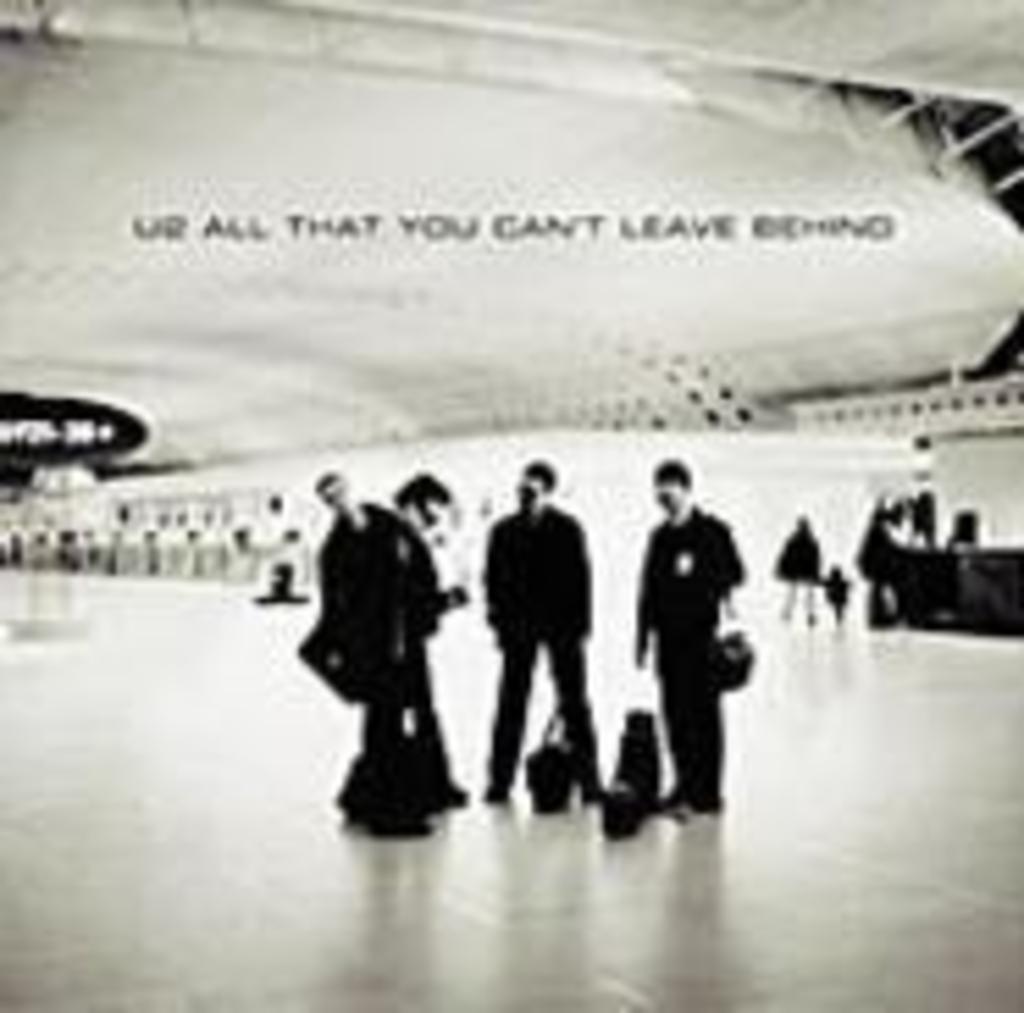 Post-Napster, post-Amazon.com, post-listening station, does anyone remember the little jolt that accompanied picking up a new release, turning it over, looking at the list of song titles, and wondering what each sounded like? Not that there’s anything wrong with instant gratification, but these tools have moved well beyond caveat emptor usefulness when it comes to buying music. So thank heaven for U2. Whether the particular album is good (Achtung Baby) or bad (Rattle and Hum), it has always taken only a glance at the song titles to determine the feel of each.

Which is probably why critics have fallen over themselves praising All That You Can’t Leave Behind, a refreshing return to predictability after the stymied expectations of 1997’s Pop. (That shouldn’t be construed as a compliment; Pop might have tried hard to confound the image U2 labored to perfect, but it still sucked.) Before the first song (and single) “Beautiful Day” began its run at the charts, before it was leaked to Web sites — in fact, as soon as its title was whispered — you knew exactly how it would sound: crisp, soaring, immediate. Sounds good, doesn’t it? But even with the gently lapping guitar, percolating tom-toms, and quadroBono vocal mix of U2 in life-affirming, Daniel Lanois-production mode, the song lacks a memorable hook; it’s a sermon in search of a ministry.

Whether you merely tolerate or embrace the rest of Behind depends on your enthusiasm for the other 10 song titles, because the cuts themselves similarly adhere to what their names suggest. For instance, “Stuck in a Moment You Can’t Get Out Of,” even with synth work from coproducer Brian Eno, would have been a great title for a song from David Bowie and Eno’s German trilogy, all existential peril and foreboding, but U2 settles instead for the faux-gospel groove the band has been digging aimlessly for 12 years. “Wild Honey” is the band’s shot at sounding like a Keith Richards Exile on Main Street throwaway. “New York” is a naifish travelogue of the five boroughs in which Larry Mullen almost succeeds in pounding the stupidity out of Bono’s lyrics. “Elevation” is the other soaring rocker, “Peace on Earth” the spiritual plaint. Each is pleasant and professional, even soulful at times, without redefining — or, in fact, returning to the career highs of — U2.

“Grace” sounds like any of the album-closing sunsets in U2’s ’80s catalog. The song’s mature restraint — the band finally allows quietude without drop-kicking it for bombast in a way it hasn’t since Achtung‘s “Trying to Throw Your Arms Around the World” — is betrayed by Bono’s inept conclusion: “Grace makes beauty out of ugly things.” Maybe grace does, but U2 has forgotten how to make much of anything except a U2 record.

U2 has never released an ugly album, and it’s possible that in time, Pop and Zooropa, its least-pretty discs, will qualify for underrated status. The signal virtue of Behind is the way it eschews experimentation in favor of the band’s previous three-chords-and-the-truth business model. That the chords aren’t very compelling and Bono is at best an unreliable narrator are almost obscured by the simple pleasure in being reassured rather than challenged by a big-name rock band.