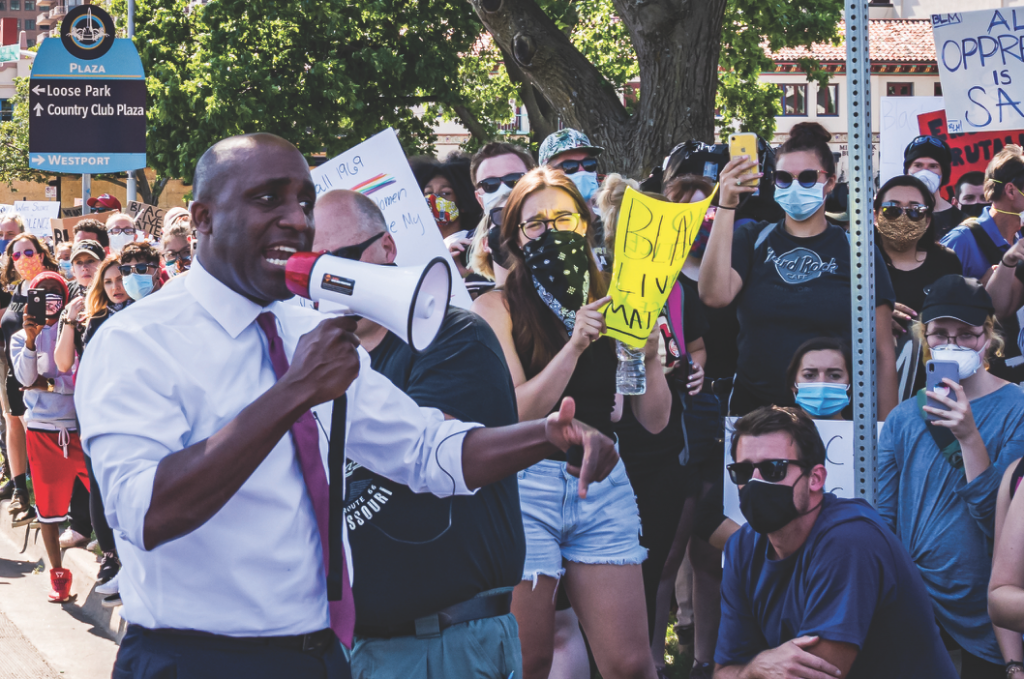 Today the Trump administration announced a plan to send federal investigators to Kansas City to battle recent spikes in violence. This announcement comes as a surprise to Kansas Citians who thought that the city was moving in a very different direction regarding its police force and the community’s oversight of said systems.

FBI, DEA, ATF, and the U.S Marshals will all be descending into KC.

“Operation Legend” is named for LeGend Taliferro, a 4 year-old from KC who was shot in his bed. No official terms of engagement have been announced; concerning especially considering that we are in a period of demanding that the federal government stop acting like American cities are ripe for occupation. Though the White House language makes this sound as aggressive as possible, projecting the idea to something akin to Marshall Law occurring in KC, this is most likely just a shift in government agent assignments. The lack of details around this does not help.

Lucas seems to have been caught completely off-guard by the announcement, despite having asked Governor Parson last week via letter for some form of federal aid. It seems as if the Mayor’s request was answered, without his consultation or involvement.

It is very Peak Trump to just announce via Twitter that they are enforcing some kind of legal enforcement over a city, without the input of the city. Trump has threatened to send the military in to occupy Chicago since before he was elected.

“I learned on Twitter this afternoon that the Department of Justice plans to send federal investigators to Kansas City as support for unsolved homicide and non-fatal shooting investigations. As I understand the Department’s plan, any outside help will not be used for regular policing or patrol activities—and solely to clear unsolved murders and shootings.

“I also understand the United States Attorney in Kansas City has been in contact with the family of LeGend Taliferro who support the investigation effort to help find the murderer of four-year-old LeGend and many other victims tragically killed this year in Kansas City.

“I plan and hope to learn more about this effort over the days ahead. The investigative support effort announced this afternoon can be only one tool out of many, such as mental health treatment and restorative justice, in addressing violent crime.

“As I said in my letter sent last week to Governor Parson that was cited by the White House this afternoon, ‘[W]e will continue to pursue a broad set of social services and other tools to address violent crime now and in the future.’ As mayor, I remain committed to working on all solutions to making our city safer and finding peace for all those impacted by violent crime.”

Not sure why Lucas is suddenly on board with a program of policing that he wasn’t consulted on, or why he would be this politically nonchalant about federal agents becoming a new police force within our community. Lucas participated in Black Lives Matter protests and promised police reorganization in reaction to the recent protests.

We will continue covering these events as they unfold.