Coming in early March as it does, the annual True/False Film Festival (in Columbia, Missouri) acts as a cure for the disappointment and occasional lunacy of the Academy Awards while giving an early taste of what might populate next year’s Oscar ballot. The documentary-heavy event books filmmakers to introduce their own movies, many of which — last year’s Life, Animated comes to mind — play True/False before they begin to earn major accolades elsewhere.

This year’s True/False lineup features a remarkable array of films that don’t necessarily hew to the documentary label. The subject matter, tone and even running times of a number of them are so different that the term nonfiction film seems inadequate. Among the movies I plan to hit are the ones listed here, though of course I expect my head to be turned by a number of other titles once things get under way tonight. 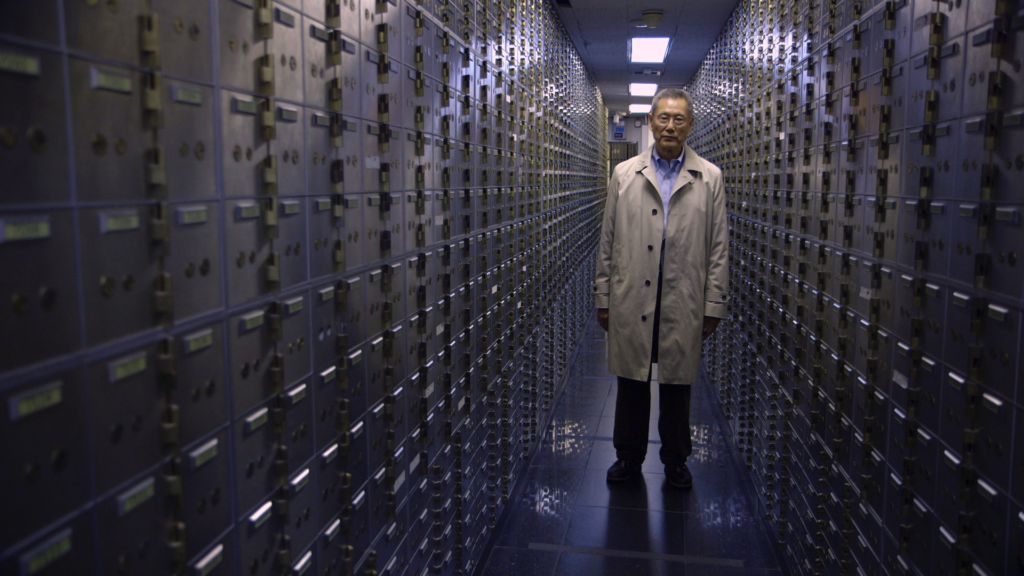 Steve James (Hoop Dreams) examines why the small, family-run Abacus Federal Savings, which catered primarily to New York’s Chinatown, is the only bank to have been indicted in the wake of the 2008 financial crisis. While there were illegal transactions at Abacus, executives from the Sung family exposed the fraud their subordinates committed, while Goldman Sachs and other Wall Street films received bailouts instead of rebuke. James follows the Sungs through the five-year legal battle and includes their perspective as well as that of New York City District Attorney Cyrus Vance Jr., who prosecuted them. The case dragged out in part because some of the Sungs had law degrees and weren’t willing to settle out of court. James himself comes to Columbia to present the film. 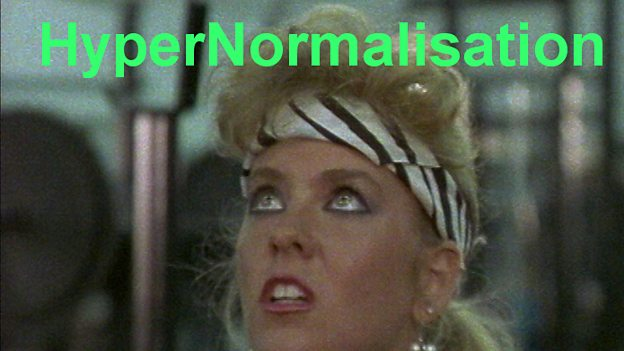 British blogger and filmmaker Adam Curtis has found connections between seemingly unrelated events that point to troubling conclusions. His Century of the Self, for example, showed how Sigmund Freud’s nephew Edward Bernays used the principles his uncle discovered to sell the public things they didn’t want or need. With his new, three-hour Hypernormalisation, Curtis demonstrates how Jane Fonda’s workout, Steve Jobs’ transformation from an acid tripper to a tech titan and our Western emphasis on inner focus have led to the rise of fake news. If this sounds like something you might hear from a barroom philosopher after about 10 tequilas, Curtis has a knack for backing up his assertions and in presenting them in quirky, engrossing ways. In case his way of weaving disparate strands of culture seems a tad baffling, Curtis will be Skyping in to take audience questions. 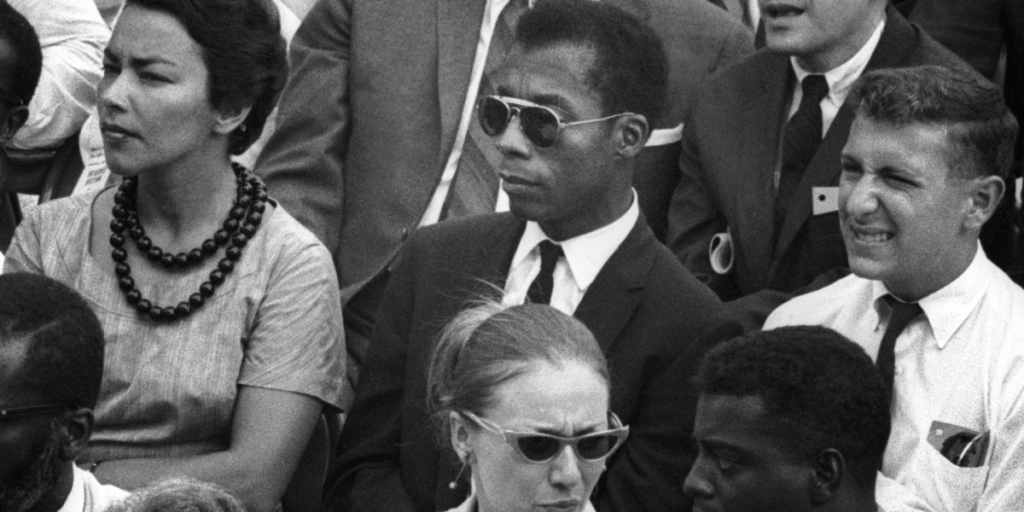 I Am Not Your Negro

Novelist James Baldwin (Go Tell It on the Mountain, Giovanni’s Room) may have died in 1987, but hearing his social criticism in this Oscar-nominated documentary makes it easy to wonder if he had a crystal ball showing him how race and sexual relations would be three decades later. Haitian-born director Raoul Peck builds I Am Not Your Negro from an unfinished, 30-page manuscript that Baldwin wrote about civil rights pioneers Malcom X, Medgar Evers and Dr. Martin Luther King Jr. Baldwin knew all three men and saw them as human beings instead of the icons they became; he was therefore able to criticize their effectiveness candidly. In archival clips, Baldwin is astute in explaining why racial reconciliation has not come easily, and his writing further benefits from narrator Samuel L. Jackson’s sonorous baritone. Producer Hébert Peck, Raoul Peck’s brother, will be on hand for the Q&A. 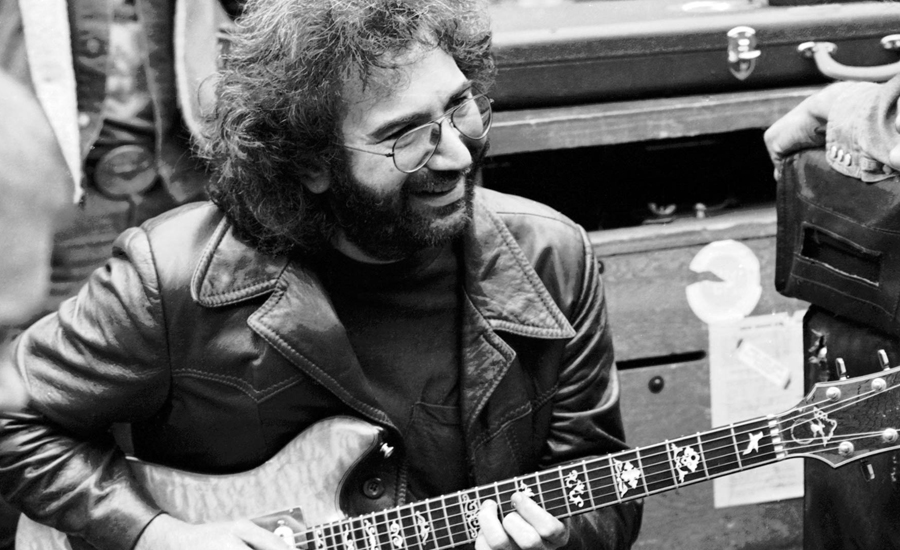 The Grateful Dead had such a long, influential and turbulent career that a typical Behind the Music-style film wouldn’t do it justice. Director Amir Bar-Lev found intriguing nuances on the death of Pat Tillman in The Tillman Story and presented a more clear-headed perspective on Penn State coach Joe Paterno’s legacy in Happy Valley. So he might be the only filmmaker who can capture the ironies of the Dead, a band at once considered the king of psychedelia and a beachhead for bluegrass’s resurgence. The Dead wasn’t known for hit singles, but no one can say it wasn’t a master of merchandising and fan engagement. Long Strange Trip comes with live recordings and previously unavailable audio and video footage of the band. Bar-Lev isn’t dealing with a one-hit wonder, so the film runs a little over four hours. The director will be around to talk to the audience members who stick around. 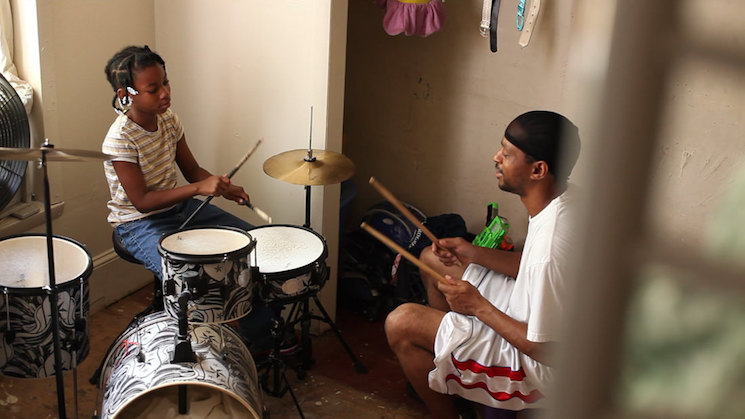 Freshman director Jonathan Olshefski follows Christopher “Quest” Rainey and Christine’a “Ma Quest,” who run a basement recording studio in Philadelphia. Quest captured the couple over 10 years and charts the growth of their daughter PJ Rainey as she grows up. The story is framed between the last two presidential elections, and Ohshefski and all three Raineys will be in town for the screenings.