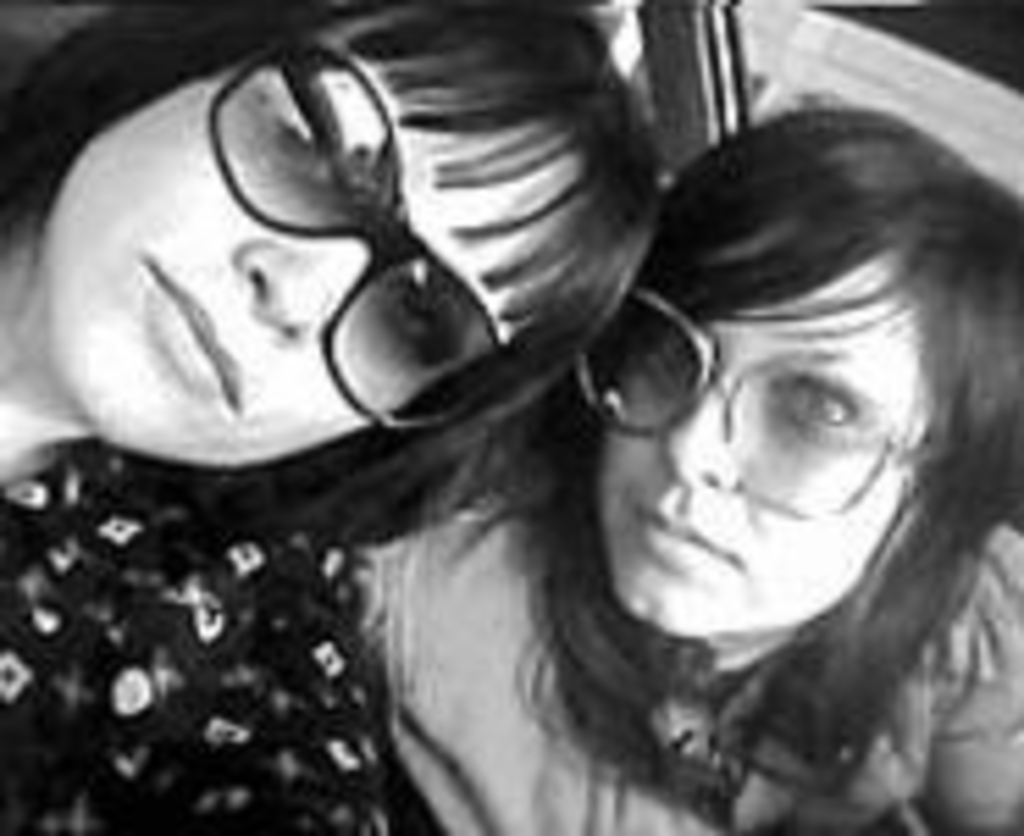 Trouble Sisters, the flier reads. Spinning rock records for your asses. Do our asses want rock? Our asses want nothing more in all the world.

Wednesday nights at the Point, while sporty types watch televised athletics upstairs, Venus Starr and Jessie Mathews take over a dim corner of the basement, playing rock classic and current, metal and punk. The ladies take turns behind the tables doing exactly what the fliers promise. While one spins records, the other stands by the table singing along, tapping a stylishly disheveled pigtail, smoking a cigarette, nursing a PBR. One wears a black Billy Joel T-shirt, and the other wears a black Ramones T-shirt that’s been altered with scissors and left unhemmed. Both look like figures from a tattoo artist’s dream. Starr’s arm says rebel.

Their description is so accurate, it’s almost frightening. The furniture in the basement is very here’s-what-we-had-left-over-after-decorating-the-rest-of-the-house: a few leather couches, one lone coffee table. There’s a mantel piece, in this case used to hold beer bottles for the DJs. Two chairs have been pushed together to hold a large speaker.

But what really gives this event that preteen feel, other than the fact that it takes place in a basement, is that the people upstairs don’t seem to understand what’s going on.

A few of them peek in before turning around and leaving just as quickly. Some stagger in and ask questions. For example: “Is this the dance floor?” Out of curiosity, they stand back and watch both the women and the small crowd that’s gathered, almost like uncomfortable chaperones.

This is totally awesome. It revives a sense that listening to rock and roll is rebellious, not just the thing you do when you go out or while you’re getting ready for work.

P.S.: The beer’s so cheap that it’s almost as good as sneaking it out of your parents’ fridge.