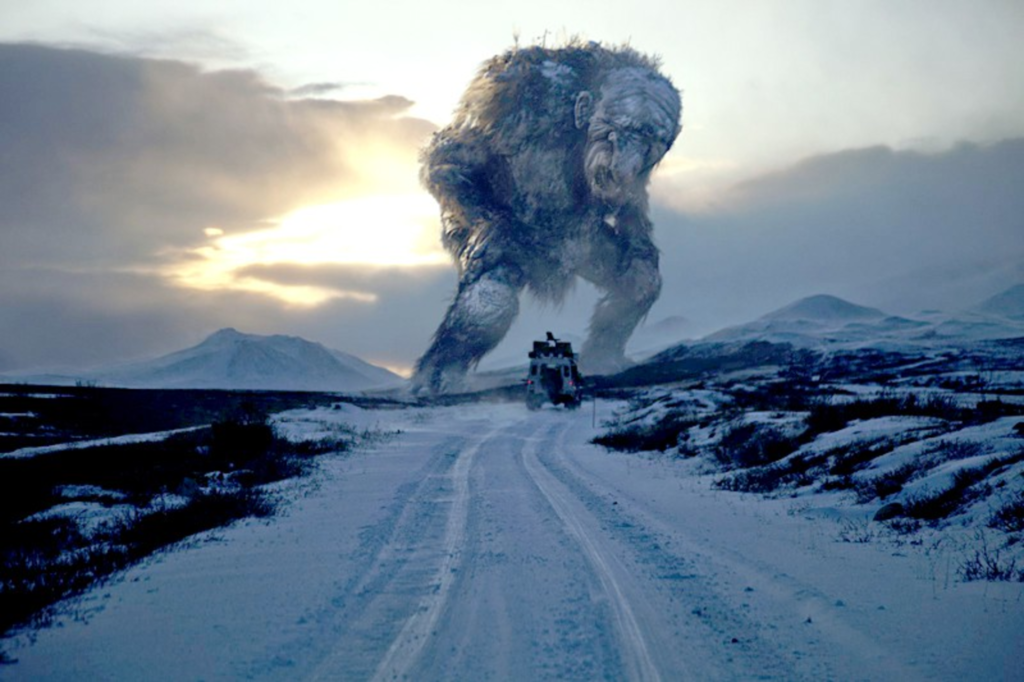 Hunting trolls is dreary work, but someone has to do it. Left unchecked, the creatures would trample the Norwegian countryside, knocking over power lines and eating Christians. If a troll broke out of its woodland habitat, ready to behave like the big, dumb, not really malicious animal that it is, it would only be a matter of time before some young Mormon girl got digested. And then where would the country be?

The matter-of-fact tone is the strength of Troll Hunter, an uneven mockumentary about Norway’s hidden campaign to control its troll population. The film starts perilously close to cliché, with the suggestion that what we’re seeing is found footage shot by a missing film crew made up of young, attractive people. They have set off to shoot a documentary about bear poachers, but along the way they meet Hans, the title character.

Otto Jespersen plays Hans as just another government worker who knows that he’s performing a necessary but unglamorous function. Perhaps if these curious kids tagged along, their footage would reach the public and force the bureaucrats above him to change a few things.

Troll Hunter works at first because it treats the monsters, and Hans’ work, like something you’d see on Animal Planet’s Shark Week. Did you know, for instance, that trolls can smell the blood of Christians? When atheists in the movie learn this, though, the revelation, which could have led to a sly theological joke, goes nowhere. And that’s before a government conspiracy plotline emerges.

The results are frustrating. After spending time devising this world and establishing its rules, the makers of Troll Hunter seem to have lacked faith in their premise.
