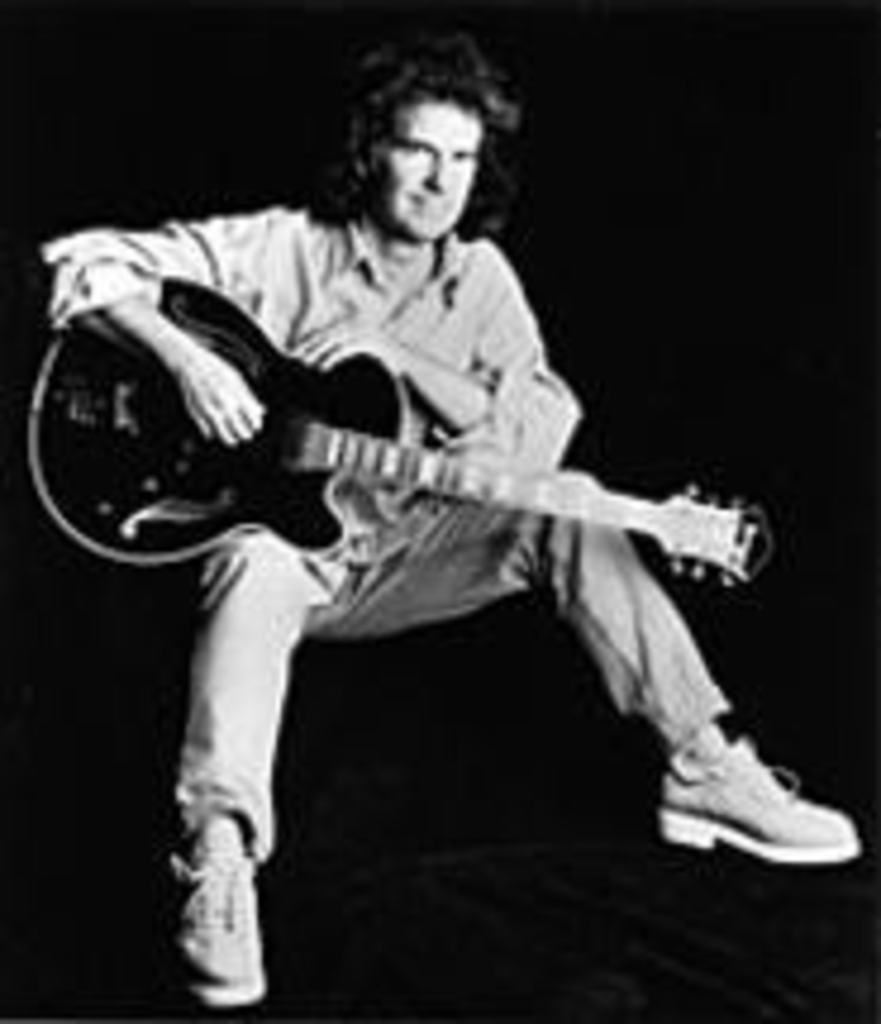 Stylistic definitions in music are typically more concrete in their exceptions than in their rules. Attempts to characterize a genre, especially one as diverse and colorful as jazz, are usually met with an endless stream of addendums or derision. Taking this semantic argument a step further, guitar pioneer Pat Metheny is hesitant to go too far in classifying his own instrument.

“When you say guitar, that could mean anything from a classical guitarist playing completely unamplified to Korn playing with fifteen stacks of Marshalls per guy,” muses Metheny, enjoying a monthlong respite between a recent tour through Asia and his upcoming run of U.S. dates. “One of the things I love about the instrument is that nobody knows quite what it means. It can be almost anything.”

That opportunity to explore has proven to be the perfect counterpart to Metheny’s equally infinite sense of curiosity. From his watershed 1976 debut, Bright Size Life, to his latest release, Speaking of Now, the Kansas City-born fusion guitarist has played a crucial role in shaping the sound of modern jazz.

“People often group together Bill Frisell, John Scofield and me,” Metheny says. “The three of us, in our own different ways, try to expand what the instrument can mean in a jazz setting by exploring the variety of what it can offer in terms of sound, dynamics and texture. That was somewhat unexplored in jazz 25 years ago.”

Beyond dedicating himself to the challenges that his instrument poses, Metheny also acknowledges the creative responsibilities of fronting his own band for so long. Since the formation of the Pat Metheny Group, he has had the benefit of being able to explore his musical vision with a single collaborative partner, keyboardist Lyle Mays. Present since the band’s inception, Mays has proven to be an irreplaceable sounding board and an invaluable component of Metheny’s compositional craft.

“When it’s time to make a record, I’ll spend a couple of months generating a bunch of stuff that seems to be worth paring down into a general theme to explore,” Metheny says. “Once I’ve gotten to the point where I have maybe forty or fifty little snippets of things — a whole tune or an idea or a groove — I’ll call Lyle and say, ‘Look, it seems like it’s going like this.’ We have a great rapport that allows us to sift through that stuff and find what’s worth pursuing.”

Speaking of Now also features first-time PMG players such as drummer Antonio Sanchez, percussionist/vocalist Richard Bona and trumpeter/vocalist Cuong Vu. Metheny says the prospect of writing for the new members was both exciting and daunting.

“It was a stimulating situation to know we’d be able to have Richard sing a line with that incredible voice, to know that we have Antonio, who is this virtuoso drummer, and that we’d have another soloist to write for like Cuong, but we needed to teach those guys our dialect, which is very weird,” Metheny says. “You have to spend some time figuring out the kinds of grooves we play and particularly the kinds of harmonic territories that we deal with, so we wanted to devise a music that would get those guys integrated into our world.”

Although Vu’s and Bona’s contributions to Speaking of Now are readily felt in the nine-track album’s unique flavor, the most drastic shift in the lineup — as it would be for any jazz group — is the succession of Sanchez as the band’s latest drummer. Yet the transition seems to have been a remarkably smooth one.

“I honestly never thought a musician like him would ever be born,” Metheny says with a laugh. “He’s like a dream. Antonio’s capacity to understand the details on an orchestrational level and also just on an energy level is something we’ve never before experienced. It’s always required lots of coaching, discussion and rationalization to get the results we wanted, but Antonio would just come in, and the second or third time he’d play it, it’d be like ‘That’s exactly what it should sound like!’ He’s one of those guys you just can’t wait to get on the bandstand with each night.”

Spending up to two-thirds of his year on the road, Metheny knows something about climbing the bandstand night after night, which has also been an important aspect of his success. But he refuses to subscribe to the popular notion that touring is a chore.

“There’s kind of a mythology that surrounds going on the road that has always been slightly mysterious to me, that it’s this torturous, horrible thing that requires all of this maintenance in order to make it survivable,” Metheny says. “If you need any recharging on a daily basis, it comes freely and with a lot of enthusiasm from an audience. It doesn’t require this kind of constant reinvention that the mythology seems to suggest.”

Although little has changed for Metheny in terms of his approach to life on the road, he has noticed a shift in the makeup of his audiences, which have received a surprising shot of youth in recent years. Once the exclusive domain of a small but aging core of dedicated aficionados, contemporary jazz has found a renewed sense of interest coming from unlikely sources.

“Ever since the guitar player in Phish said I was his favorite guitar player, we started to see younger kids coming to gigs,” Metheny says. “They didn’t know that much about our thing, but the openness they brought to the gigs was really great. People that are attracted to longer-form music are looking to discover the larger potential of what music offers us in a transcendent way. That seems to be the thing that jazz, classical and extended-form music excel in that isn’t found in other music. It’s that sort of trip factor.”

The intoxication of that trip factor continues to drive Metheny as he leaves a wide wake of critically acclaimed releases, earning the PMG a Grammy for each of its past seven releases. The accolades, however, don’t fuel Metheny’s fire.

“More than anything, it’s all fun for me,” Metheny says. “I love the process of writing music and putting these things together. My own curiosity about music continues to be dominant more than any external pressure or interest. All of the endless, unanswered questions that emerge through a year of touring or through a general pursuit of music are always on the front burner. It’s just a matter of finding the time and the platform to follow through on those suggestions that emerge over the course of your life as a musician. That’s really what it’s all about.”