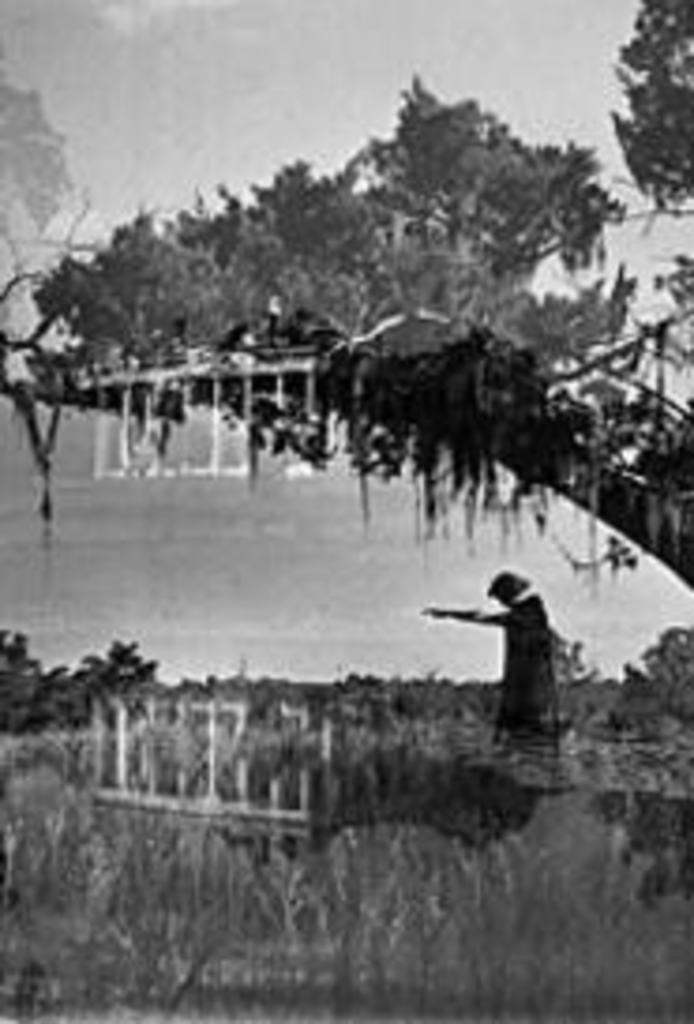 In the rush to document the cuteness of your friend’s newborn baby, you begin taking pictures over a previously exposed roll of film. Two weeks and a trip to the Fotomat later, your mistake reveals itself with a stack of half-dog, half-baby photos. Upon contemplating this eerie composite, you recall that, prior to the infant snapshot session, you were equally taken with another friend’s new puppy.

Disturbing as they may be, the images found in the double-exposed roll are still pretty cool, kind of like the works found in The Disembodied Spirit, an exhibit at the Kemper Museum of Contemporary Art (4420 Warwick Boulevard, 816-753-5784). The show displays examples of ethereal photo manipulations with more than seventy photographs employing long exposures, superimposed images, digital treatments and the ever-popular double-exposure.— Michael Vennard

Breeders are in the house.

According to Jason Beers, rumors that the Black Rabbits dress up like black rabbits are untrue. But when we look at the band’s Web site, what do we see? Members partially — if not entirely — dressed as rabbits. Their outfits are white, and they wear bunny masks with black boas and furry hats. Admittedly, they sport no floppy ears. So why are they called the Black Rabbits? Breeding. You know the phrase fucking like bunnies. Well, these musicians are all having babies, and it’s mildly freaking them out. Through their tight, ’60s-sounding pop music, however, they hope to represent what’s honest about getting old and loving the evening news. If you listened to Cher UK, you will recognize these musicians, and you will want to help them raise money to get to the South by Southwest festival. Check them out for $2 at the Replay Lounge (946 Massachusetts Street in Lawrence, 785-749-7676) Sunday night.— Gina Kaufmann

In the spirit of Friday the 13th, Beach Blanket Bingo and, perhaps, Manson: The Musical, Late Night Theatre (1531 Grand Avenue) presents an original rock(abilly) opera titled Killings at Kamp Tittekaka. Set in 1958, this campsploitation extravaganza follows six unsuspecting pubescent boys into the dense forest of adolescence, where they die brutally at the hands of a deranged serial killer while singing. Like all good schlock, it promises gore and gratuitous nudity. If performers can be convinced to add a bloody kick line, it may qualify as perfect entertainment. Killings at Kamp Tittekaka opens March 12 and runs through April 1. Call 816-235-6222 for tickets, or see www.latenighttheatre.com.— Kelly Sue DeConnick