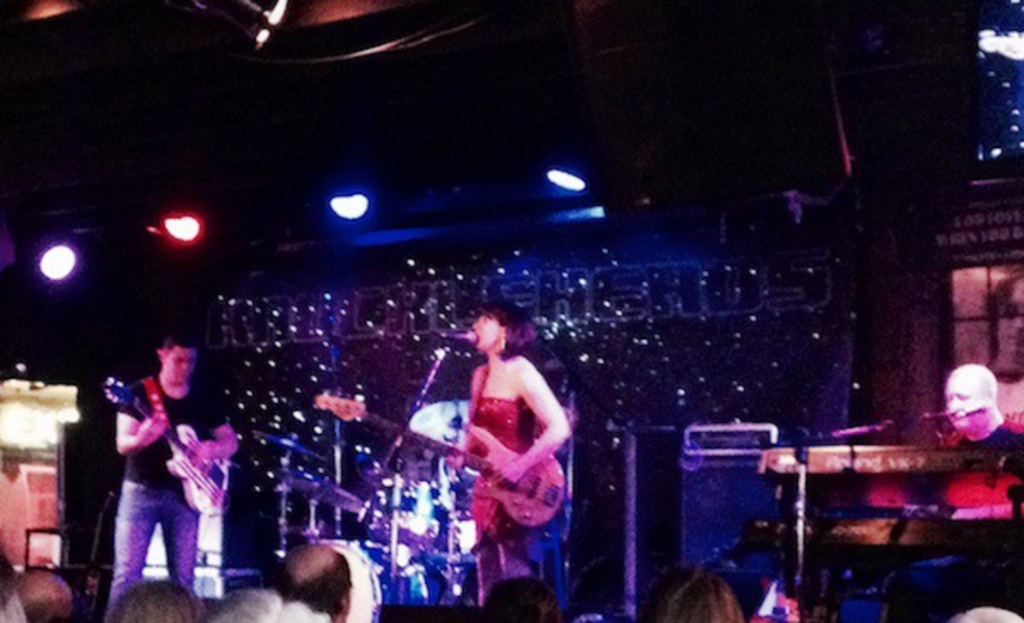 See also: Trampled Under Foot on the new band lineup and playing with passion

A blues love fest took over the grounds of Knuckleheads last night. The Ben Miller Band from Joplin opened the evening with offbeat ramblings of trouble and lost love, and it was genuinely entertaining. The trio signed off and welcomed Kansas City’s own Trampled to the stage with deep, Midwestern charm.

Though drumming brother Kris has moved onto new musical pastures, siblings Danielle and Nick Schnebelen of TUF are definitely sounding up to par, probably due to the good company they’ve been keeping.

Jan Faircloth of Levee Town replaced Kris on drums, and Mike ‘Shinetop’ Sedovic, who’s not unfamiliar to TUF fans, is now on the keyboards for good. Let’s just say that though the family element may not be as strong, the blues and Americana roots have not wilted whatsoever.

Perhaps this reaction was really because of bassist and vocalist Danielle, who was sporting a tight, red getup and sparkly pumps. Shut your eyes and you would hardly be able to imagine it was her harping out such deep, soulful chords. Her mind seems as wretched as a broken window when she sings, yet her spirit and charm seem to counteract the image.

Throughout the set, Danielle sang and played guitar to a couple of solo ballads, including Led Zeppelin’s “Going to California” and Dylan’s “Don’t Think Twice It’s Alright.” Nick followed suit and played a couple of tunes, resonator guitar in-hand and kick drum pedal as a rhythmic guide. Nick also invited Ben and Doug from Ben Miller Band to play some favorites, including “Black Betty.” Danielle rejoined shortly after, as well as Faircloth and Sedovic.

Their set was diverting and provided entertainment between songs due to the crowd of middle-aged parents and weekend rockers. Despite the unfamiliar audience, it was definitely a wise move to go on that lovable cherub’s big day. Perhaps Kansas City pride or a fondness for female-led bands, but Trampled Under Foot genuinely grasped barrelhouse flair with ease.

Leftovers: One disappointment: I was really looking forward to hearing TUF’s rendition of “It’s a Man’s Man’s Man’s World,” but they encored without it. On another note, I was genuinely impressed with what the Ben Miller Band provided me with. Perhaps it was the one-stringed washtub bass that Scott Leeper fluidly hit, or maybe the trio’s native Ozarks spirit that resonated throughout. Regardless, top it off with the hilariously detailed percussion ensemble Doug Dicharry travels with and Ben Miller’s lyrics, and you’ve got yourself a three-man circus.