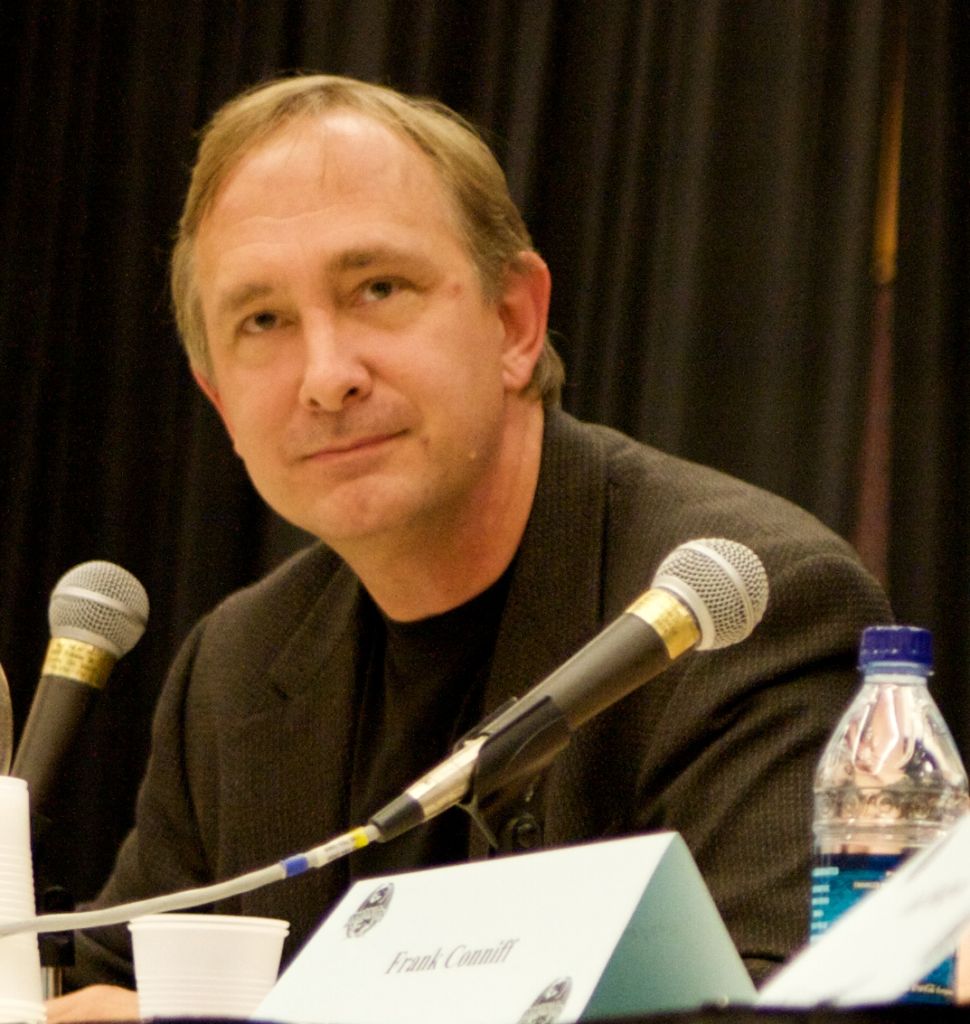 Since the late 1980s, Trace Beaulieu and Frank Conniff have been best known for torturing two reluctant astronauts and a pair of acerbic bots with bad movies. On Mystery Science Theater 3000, they played the mad scientists (or Mads) Dr. Clayton Forrester and TV’s Frank, who subjected series creator Joel Hodgson and, later, Michael J. Nelson to such turkeys as Manos: The Hands of Fate and Alien From L.A.

Kansas City fans can now experience for themselves what MST3K‘s Mads did to the unwilling passengers of the Satellite of Love when Beaulieu and Conniff take over the Alamo Drafthouse Mainstreet at 9 tonight and Saturday, April 8. Tickets are $20.

Even though both left MST3K before its 1999 cancellation, Beaulieu and Conniff have remained visible — and quotably sarcastic. Both joined Hodgson and other alumni for their six-year odyssey aboard Cinematic Titanic, and they teamed with him and Nelson last year for a Rifftrax MST3K reunion.

Beaulieu played a biology teacher on Paul Feig’s one-season TV classic, Freaks and Geeks, and could be heard with Hodgson on Feig’s Yahoo series Other Space. Conniff is on comic John Fugelsang’s daily SiriusXM Insight show, Tell Me Everything, and plays Moodsy the Clinically Depressed Owl on Cartoon Dump. The pair also host a podcast, Movie Sign With the Mads, with Carolina Hildago.

Contacted in the Twin Cities via Skype, Beaulieu is coy about what cinematic cheese awaits KC’s audiences but promises that he and Conniff are eager to share different atrocities each night. (Conniff, who’s now based in New York, couldn’t join.)

The Pitch: It would be nice if we could have had both Mads available, but it is an honor to have one.

Trace Beaulieu: I can be just as angry for two people.

Michael J. Nelson, the former MST3K host and head writer, once told me that you had to come up with about 700 wisecracks for a two-hour presentation.

How do you select your cinematic partners, like your recent favorite, More Dates for Kay?

The film we choose should have a story that you can follow. You need some kind of guide through the film, and it has to be coherent. There has to be a space in the dialogue for us to add our quips, and there should be enough light to see the actors. The sound should be good. It can’t just be a terrible movie. And also, we want to choose a movie that we have great affection for. There are some movies that are just awful, and they deserve scorn and hatred. But we don’t want to be that negative. What we’re also doing is celebrating film. In a good natured way, we’re kind of deconstructing them.

You two didn’t spend 20 years holed up in the Gizmonic Institute’s bunker Deep 13. For example, you wrote for America’s Funniest Home Videos for nearly a decade. Did writing those jokes for that show differ from MST3K?

Absolutely. America’s Funniest Home Videos was still mocking video, but it was broadcasting, so obscure references didn’t play. You had to play a pretty broad joke for it to be on network [TV]. Also, very clean. It was a very different writing experience.

Why have you two been able to come back to riffing movies after having left it?

It was just a very natural thing to go back to this, and, having done Cinematic Titanic on the road for about six years, I guess, Frank and I really missed working together and really missed working in this format. It’s very easy. Frank and I get along. We’re very compatible as far as our food requirements, and we’re looking for a city with a certain cuisine. I’ve heard the beef is very good there.

Burnt ends? It sounds like a horror movie, but maybe we should be doing it. Burnt ends?

Mr. Conniff once tweeted that the reason your shows have held up is that all of you have somewhat different political views, but all of you had to agree to the jokes in each episode.

Yeah. We tend not to get too political with our material. There’s one or two thrown in at any given time and administration. It’s always a good place to plum a joke, but a lot of people just want funny. They don’t want politics. They just want the funny stuff.

That said, you’ve made some subversive comments. In the agricultural short from the 1950s you mocked before I Accuse My Parents, you poked fun at how that promotional film sidestepped issues involving migrant labor in Texas.

Those shorts are so much fun to mock because of the attitudes they took, that Eisenhower-era, pro-America, everything is right. Maybe, we’re right back there again. The pomposity and authority that those shorts had as a point of view made it always fun to go against those things.

I’m still traumatized by More Dates for Kay from your segment from the MST3K reunion. That short told teen girls that the best way to win a guy’s heart is to lie about liking about what the dudes enjoy.

I don’t really understand the whole thing behind that film. It just seems so wrong by today’s standards. It was wrong then, too. But that film just does so much of the heavy lifting for us. It’s just wrong. It’s just so wonderfully wrong.

You keep secret what you’re about to inflict on us until showtime, is that correct?

I understand that Mr. Conniff is the one who discovered MST3K favorite Manos: The Hands of Fate.

Yeah. He opened up that cardboard box like [Howard] Carter opening up King Tut’s tomb and released the Manos curse on the world. To say he discovered it is like saying, “Hey, I discovered the Zika virus of movies.”

That’s similar to your description of This Island Earth as a “stinking cinematic suppository” in Mystery Science Theater 3000: The Movie.

That might have been overstating it a bit. That’s a beloved film, but it’s got some ridiculous elements to it.

Most people didn’t know that you were both mad scientist Dr. Clayton Forrester and his victim Crow T. Robot. How tough was it to switch the roles?

It really wasn’t that difficult. I was really lucky in that I got to play both roles, and it was really out of the beginnings when we didn’t have that many people to choose from.

Josh [now known as J. Elvis Weinstein, who played Dr. Laurence Erhardt and Tom Servo] and I were both puppeteers and the mad scientists, and no one said, “Oh, you can’t do that anymore.” So, I kept doing it. It was pretty easy. We had enough time between tapings that I could get out of one character and into another.

What do you think it was in the water in Hopkins, Minnesota, that inspired all of you?

Actually, the studios were in Eden Prairie, which is adjacent to Hopkins, but our mailing address was Hopkins. I grew up there, just a few miles from where we had our studios. We were fortunate enough to get the first year rent free because my brother’s company owned the building. It was just kind of serendipity that we wound up there. It was a fantastic place to grow up. I think it still is. It has some of the best schools.

We were from all over. Mary Jo [Pehl] is from Circle Pines, which is a suburb north of the [Twin] Cities. I think Kevin [Murphy] is from the Chicago area. Joel is from Wisconsin. Frank was the outlier. He was from Manhattan. But we were all saturated with Minnesota and Wisconsin values and lore. I don’t know what there is in the water. There’s a lot of it here.