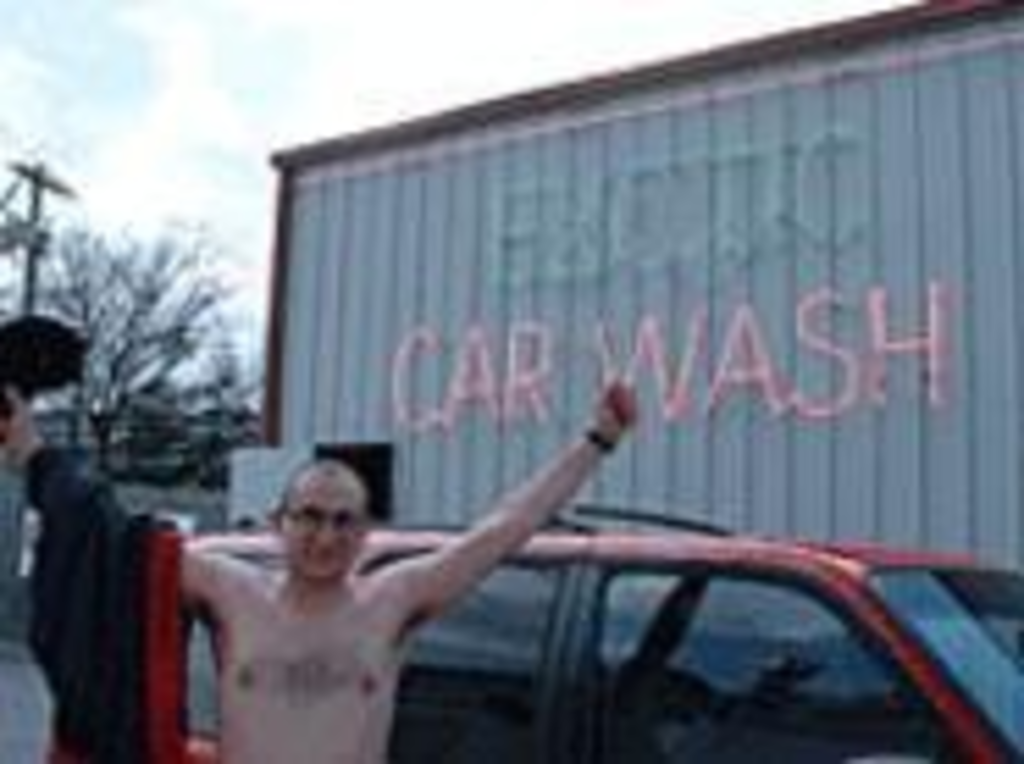 When Creedence Clearwater Revival wrote “Traveling Band,” its members probably never imagined — except, perhaps, in a fit of ’70s sci-fi fancy — that the tune would become a mantra for a squeaky-voiced certified chemistry teacher and his electronic companion. But Adam “Atom” Goren has come to epitomize the rock musician’s nomadic lifestyle, playing basements, punk clubs and balconies with just a guitar and his Package, a Yamaha QY700 sequencer that provides him with more possible noises than even this prolific artist ever could use.

Atom first encountered the Package six years ago, when the actual traveling band in which he played, Fracture, called it quits. “A friend of mine played guitar and wrote music with a sequencer, and I thought it was really neat,” he says. “I thought it was a cool way to write songs without having to be in a band.” Soon, this punk-rock kid was making giddy pop with a machine, and eventually his dabblings with the Package evolved into a full-fledged project. While some accuse Atom of staging pretentious performance art or indulging in gimmickry, he maintains Atom and His Package stems merely from his boredom and need for a musical outlet.

“It’s not like I intended this to be a band by any means, not like, ‘Oh, I’m going to start this wacky one-person punk-synth band,'” Atom clarifies. But soon, Atom came to enjoy being his own boss.

“I don’t miss playing with actual humans anymore because it’s so much easier to be productive for me without having to work around other people’s schedules,” Atom says. “Plus, having to carry heavy shit really sucks, and I don’t have to do that anymore.” Despite the Package’s relatively light weight, Atom had few plans to take it on the road, but his friends in the band Franklin convinced him to open up a few shows on their East Coast tour, and, he says, “It sorta just took off from there.”

Since then, Atom has documented his travels with tour diaries (posted on www.atomandhispackage.com) that provide an extended showcase for the wry sense of humor he displays during tunes such as “Tim Allen Is Not Very Funny” and “Me and My Black Metal Friends.” He recently returned from a trek to the United Kingdom and Israel, during which he found himself dissatisfied with an unorthodox gig in Germany.

“I played on the back porch on the third floor of this apartment building,” he recalls. “I was on this deck covered in sod for some reason, in the middle of this courtyard of five forty-story apartment buildings. Everyone was looking out their window, and a bunch of old people were yelling at me, and they were definitely not into what I was doing, and I really wasn’t into being outside and doing it at that point in time, either.”

Overseas shows can be an adventure for Atom, given that the pop-culture references that float tunes such as “Sting Can’t Possibly Be the Same Guy Who Was in The Police” might fall flat in, say, Japan. “That was the only place where it consistently didn’t make any sense to anybody, really,” Atom recalls. “There was this language barrier, and I tend to explain what the songs are about, and that’s part of what’s enjoyable about it.”

Atom’s songs are an amusing collection of quirky tributes (on “Pumping for Enya,” he joins a gym to impress the new-age icon; “Hats Off to Halford” duly notes Judas Priest screamer Rob Halford’s courage in announcing his homosexuality to a largely gay-bashing metal scene); matter-of-fact declarations (the self-explanatory “People in This Computer Lab Should Shut the Hell Up”); and diatribes in favor of the metric system. But while his animated discussions of the stories behind the songs do provide premium entertainment value, they’re only part of what makes his live shows so engaging. Atom wields his mic with the confidence of a top-notch MC, pseudo-rapping and singing as the Package, often placed on a stool, whirs and luminates the club with its flashing lights. The concert becomes an irresistible mix of karaoke, stand-up comedy and performance art, all while maintaining the spirit and energy of a punk-rock show.

Atom is part of a party atmosphere almost every night, which, in his mind, more than compensates for the lonely, day-to-day, traveling-salesman aspect of a solo musician’s life on the road. “It’s definitely my dream job, if I can even call it that,” he raves. “I make enough to pay rent and eat food and buy records, and it’s been more successful than I ever would have thought.”