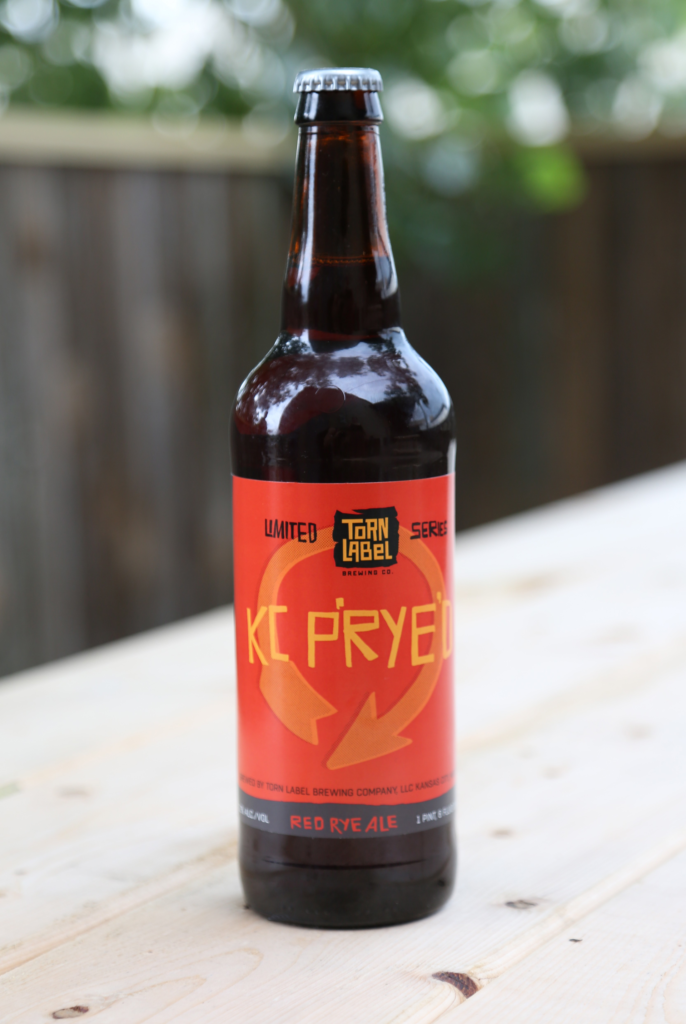 The Kansas side of the state line is getting something Missouri won’t: Torn Label Brewing Co.’s first bottle release, KC P’Rye’d.

Due to Missouri’s backed-up label-approval process, the red-rye ale with Simcoe will be released this week in bomber bottles exclusively in the Sunflower State.

“I would love to be able to release it in Missouri,” Torn Label’s Rafi Chaudry tells The Pitch, “but it’s a hop-forward beer, and any delay in shipping while we await label approval is only going to hurt the beer.”

Fret not, Show-Me Staters. This is only the beginning of Torn Label in stores. The next beers set to be released in the larger-format bottles are Tongue-Lash sour ale and Lumber Lung, which was tapped for the first time earlier this week at Torn Label’s tasting room at 1708 Campbell. Both beers will be sold at the taproom and distributed in Kansas and Missouri, pending label approval.

“We will continue in that fashion, bottling our more small-batch offerings for limited release in 22-ounce format,” Chaudry says. “We can’t do huge bottle runs because we use a handmade bottling line that [brewmaster] Travis [Moore] built himself, which can only fill four bombers at a time, so it’s a slow, labor-intensive process.”

What about getting the flagship beers in stores?

“The plan is to eventually can Alpha Pale, Monk & Honey and House Brew, but that’s a few steps away,” Chaudry says. “Bombers will be the release format for our more limited, rotational beers.”

As for Lumber Lung, the oaked brown ale is the first beer in the brewery’s “Artist Collaboration” series — and it was inspired by woodworker Peter Warren, who built Torn Label’s taproom.

“Drawing from Peter’s use of reclaimed wood, we salvaged a Missouri white oak tree that had fallen in Kansas City’s Valentine neighborhood, cut and charred it, and infused a brown-ale base with the resulting toasted oak staves,” reads Torn Label’s description of the beer.

The plan is to send out a limited number of Lumber Lung kegs to bars and restaurants, with the rest to be bottled for a future release.