Tom Cruise and company deliver a great time, against the odds. 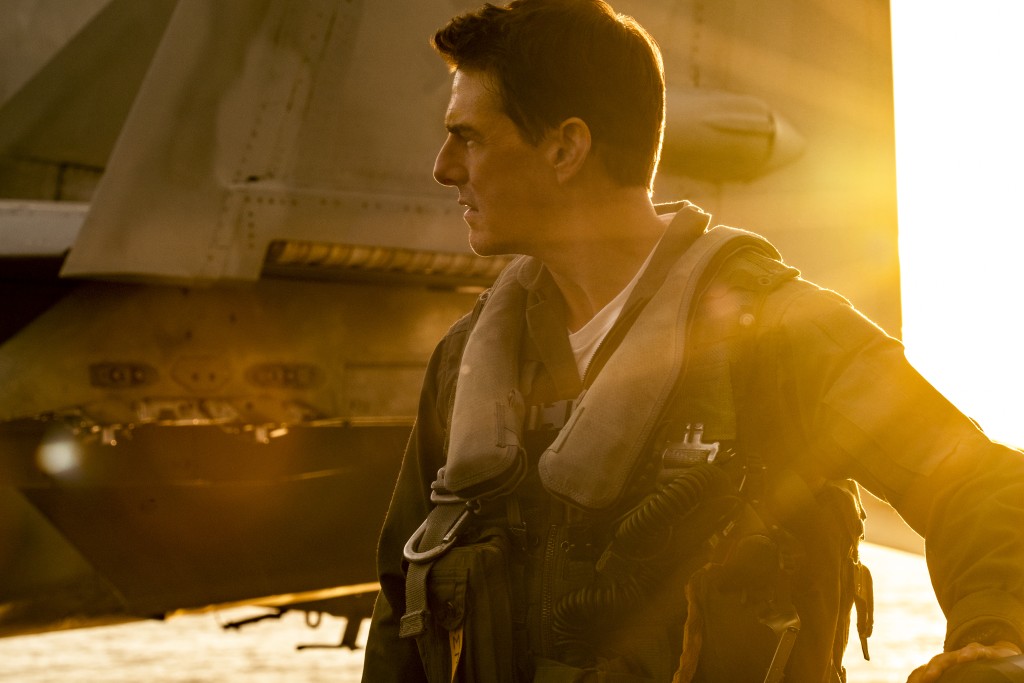 With the constant flood of “legacy sequels” clogging up theaters, you’d be forgiven for sighing at the arrival of Top Gun: Maverick. This movie has something the others don’t, however: Tom Cruise and his death wish stunt work in the cockpit. You can’t count Cruise out, which is why

Top Gun: Maverick, against incredible odds, is as thrilling and stupefyingly enjoyable as it is.

Since the events of the original Top Gun, Pete “Maverick” Mitchell (Cruise) has managed to do only one thing right: flying jets better than anyone else for over 30 years. As great as an accomplishment as that is, he’s viewed as a relic by his superiors, avoiding promotions by insisting he doesn’t know how to be anything but a pilot.

After a run-in with an admiral (Ed Harris) almost gets him officially canned, Maverick finds himself back at the Top Gun academy, where he must train a new slate of candidates for a dangerous mission. A “rogue state” is weeks away from putting a uranium factory online, threatening the whole world. The proposed mission makes the Star Wars’ Death Star run look like a cakewalk.

Maverick presents a slightly different Pete Mitchell than the original Top Gun. He still has a reckless attitude, but there’s more wisdom behind his eyes, and a willingness to put his career on the line for the safety of his crew. That soulfulness—and eventual emotional string-pulling—is what sends this film soaring past the original.

The new generation of pilots under Maverick’s care has its own set of standouts. Cocky Hangman (Glen Powell) knows he’s the best and flaunts it. The unlikely pair of Phoenix (Monica Barbaro) and her navigator Bob (Lewis Pullman) are his opposites, working better together than the rest of the pack. Rooster (Miles Teller) is a top-notch pilot but carries baggage as the son of Goose (Anthony Edwards), Maverick’s former wingman who tragically died in Top Gun.

To get them ready for a mission that might not see them come home, the renegade Maverick has to unlock the recruits’ full potential under pressure from watch commander Cyclone (Jon Hamm), who’s looking for reasons to kick Maverick off his base. Fortunately, Maverick has the support of his adversary-turned-friend Iceman (Val Kilmer) and old flame Penny (Jennifer Connelly).

Speed is the name of the game when it comes to Top Gun: Maverick. Sure, there’s a literal ticking clock, but the movie also clips along at a breakneck pace, smoothing over minor potholes along the way. This process makes the film into an adrenaline-fueled thrill ride.

Every time the camera enters a cockpit, you hope that ride will never end, thanks to incredible aerial combat photography courtesy of cinematographer Claudio Miranda, which will likely leave many wondering “how the hell did they do that?” while fist-pumping the air like a little kid.

Fortunately, they never hamper the experience. It speaks volumes about the value of blockbuster spectacle, showmanship, and commitment to craft.

Many a late-set sequel of this type has dropped the ball when it comes to delivering the same goods Top Gun: Maverick wholeheartedly sells.

Fortunately, if there’s anyone up to the task of delivering exceptional big-budget entertainment, it’s Cruise and director Joseph Kosinski.

This is a clean, muscular movie that knows how to show its audience a good time, and creates the rare summer blockbuster sequel that tops (heh) the original in every possible way.