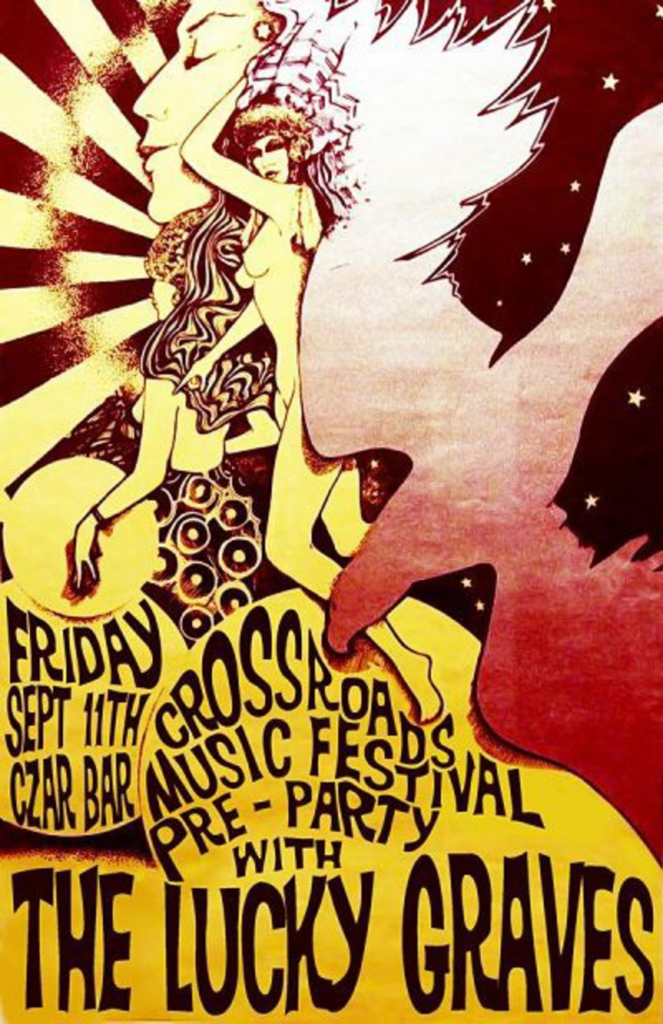 No one in the boneyard got swagger like the Lucky Graves. The power trio is playing tonight at the Czar Bar at 10:45 as one of those Crossroads Music Fest pre-parties and if you’ve heard somewhere, at some point in your life, that blues-rock can still, in this woebegotten, post-1974, indie-pop-electro-corn-syrup day and age, actually be good, then you better get your ass down.

It’s a testament to local bands’ lack of self-promotional savvy that the Graves criminally good new songs have mere handfuls of listens on MySpace. (In fact, as I’ve been writing this, I just bumped the play counts of two of them up to 100. Woo!) Earlier this week, I dropped by the LGs’ page, not knowing anything had been updated since the band came together in ’06 and dropped Dream Machine. But, lo, the low-spark of roughshod motherfuckers began issuing from my Sennheisers, and I was hooked. It took me back to my youth, when I used to stay up late at night in my bunk bed listening to classic rock FM and mixing together potions that would give me muscles and fabulous hair, and once in a while, the DJ would slip in something strange, something from the Lost Ether of Rock Memory — like Uriah Heep or Budgie or some obscure Humble Pie song — and my ears would perk up and I would realize that I didn’t need to be good-looking, I just needed to learn guitar and become British!

This new direction for the Lucky Graves seems to find frontman Adam Stotts — whose howlin’ tenor hath no equal — getting further away from the aggressive, dissonant alt-rock of his previous band, Overstep, and deeper into the mystic. (By the way, If you can tell me what psychedelic Zeppelin song is referenced in “Summer of Love,” they you’re a friend of mine). The new sound definitely suits him, as you’ll hear on this blues-shivving new cut. Jack White, get our your notepad.