Tonight! Emperor X at the Jackpot in Lawrence! Snag an MP3 and Video! 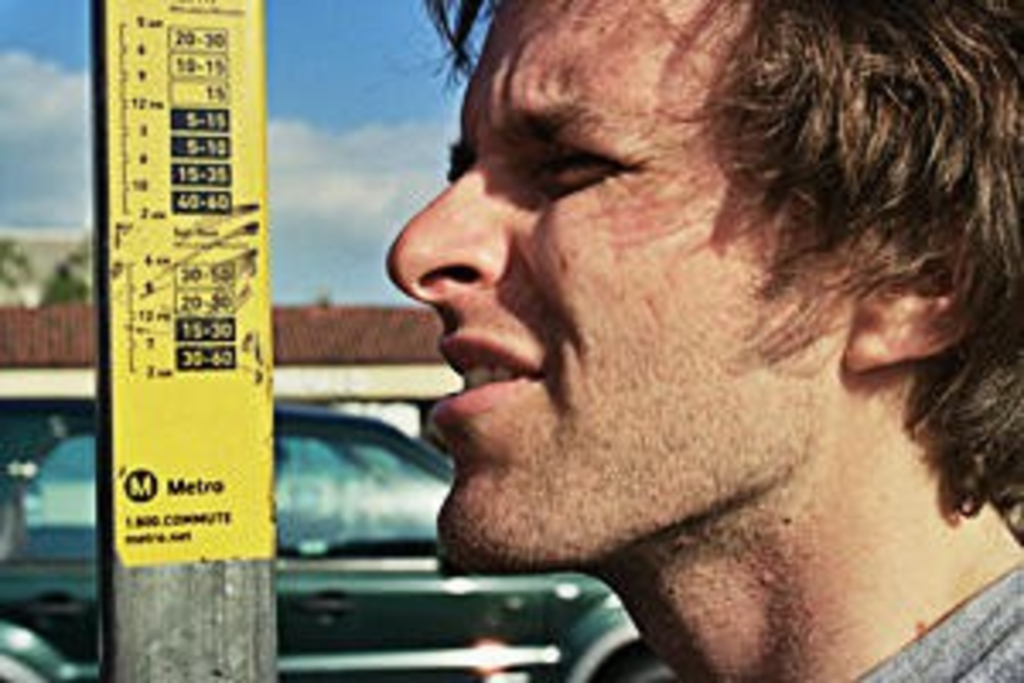 Chad Matheny wears many hats. He’s been in an R.E.M. cover band with members of the NYC jangle-fuzz band Oxford Collapse.

He’s a fierce defender of public transportation. He’s a big fan of geocaching and digital music. And tonight, as his band alter ego Emperor X, Matheny is playing in Lawrence at the Jackpot with I Need Sleep and Tommy Ferrari & the Future Motion Machines. (No relation to Eddie & the Hot Rods, I assume.)

Shae Moseley of my paper, the Riverfront Times, describes Emperor X’s music as follows, in this week’s print blog:

Matheny’s music cycles between lo-fi, acoustic indie folk and intricate electronic music adventures, where effects and tape manipulation create one-of-a kind sound collages. (Imagine someone utilizing whatever might be within immediate reach to create percussive bursts of indie-rock ear candy.) This isn’t the homogenized, regurgitated trend-recycling pap that passes for “indie” or “experimental” music these days, but a more heartfelt, imaginative song canon that takes listeners to a singular space in time.

Read the rest here. In recent months, Matheny has been hiding out in Edwardsville, Illinois (which is just outside of St. Louis), and living in a house with So Many Dynamos guitarist Ryan Wasoba and his wife. (Incidentally, the Dynamos’ Vagrant debut, The Loud Wars, just came out yesterday, and the band is headlining the Record Bar on July 9. Shameless plug.) After this current tour, however, Matheny is heading to L.A.

Below, snag an MP3 from Emperor X’s latest album, The Blythe Archives, Volume Two. It involves barking and meowing, and pretty much rules. Also below, view the video for “A Violent Translation of the Concordia Headscarp.” which Matheny says “was shot on an infrared camera inside an not-under-construction-anymore recession ghost house Emily Yoshida and I infiltrated earlier this year. Watch out for falling planks, and try to spot the moment when the camera was most imperiled.”