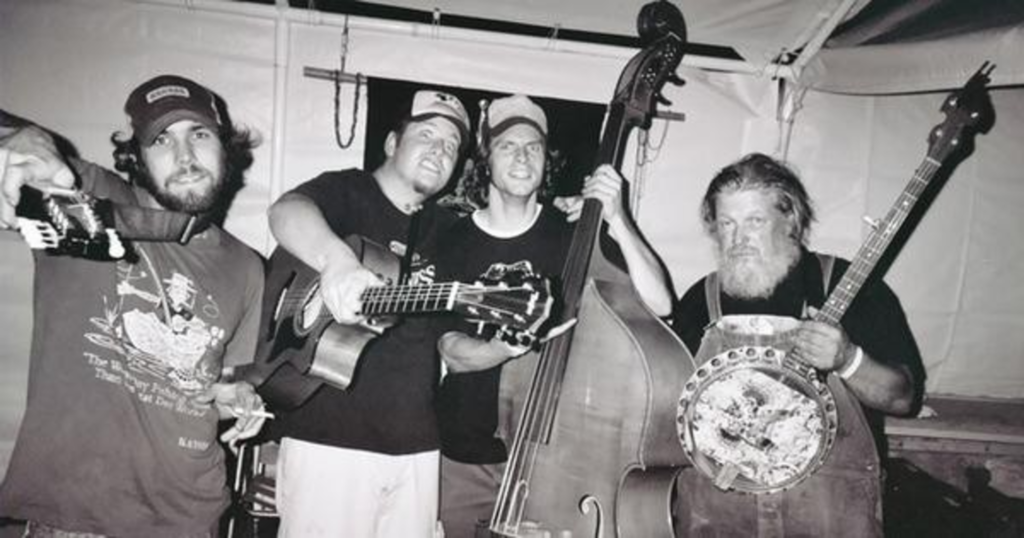 Fans of Split Lip Rayfield and other boogan bluegrass shredders will want to skedaddle on over to Riot Room tonight (Thursday) to catch Deadman Flats. The four-piece string band has become a big draw in Lawrence with its Roger-Miller-gone-wrong songs about PBR, zombies and dudes who hit on Wal-Mart greeters.

The group is currently working on a follow-up to its debut album, Antlers, which featured some excellent banjo work from a busker they picked on Mass. St. (Mike Helvey). They’ll head west to Colorado in early March to freak the fuck outta all those unsuspecting jam-band granolas, and then to Arkansas where they’ll presumably feel right at home.

Here’s a couple Deadman Flats tunes off Antlers to add to your next goin’-to-Winfield mixtape: