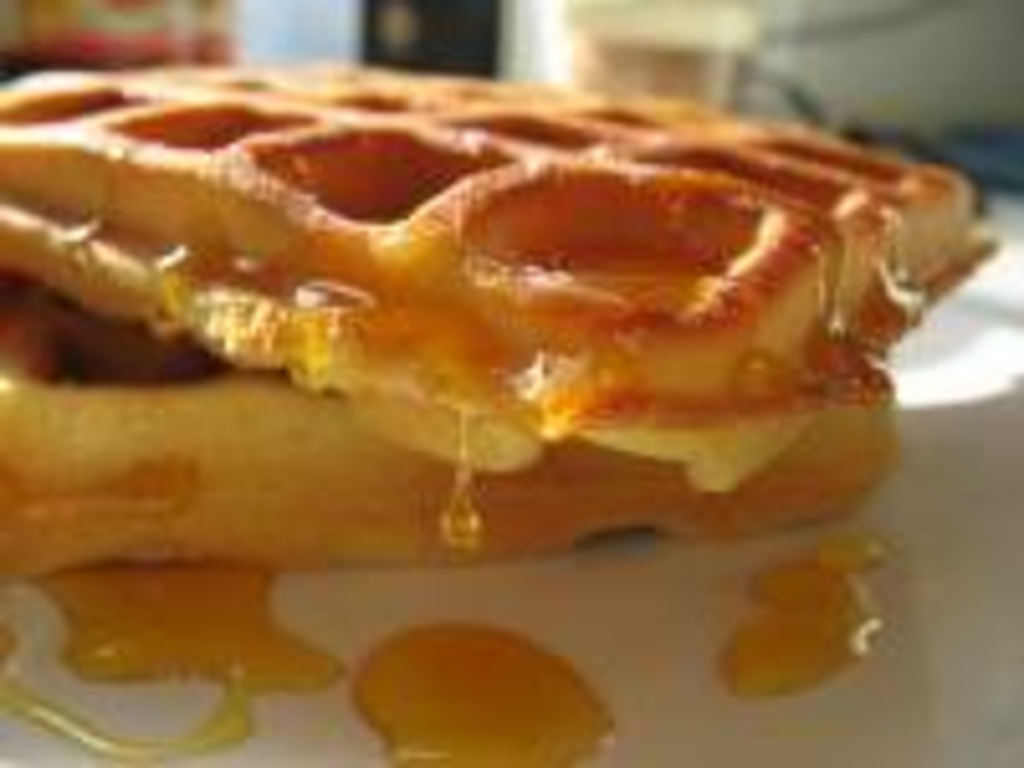 Sometimes it seems like food holidays are chosen on a purely arbitrary basis. I mean, is there a historical reason to celebrate today as National Chocolate-Covered Raisin Day?

But tomorrow is International Waffle Day — National Waffle Day is in August, in case you’d like to note it on your calendar — and there’s a legitimate reason to haul out those heavy waffle irons and mix up some batter. In Sweden, March 25 is celebrated as Vaffeldagen (also known as Varfrudagen, or Feast of the Annunciation) and it is considered to be a rite of spring to eat waffles.

The thing about waffles is that you have to eat them immediately after they’re pried out of the hot iron — the crispy exterior begins to harden pretty quickly and the delicacy can turn chewy or rock-hard (it all hinges on the batter) before you get the chance to slather the distinctive honeycombed surface with butter and maple syrup.

That’s the reason I’d rather get a waffle made in a restaurant than going through the fuss of making one at home. I had a great fondness for the malted waffles served at the recently closed Poco’s on the Boulevard, but it was the same recipe used by the cooks at the Waid’s restaurant in Prairie Village. The best waffles in the city are served at the Waffle House restaurants. I might have added one of the IHOP locations, but most of those serve the fat, tasteless Belgian waffles, which I hate. I understand that restaurateur Beth Barden serves a great waffle at Succotash, although I’ve never tasted one.

In fact, I really prefer pancakes. But writing about waffles, which apparently date back to the time of Plato, has made me hungry enough to want to go out and get one.