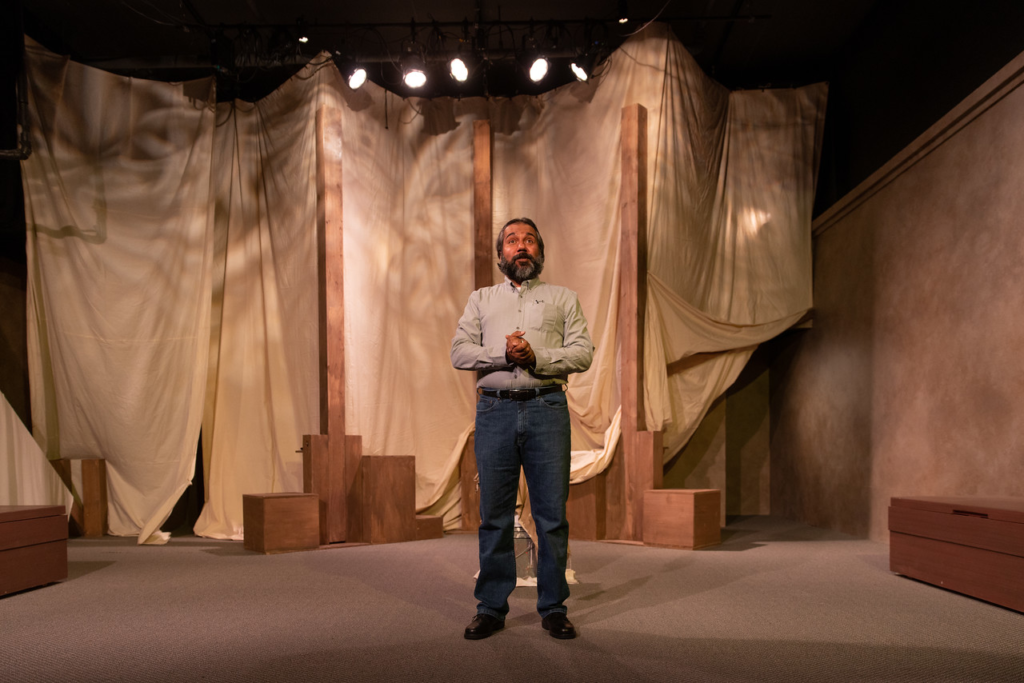 Last year, the Living Room Theatre refocused its mission on producing new, homegrown plays. To cap its eighth season, the Living Room is extending its commitment to local theater even further: Tomorrow, Inshallah, a world premiere play about Islamophobia and the experiences of American Muslims, is set in Kansas City.

The setting wasn’t a foregone conclusion. StoryWorks, a project of The Center for Investigative Reporting, commissioned the play based on extensive reporting by Rowaida Abdelaziz and Christopher Mathias for The Huffington Post. The pair created the Islamophobia Tracker, documenting 385 anti-Muslim incidents across the country in 2016. A quick scan of the tracker suggests the play could have taken place anywhere.

But to director Jennifer Welch, Kansas City was an obvious choice. She had previously worked with The Living Room on Justice in the Embers, another StoryWorks production, and cited “the incredible artistic community here” for her return. “I think the theater artists in KC are phenomenal, wonderful collaborators,” Welch said.

There were other reasons to keep it local — a large Muslim community with deep roots in the city and interfaith organizations such as the Crescent Peace Society that bring different groups of Muslims together.

And a couple of high-profile hate crimes.

Playwright Rehana Lew Mirza structured some of the play around the February 2017 shooting at Austins Bar & Grill in Olathe, in which two men were wounded and one man, 32-year-old Srinivas Kuchibhotla, was killed. Witnesses said that the shooter used racial slurs and told the men to “get out of my country” before he opened fire.

To Mirza, the play provided a chance to explore the whys and hows of that event more than a traditional news story.

“An article starts and stops at the moment of the event,” she told me by phone. “Theater can go before it and beyond it and around it.”

Mirza spent a month listening to the raw recordings of all of the interviews Abdelaziz and Mathias had done before writing the play. Choosing a single story to follow seemed impossible — the interviewees spanned states, sects, races, ages. So she decided not to. Instead, Mirza created what she calls “a sort of collage of what it means to be Muslim-American.” 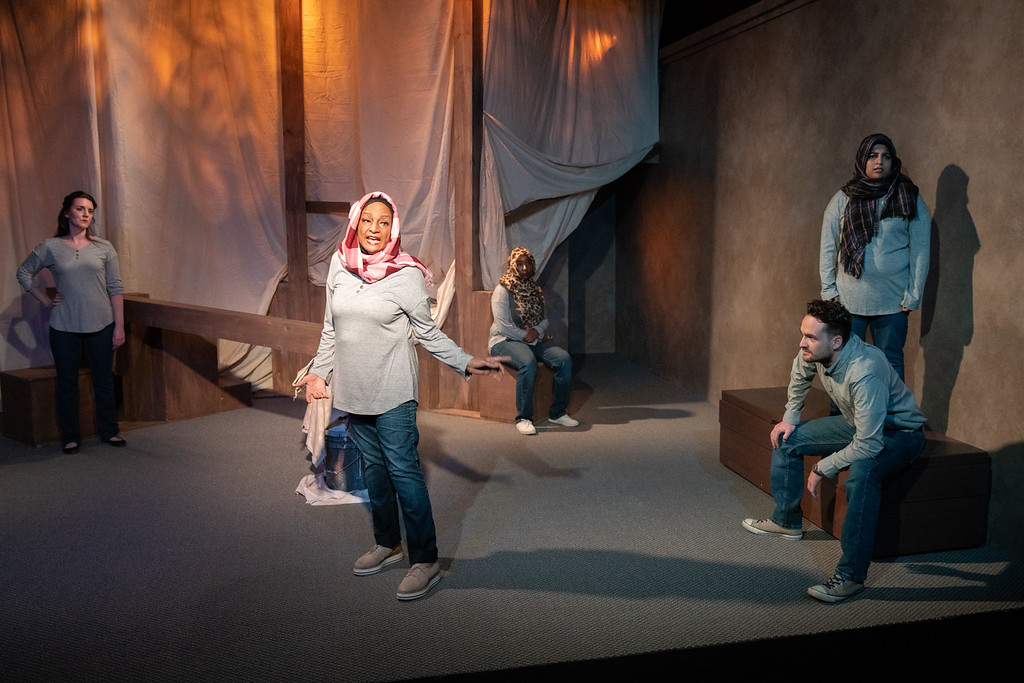 In addition to the shooting at Austins Bar, Mirza’s script touches on the 2016 plot by a white militia group in Garden City, Kansas, to bomb an apartment building home to several Somali refugees. Still, Welch says there will be moments of laughter and levity in the play. Mirza is known for her sharp comedic sensibilities as a playwright in addition to her willingness to tackle difficult topics.

But don’t expect her to play loose with facts. The characters are based on real people; some of the names may sound familiar to local audiences. Mahnaz Shabbir, founder of the Crescent Peace Society, is a character in the play, as is Daniah Hammouda, a local Muslim youth leader. Most of the lines in the play come directly from Abdelaziz’s and Mathias’s interviews. And Welch says some of her actors have interviewed their real-life counterparts further to flesh out the roles and refine their portrayals.

Although Abdelaziz and Mathias didn’t dictate the plot, Mirza took two of their suggestions to heart. Abdelaziz wanted to include a woman who wears the hijab (“they’re seen in a very distinct way, but not often heard from,” Mirza explained). Mathias wanted to include some of his interview with conservative talk radio host Chris Baker (“it speaks to the deep misunderstanding between communities that this play can help address,” Welch added.) The final draft included both.

The resulting script promises a complex look at the experiences of local Muslims — one that Welch hopes will transform reporting into action. “So often, when we are absorbing the news, it’s in solitude,” Welch said. “When you bring reporting into the theater like this, it’s collective witnessing. We as a community are experiencing the reporting. And that changes people.”

To foster that change, half of the tickets to Tomorrow, Inshallah will be free community tickets — to claim one, just check in with the box office before the performance.

Through August 5 at the Living Room Theatre (1818 McGee)