Today is New England Clam Chowder Day, and here’s where to get it 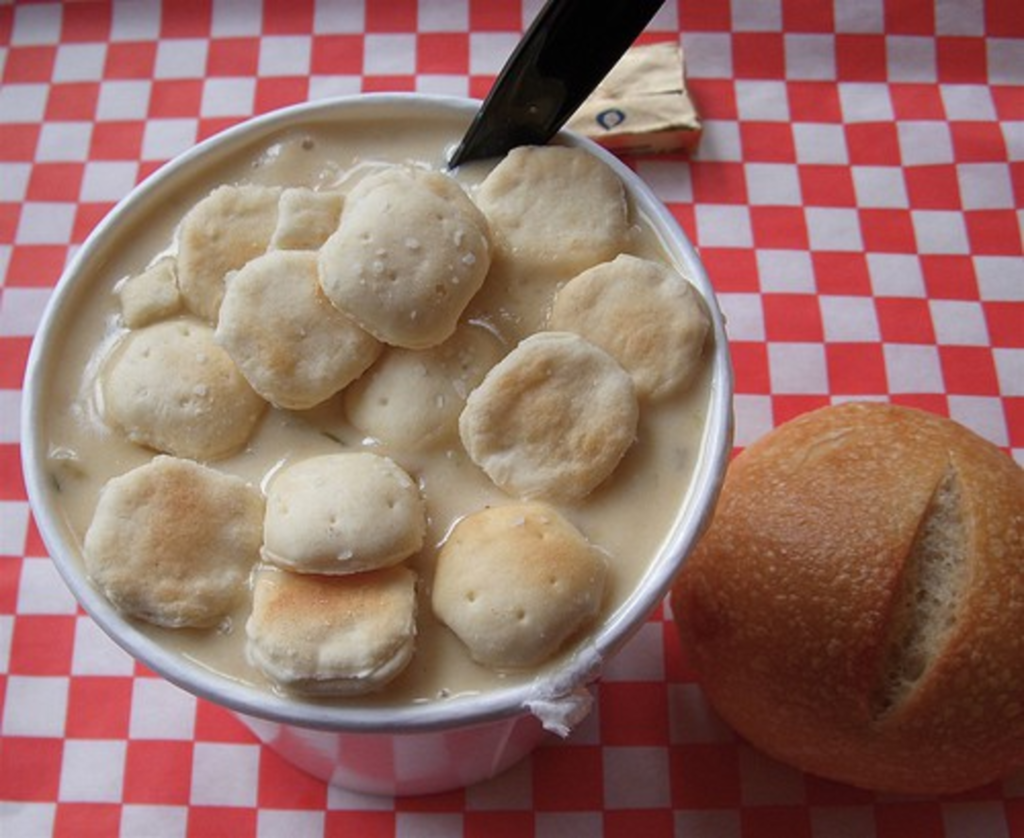 Here are several places in the metro where you can find a nice hot bowl of New England clam chowder in Kansas City today, National Clam Chowder Day. The Savoy Grill at 219 West Ninth Street offers a bowl for $8.75 (it also serves Manhattan clam chowder). The Bristol at 51 East 14th Street has the clam chowder on its Restaurant Week menu, but usually a bowl goes for $7.50. And McCormick & Schmick’s at 448 West 47th Street serves a bowl for $5.99.

The local outposts of the Panera Bread cafes serve chowder – the New England version – only on Fridays.

And what is the difference between New England clam chowder and the Manhattan, New Jersey, Rhode Island and Delaware versions? Read on.

And where in landlocked Kansas City do you go for clam chowder?