To what extent will people go for free food? 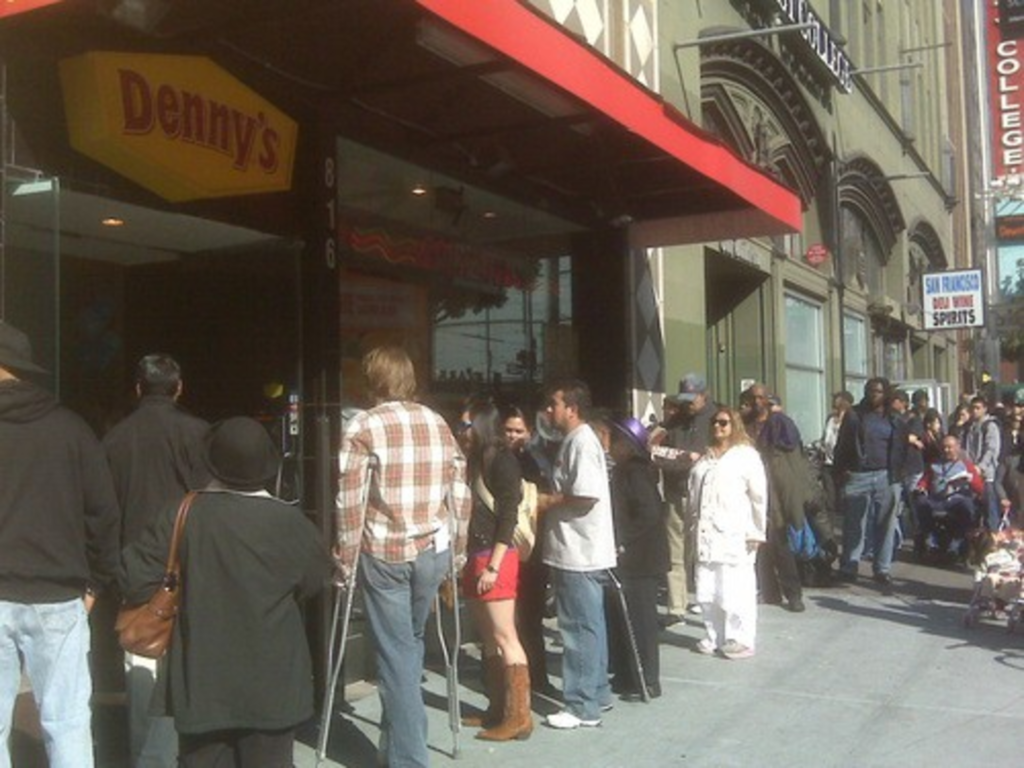 While Fat City regularly reports news about giveaways and free meals, I’ve rarely gone to these events myself. Mainly because I hate waiting in lines. Waiting 90 minutes for a $5 breakfast is valuing your time at little over three dollars per hour. As the Chicago Tribune points out, nearly every “free” item turns out to actually be cost-prohibitive,

Perhaps the most vivid example of this appetite-driven behavior came

earlier this month … Oprah directed followers to her Web site to

tab. Predictably, the site was swamped.

to access the free-chicken voucher at Oprah.com. One woman said it took

her more than three hours to print the coupon … At a KFC in Manhattan, there were reports of patrons staging a

sit-in at the restaurant.

The article implies that people’s irrational response to food giveaways is because of the economy. To which I say bull.

It’s human nature to throw sanity out the window for free food. As witnessed by the Cooper’s Hill Cheese-Rolling.