To U2 or Not to U2? Or is that 2U? Irish Fest calls for a vote on whether to bring a U2 tribute band to this year’s festival. 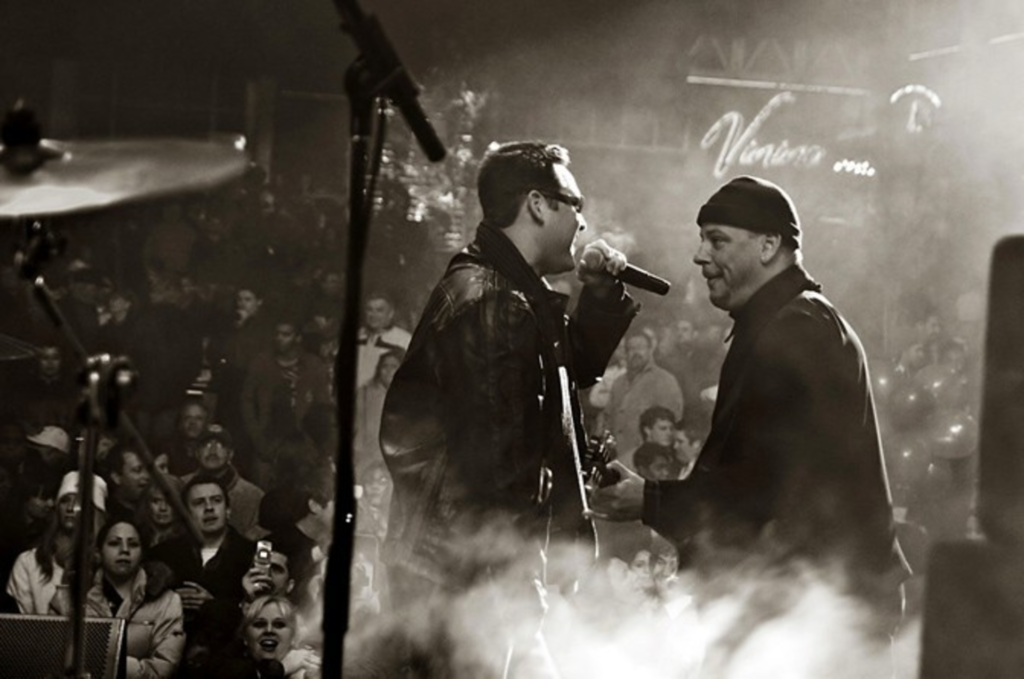 While the real U2 enjoys a maelstrom of attention around its latest release, No Line on the Horizon (which, in my opinion, has both genuinely awesome songs and some real cheez), Dan Regan, president of Kansas City’s beloved annual Irish Fest (which, in my opinion, is fabulous) is polling readers of his Tir Na Blog as to whether he should book a U2 tribute band for this year’s Fest.

The past two years, a U2 cover band has played at Irish Fest on Friday night to big crowds. Should Irish Fest continue that trend in 2009?

Choice 1: NO! Cover bands are fine for bar gigs and frat parties but they don’t belong at a world class festival.

Choice 2: YES! Good, fun music is a great idea any time, especially to kick off the fest. Who cares who’s playing it?

Choice 3: I couldn’t care less. I’ll be at the other stage anyway.

Choice 4: I have no problem with cover bands. But not another U2 copy. Where’s the Thin Lizzy tribute?

Wow. I gotta say, all of those sound like good arguments. But to one local U2 tribute, there’s only one answer.